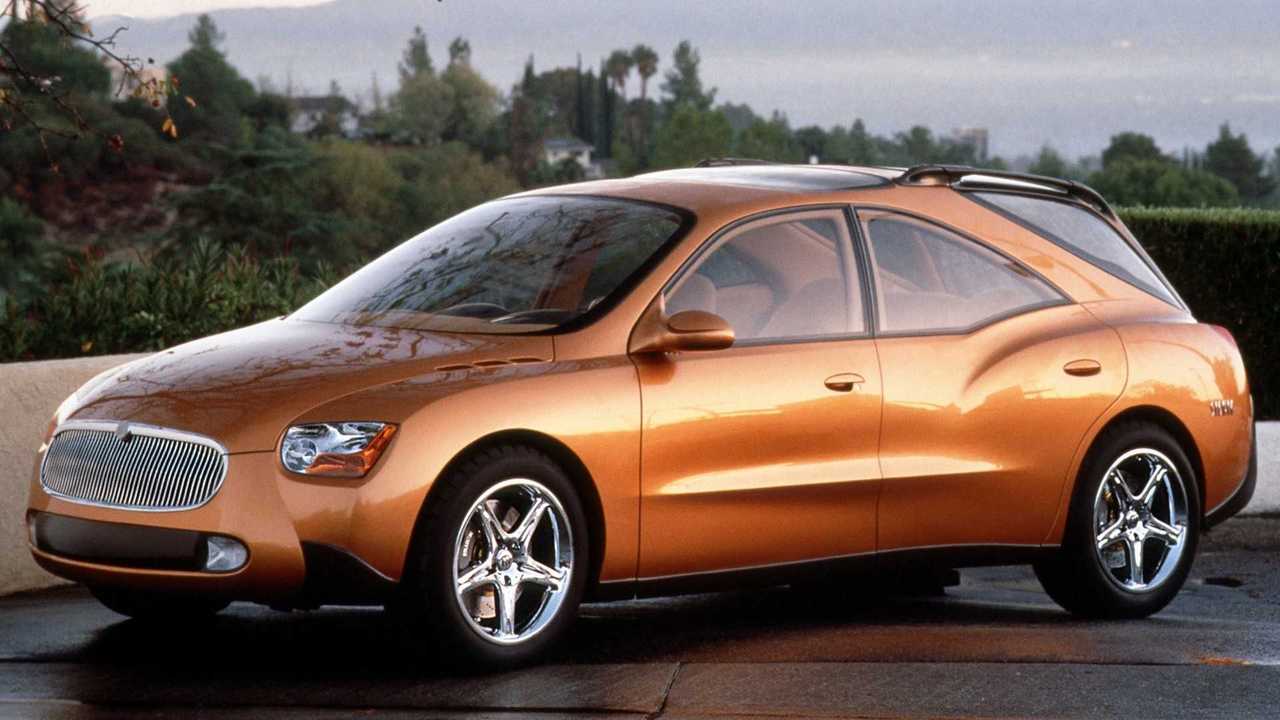 When the concept of form follows function is exaggerated, you end up with a hugely practical car that’s not exactly easy on the eyes.

Remember the relatively short-lived Rendezvous? Buick’s equivalent of the Pontiac Aztek certainly won’t go down in history as one of the prettiest crossovers, but it was arguably a lot better than this. Unveiled in 1998 or about three years before the production model, the Signia proposed an interesting combination: infusing some crossover cues into the Park Avenue sedan upon which it was heavily based.

While that sounds great to us, especially since Buick switched from front- to all-wheel drive, the end result was questionable, to say the least. The back of the car was perhaps the most controversial, with twin side-opening “barn doors” and a massive canopy making it look a lot like a hearse. The beak up front wasn’t any better either, which is something we can say the same about the wide hips of the rear fenders. From the side profile, you might say it bears a resemblance to the SsangYong Rodius.

But the Signia wasn’t all bad as Buick gave the peculiar concept a ton of features to make it versatile and practical. For example, the composite-plastic rear hatch was removable, so the concept was to some extent convertible into a pickup with a powered floor extending out the back by as much as 15 inches (38 centimeters). The large rear doors had a 90-degree opening to make loading and unloading cargo easier, while the hinged hatch also doubled as a cargo carrier since it had built-in roof rails.

Thankfully, the “upscale family sedan with SUV attributes” as described by Buick back in the day never made it to production, but official images of the concept still haunt us to this day.

The very first concept car in the automotive industry: