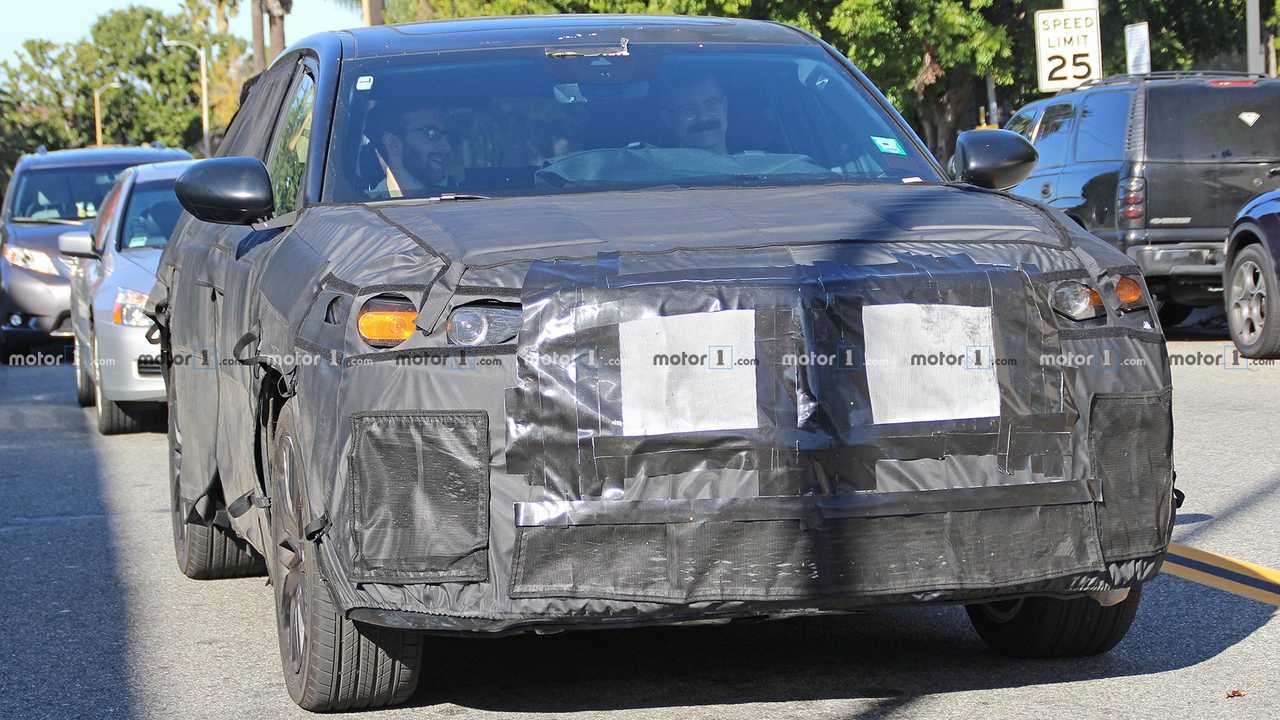 Acura can't hide what's underneath the body, though.

This heavily disguised SUV test mule is Acura's impressive effort to conceal a prototype for a sporty MDX Type S. There's no way to identify the vehicle as a performance-oriented model from the body, but our spies are able to snap a few shots underneath the machine to reveal the dual exhaust arrangement.

Acura covers this test mule that it's almost impossible to tell that this is one of the company's products, let alone that the machine is an MDX. The company even switches out the headlights from the SUV's standard LED headlights for placeholder pieces with big amber turn signals.

Is This The New Acura MDX Under Camouflage?

The company also disguises the interior and makes sure that none of its emblems are visible. The design of the vents on the center stack and the location of the engine start button lower on the console gives the model away as an MDX.

The photos underneath the SUV finally tell us something important about this MDX. Two exhaust pipes emerge from the engine, suggesting a V-oriented cylinder layout for the mill. The pipes terminate with a pair of outlets at each corner.

In January 2018, Acura announced that it was reviving the Type S badge for future performance models. The company said that it had a new turbocharged V6 under development for these vehicles, and the powerplant was exclusively for Acura-branded machines. The automaker said the Type S models wouldn't be too hardcore and would occupy a sporty spot akin to Audi's S-branded products.

Spy shots in 2018 showed Acura testing a heavily camouflaged TLX that we suspected might be the Type S. However, there haven't been any recent photos of the sporty model's development.