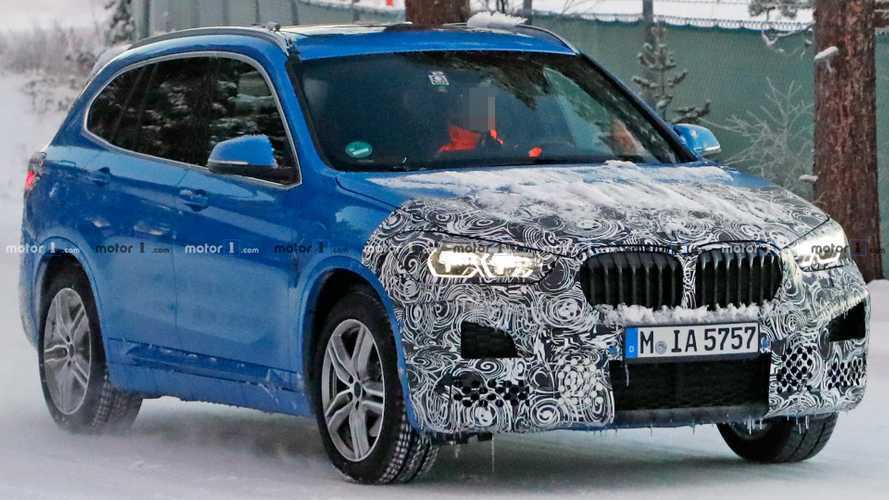 The updated X1 takes on styling cues from other BMW crossovers.

New spy shots provide a fresh look at BMW's development of a refreshed X1. This one is undergoing cold-weather evaluations, including a layer of snow adhering to the back.

BMW generally keeps the changes subtle for its mid-generation refreshes, which the company prefers to call Life Cycle Impulse, and the situation is no different for the updated X1. There are more angular inlets in the corners of the front fascia, and the LED runnings lights in the headlights have harder edges. At the back, the designers tweak the taillights' lamp while keeping the shape the same, and they fit a revised bumper.

The revisions definitely don't appear to overhaul the X1's styling. However, the tweaks should unify the crossover's look with the rest of BMW's utility vehicle lineup.

Check out the many spy photos of the BMW X1:

Spied: BMW X1 Getting Ready For A Minor Makeover

Inside, there's a larger infotainment screen, and the sharp-edged gearshift appears to be the same piece from the X2. The rest of the cabin's design appears to carry over from the current X1.

If there are powertrain changes, they are probably very minor. Gasoline-fueled models in Europe would probably receive a particulate filter to meet more stringent emissions standards. Revised engine control software for the diesel powerplants would help lower emissions. A full-bore X1 M is unlikely, but an M Performance variant would at least offer a sporty appearance.

We expect the refreshed X1 to have a public unveiling at the 2019 Geneva Motor Show in March, especially since BMW is skipping the North American International Auto Show in January. However, an online debut is possible before the automotive event.