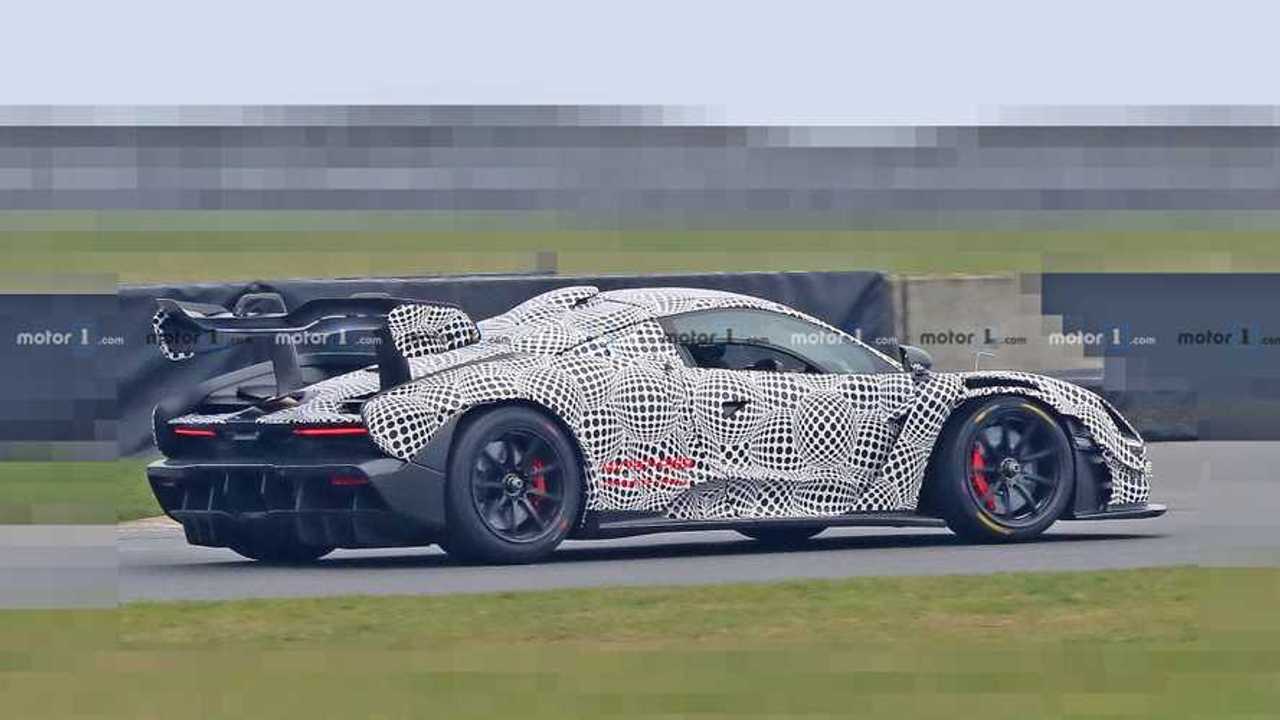 The track-only version of the hypercar is officially in development.

Back in March, McLaren rolled into the Geneva Motor Show with a radical interpretation of the already radical Senna. It was officially called the Senna GTR Concept, and now spy photographers have captured the first images we’ve seen of the production version, or at least, a prototype of it. The car is undergoing some track testing but apparently things are very secretive on this car, as everything in the background of these spy photos is blurred out.

From what we can see on this car through the camo wrap, there are some minor additions to the front fenders, and we can’t tell if that rear splitter is a bit larger. These minor differences could be by-products of the GTR’s slightly wider track compared to the standard car. It’s not nearly as radical as the concept car in terms of massive wings and other aero-related witchcraft, but if this an early prototype, there’s likely much more still to come in the form of spoilers, vents, and diffusers.

The Senna GTR should be incredible:

To The Surprise Of No One, McLaren Senna GTR Already Sold Out

As is often the case with spy shots like these, it’s usually what we can’t see that makes the big difference. The Senna’s 4.0-liter twin-turbo V8 already belts out 789 horsepower (588 kilowatts) in a package weighing roughly 2,600 pounds (1,200 kilograms). The GTR will have 813hp (606 kW) stuffed in a chassis that should weigh even less, crowned with aero bits designed to shove it into the ground even harder.

Whatever comes of the GTR, it will be extremely exclusive. McLaren said only 75 will be built and all of them are already sold. Moreover, it will not be a road-legal machine, so if you happen to be at the right race track at just the right time, you may get to see one in action.

The first Senna GTRs are expected to arrive late next year.