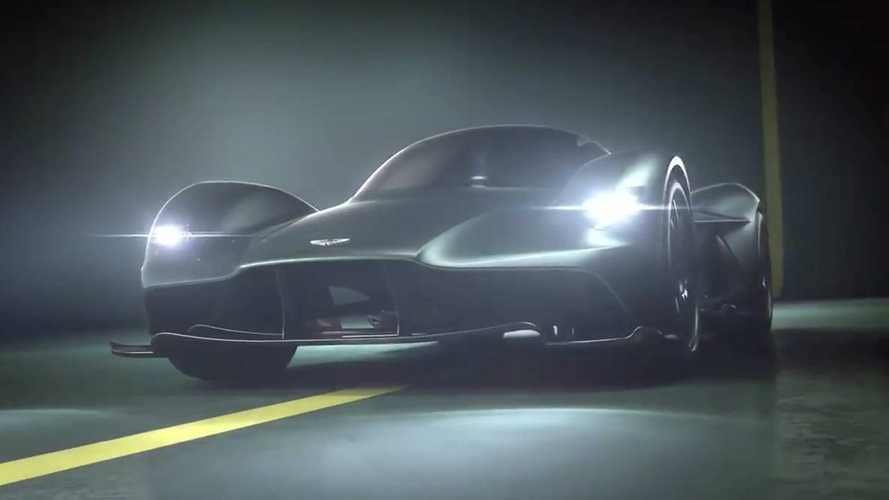 Much has been said about Aston Martin's mid-engined Valkyrie hypercar since it was first announced in 2016. We know that it will have 1,130 horsepower (843 kilowatts), courtesy of a Cosworth-built 6.5-liter V12, and that it will be capable of speeds well north of 200 miles per hour (321 kilometers per hour). But until now, we had no idea what the engine sounded like.

Thanks to a generous tweet by Aston Martin CEO Andy Palmer with a 20-second video clip attached (below), we now know what the Aston Martin Valkyrie will sound like when it hits the road. And it has an absolutely raucous exhaust note. The 6.5-liter V12 roars like a Formula 1 car. Though we don't get to see the car in action, the 20-second clip gives us a lot to look forward to in the coming months as the company continues testing.

The Aston's Cosworth 6.5-liter V12 will be the most powerful naturally aspirated engine ever. Currently, that title goes to the Ferrari 812 Superfast, whose 6.5-liter V12 makes a generous 789 hp (588 kW). The Valkyrie's engine will utilize an F1-inspired Kinetic Energy Recovery System (or, KERS) to boost power, co-developed with Red Bull Racing with the help of F1 drivers Daniel Ricciardo and Max Verstappen.

Testing of the Aston Martin Valkyrie will continue into 2018. The company says it hopes to have a working prototype on the road before the end of the year, with production scheduled to kick off early in 2019.

Aston Martin plans to build just 150 examples of the Valkyrie, each at a cost of around $3.2 million. But all of them already accounted for. Some customers are attempting to sell off pre-orders, but Aston Martin says that it will cancel the order of anyone it catches attempting to flip their build slot for a profit.