Someone Buy This Rare Dodge Neon ACR Before We Do 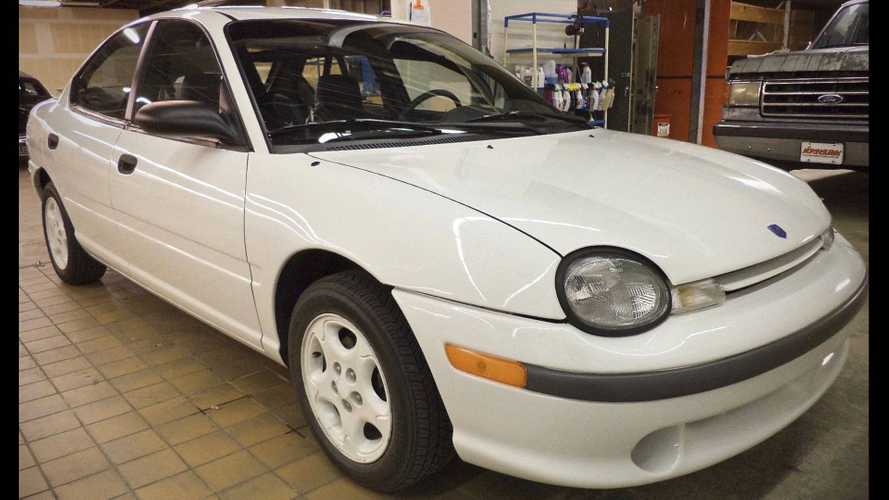 It was only available to SCCA members in 1994, and it looks fantastic.

Ordinarily, we wouldn’t devote much text to the Dodge Neon. As far as small cars go, it wasn’t exactly what you’d call a crown jewel. Depending on who you talk to, this little runabout from the mid-1990s is either a bad car, or something which is simply too vulgar to post here. Thing is, we aren’t most people. And this car isn’t most Neons.

What we’ve found is a 1994 Dodge Neon ACR, currently selling on eBay at a stupid low reserve-not-met bid price of just $2,025 as of this writing. There are still three days left in the auction, and we suspect that number will go up. We hope it does, because frankly, we’re tempted to pull the trigger ourselves. Why would we – or anyone – be interested in a 24-year-old Neon? Because ACR, that’s why.

You could also buy these cars

Mecum's Auctioning A Busted Up Porsche 959 In Monterey

History associates the Neon with poor quality and reliability, but grassroots racers – and specifically Sports Car Club of America (SCCA) members – know the Neon was actually quite an athletic car. Dodge knew it as well, which is why the ACR was a factory-built race version of the Neon that, in the early years at least, was only available to SCCA members for purchase. It was stripped of sound deadening and pretty much everything not related to going fast. Underneath it had fatter sway bars, adjustable struts, and it was the only Neon to get four-wheel disc brakes. Four-door ACRs like this one ran the base 130-horsepower (97-kilowatt) SOHC engine, while later coupes got the hotter 150hp (112 kW) DOHC mill.

This particular car seems to be in phenomenal condition considering it’s listed as having over 134,000 miles. That’s because the current owner (who apparently has a Dodge dealership) replaced pretty much all the interior bits and gave the car a fresh coat of paint. The same owner also raced the car around the country, and the listing does show it fitted with a bolt-in roll cage. The auction references an article from Hemmings back in 2014 that, curiously enough, features the same photos used in the current listing. We’d expect to see recent photos, but if the car is basically in storage, there’s probably not much else to see.

We don’t know what the reserve price is, but if it’s not much more than the current $2,025 bid, this could be a great little racer for a crazy low price.