And thank heavens the U.S.-bound Kicks is equipped with one.

Crossovers are the in thing these days, and there’s no way to refute that. However, there’s a precaution about crossovers that needs to be addressed by the manufacturers – their high center of gravity.

Higher ground clearance and being top-heavy has its advantages such as more types of roads to plight on to and water-wading capabilities during floods. But, it has its disadvantages, too. With high center of gravity, handling is greatly compromised, which could also mean an unsafe car to use on winding roads or during evasive action.

The dreaded Moose Test on video: 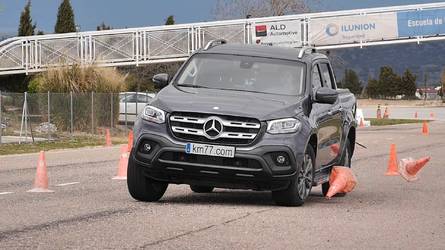 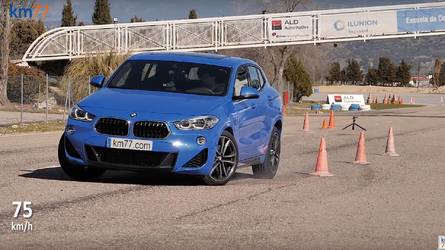 Good thing, electronic safety systems, such as the Electronic Stability Program, are there to serve as an extra blanket of safety for modern car owners. How important is ESP in cars? This handling test video from the Mexican auto publication Autologia is one proof, on one of the most talked about crossovers these days – the Nissan Kicks.

Apparently, ESP comes as an option in Mexican-sold Kicks. To show its importance, though, Autologia did a “moose test” on it. If you haven’t heard of that safety test with a comical monicker, it’s a dreaded course wherein the car will simulate avoiding a sudden obstacle, like a crossing moose, and then get back on track. There are a lot of cars that failed this test, including the 2016 Toyota Hilux.

Jump to the 9:00 mark of the video to see the moose test of the Kicks without ESP. The crossover almost heeled off and toppled over with a speed of 40 miles per hour. It was death-defying, and you could actually see the stress on the test driver’s face. A similar test was done to the Kicks with ESP, and it did just fine.

Luckily, the U.S.-bound Kicks comes with ESP on all trim levels. We all know that the Juke is bound to leave the U.S. market to make way for the more-conventional-looking Kicks. It’s just a matter of the market's general preference, really, and Americans aren’t fond of the Juke so much as the Europeans. That’s fine. It is what it is.