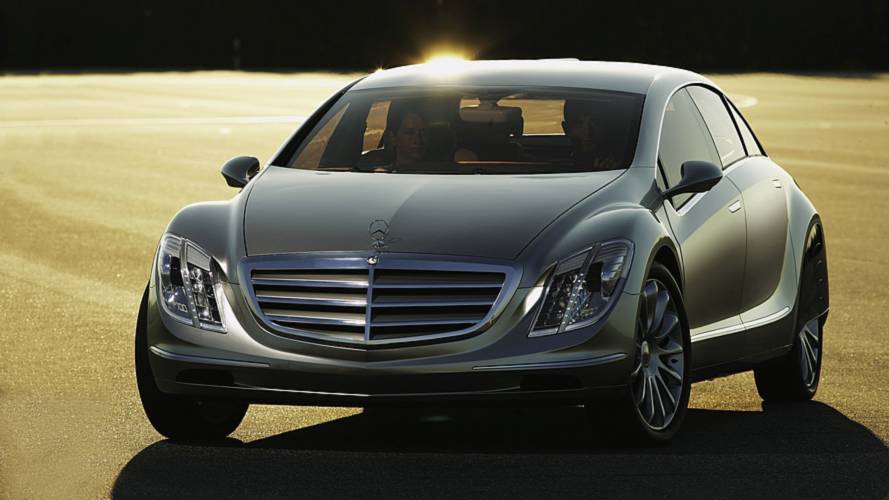 Certainly not the prettiest car to carry the three-pointed star badge, but it made up for that in other areas.

Featuring a rather controversial exterior design combined with a futuristic cabin, the F 700 was mainly about efficiency by offering diesel levels of fuel economy from a small electrified gasoline engine. Also, how many cars do you know with only the right rear door hinged at the rear?

Mercedes has a long history of research vehicles and this F 700 is probably the quirkiest of them all when it comes to design, although the F 100 was also an automotive oddity. Introduced nearly 11 years ago at IAA in Germany, the fullsize concept was billed as being the most economical large sedan ever, sipping just 5.3 liters / 100 km (44.3 mpg).

While that might not be overly impressive in 2018, it was a pretty big deal back in 2007, especially since the F 700 had a gasoline engine. It was powered by a small four-cylinder with a 1.8-liter displacement and a pair of turbochargers. Boasting direct injection and a new type of compression ignition, the engine was dubbed “DiesOtto” since it combined technology from diesel engines with attributes of gasoline units running on the Otto cycle.

You’d think that a concept measuring 5.18 meters (17 feet) would be underpowered, but that wasn’t the case as the fullsize luxury sedan ran to 62 mph (100 kph) in a decent 7.5 seconds. Top speed was not particularly impressive, at an electronically governed 124 mph (200 kph). The conventional engine did not do all the work as it was accompanied by a small electric motor.

Even though it was smaller than the stretched S-Class of those days, it had a much longer wheelbase thanks to significantly shorter front and rear overhangs. That helped maximize the amount of room inside the tech-laden cabin where we can see a pair of digital screens similar to current Mercedes production cars.

As with every other research vehicle from Mercedes, the F 700 was a veritable technological tour de force: LED headlights, low-rolling-resistance tires, 3D camera, automatic headlights and windshield wipers, and even an auto rear window heater. Lasers scanned the road up ahead and sent the information to the adaptive suspension to make the necessary changes beforehand as to maintain a high level of comfort even when going over bumps.

Nowadays, we take for granted most of this tech, but in the second half of the 2000s many of these systems were a novelty and paved the way for current highly sophisticated production cars from Mercedes.

Wonder what happened to the car? Well, Wikipedia says it was given as a gift to UAE president Khalifa bin Zayed Al Nahyan.