Mercedes Looks Back At The T80 World Record Project Vehicle 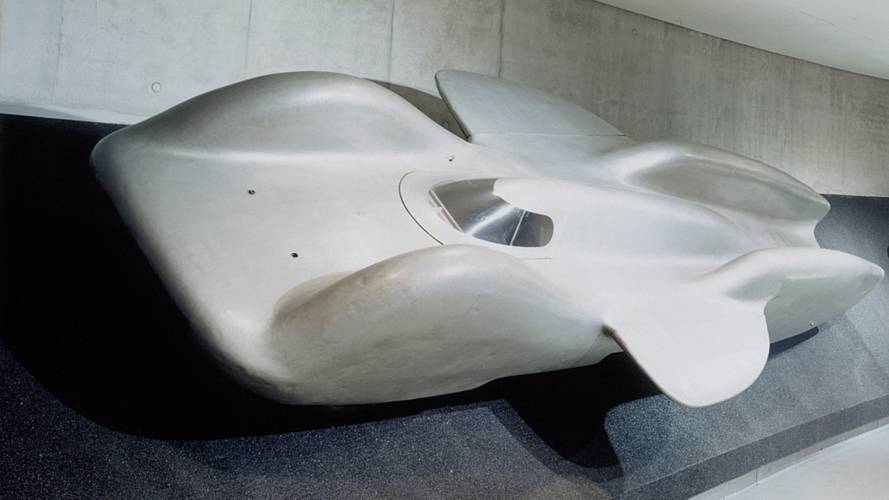 The record-breaking vehicle that never happened.

Ah, yes, the land speed world record. The title of being the fastest vehicle on land. The current record-holder is Andy Green, a British Royal Air Force pilot who drove a jet-propelled Thrust Supersonic Car, or ThrustSSC, to beat the land speed record at that time. It was set on October 15, 1997 when it achieved a speed of 1,228 kilometers per hour (763 miles per hour), making it the first land vehicle to officially break the sound barrier.

However, did you know that Mercedes almost had the shot at breaking the land speed record in the late 1930s? The project was called the Mercedes-Benz T80 world record project vehicle. It had the heart of an aircraft engine, poised to conquer the speed records set by the Brits during that time. Now, why almost? Read along.

Mercedes of the modern age:

Mercedes-AMG GT S By Prior Design Looks Mean With Widebody
⠀

During the mid-‘30s, race car driver Hans Stuck had a dream to break the absolute world land speed record that’s currently set by British drivers at that time. It was a big project, that’s why he sought help from Wilhelm Kissel, the Chairman of the Board of Management of Daimler-Benz AG in the 1930s, air force general Ernst Udet, and engineer Ferdinand Porsche. If the latter’s sounds pretty familiar, yes, Porsche was designing cars for Mercedes during that period and for this project.

After several shenanigans and complications, the project was completed – a three-axled, 27-foot long car that’s pegged to achieve a maximum speed of 650 kph (404 mph). It’s powered by a V12 DB 603 cutaway engine, an aircraft power plant, which is capable of producing 3,500 horsepower at 3,640 revolutions per minute. It’s target? To break the existing record at that time: 595.04 kph (370 mph) by John Cobb.

All was looking great and it seemed like Stuck was on his way to become the driver of the fastest land vehicle of the 1930s. What was the problem then?

Unfortunately, World War II broke out even before Stuck was able to attempt to break the world record. The DB 603 aircraft engine was removed from the T80 and the vehicle was moved to safety. The T80 survived the car but the project didn't make a return.

The T80 world record project vehicle is now on display at the Mercedes-Benz Museum in Stuttgart.

Superfast: At the end of the 1930s, racing driver Hans Stuck planned to break the absolute world land speed record with the Mercedes-Benz T 80. A top speed of 650 km/h was envisaged – and therefore a significant improvement over the existing record (595.04 km/h) established by John Cobb in August 1939. But owing to the breakout of the Second World War, the T 80 with up to 2,574 kW (3,500 hp) was never used.

Size: Its slim, flat and aerodynamically optimised body makes the T 80 look elegant and almost graceful in photos. In fact, the record-breaker is truly huge: it is more than eight metres long, and each of its six wheels has a diameter of 1.17 metres.

Complete vehicle: The original vehicle is fully preserved in the Mercedes-Benz Classic collection. The body of the T 80, including the spaceframe serving as a supporting frame and the wheels, is a highlight in the permanent exhibition at the Mercedes-Benz Museum.

Technology at its finest: In summer 2018 Mercedes-Benz Classic is presenting the original chassis as an exhibit for the very first time. With all components including a DB 603 cutaway engine, it provides profound insight into the technical history of the 1930s. To put the dimensions of the complete vehicle into perspective, the Classic Center has mounted an authentically reconstructed spaceframe onto the chassis, as well as authentically replicated wheels.

High-performance technology: The chassis of the T 80 reflects the technical state of the art as it was in 1940. The centrepiece is the mighty powertrain with the engine, centrifugal clutch, axles and brakes. The cockpit with its leather steering wheel, pedal cluster, instruments and driver’s seat with the original fabric upholstery is fully preserved. Right next to this is the model plate bearing the inscription “Daimler-Benz Aktiengesellschaft Typ 80”.