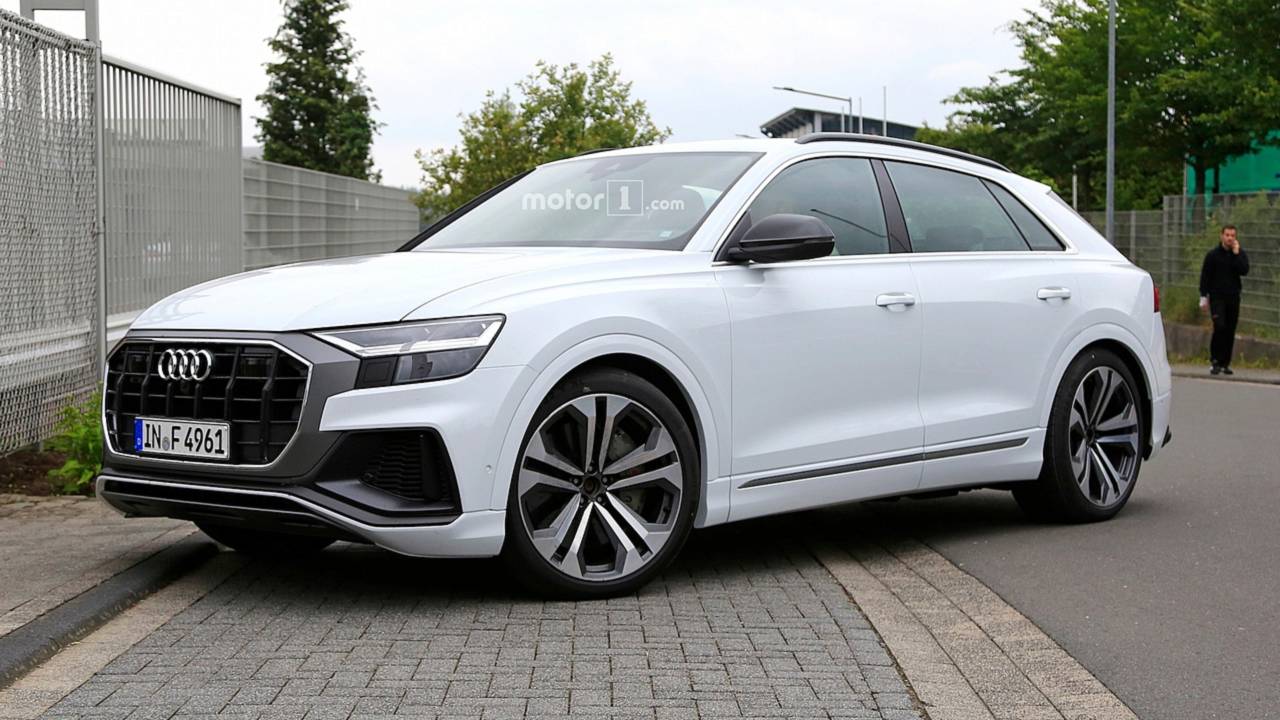 The performance SUV could have as much as 470 horsepower on tap.

The new Q8 is currently the most-premium Audi SUV on the market – but it won’t be the only halo offering for long. Both an SQ8 and an RS Q8 are rumored to join the lineup. Our spy photographers have captured the latter offering on public roads, but these new images show the sporty SQ8 completely uncovered.

Visually, not much appears to has changed over the current model; the massive silver grille insert remains, as do the same wheels, and headlight fitments. This prototype, though, appears to ride much lower than the standard Q8, and considering it is still early in the pre-production phases, some of those visual cues could change on their way to production.

The sporty SUV was spotted near the Nürburgring testing out its performance chops. Though it will adopt an "S" moniker, it probably won’t come powered by a V8 engine. Rumors suggest the SQ8 could use a more-powerful version of the current V6 paired with a 20-kilowatt-hour electric motor.

For now, the most-powerful Q8 produces 444 horsepower (331 kilowatts). But this model, with an electrified V6 underhood, could produce upwards of 470 hp (350 kW) and 516 pound-feet (699 Newton-meters) of torque. But it won’t even be the most powerful option. A hardcore RS Q8 is coming, and assuming it borrow’s the same electrified powertrain from Porsche’s Panamera Turbo S E-Hybrid plug-in, it could produce up to 670 hp (499 kW).

The new SQ8 should show up early in 2019, with the range-topping RS model following shortly thereafter. No word on how much it might cost, but expect a modest bump over the standard model. The Q8 will be built in Slovakia, and will go on sale in markets like Germany and Europe later in the year.