This Biturbo Porsche Boxster With Central Driver’s Seat Is Bonkers 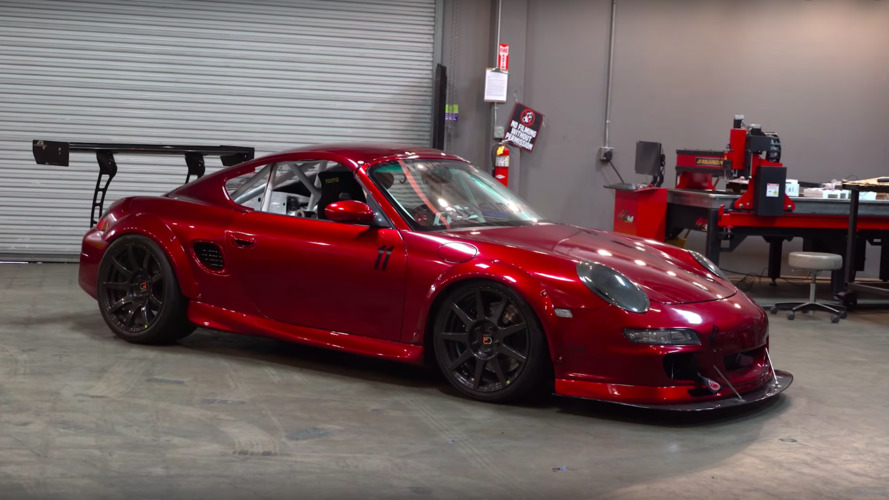 It's an aftermarket genius.

Build Biology is a show on TheHoonigans channel on Youtube that dissects special builds and get each and every detail of one-offs. In this episode, Bisi Ezerioha, owner of Bisimoto Engineering, shows Hoonigans his custom Porsche 986, also known as the Boxster. But it isn’t just any regular custom-built car; it’s a special one-off, armed with central seat, some NOS-esque system, and a whole lot of biturbo genius.

If Bisimoto Engineering is familiar to you, that’s because it’s the same guys who made the monstrous 1,029-horsepower Honda Odyssey that stole the show at the 2013 Specialty Equipment Market Association (SEMA) show. It was a furious mom van that could get you serious street cred.

This time, the modified Boxster that Ezerioha brought was more than just street cred material. It’s an aftermarket genius, and we have a 30-minute video to explain why.

Check out these other Bisimoto creations:

Aside from the central seat configuration of this Boxster, Ezerioha shed a lot of weight from the car, featuring a lot of carbon fiber parts. These include the 19-inch Carbon Revolution carbon fiber rims that weigh less than 20 pounds.

Other unique things that Bisimoto did to the Boxster was the rear view camera display positioned on the rear view mirror. That’s nifty, considering that a central seating position won't really let you see what’s on your back.

The modified Boxster also gets a “TO PASS” button, which works like the Kers system in Formula 1, sans the regeneration. With that, it’s like a NOS for the car that can boost the output from 420 to 526 horsepower. It also has a “LINE LOCK” button – just in case you want burnouts with this monster.

There’s also liquid to air inter cooling at the back where biturbo is connected. Further details are explained on the video below. It may be 30 minutes long, but we can guarantee you’ll enjoy every second of it if you’re a fan of one-offs and crazy modifications.