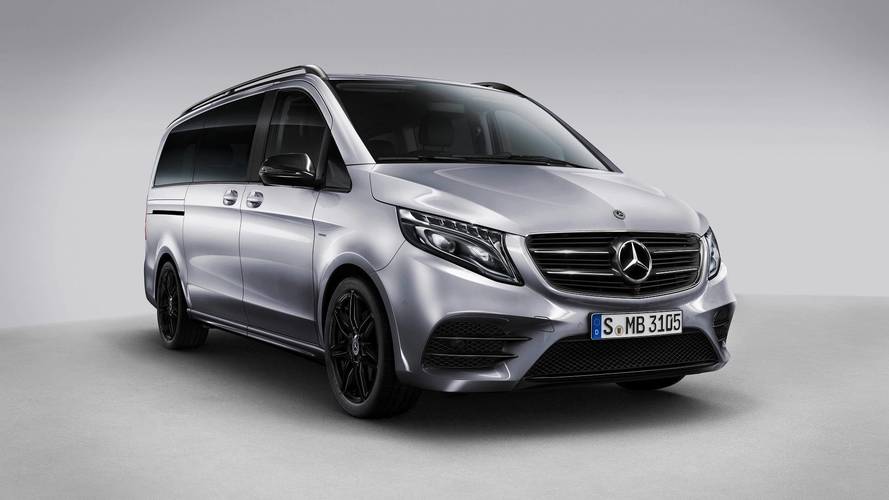 All show with no extra go.

Mercedes-Benz is working on a facelift for its popular V-Class people-hauler, of which more than 100,000 units have been delivered since 2014. But before the refreshed van is ready to launch on the market, most likely next year, the German company is giving the model on sale today one (probably) final special edition to keep the customers interest alive.

It’s called the V-Class Night Edition and brings a number of improvements from the AMG department. Don’t get your hopes up too high, as nothing is actually happening under the hood – power comes from the automaker’s familiar 2.1-liter turbodiesel engine with 190 horsepower (140 kilowatts) and 325 pound-feet (440 Newton-meters) of torque. The average fuel consumption, according to Mercedes, is between 6.8 and 7.5 liters per 100 kilometers, or 34.6-31.4 miles per gallon with corresponding CO2 emissions of 179-199 grams per kilometer.

See Mercedes working on a facelift for the model:

The model is already available to order in Germany, where it is wearing a starting price of €55,260, or approximately $66,099 at the current exchange rates. The special edition could save up to €2,300 ($2,751) compared with buying similar optional features individually for a regular V-Class. Deliveries are scheduled to kick off in June this year.

If you want something more dramatic based on the V-Class, the tuners at Carlex Design will be happy to offer you their latest project on the RWD van. It features much more drastic visual changes compared to the standard model, both inside and out.

A high-quality Night Edition of the V-Class is now available with immediate effect. The new special model of the popular people carrier from Mercedes-Benz emphasizes its distinctively sporty highlights with exclusive black design features. On top of this, AMG front and rear aprons as well as AMG trim elements in the interior come as standard.

The exterior of the Night Edition boasts black exterior mirrors, a radiator grille with two louvres in high-gloss black, exclusive AMG 19-inch 7-twin-spoke light-alloy wheels painted in black, EDITION badges on the front wings and also tinted glass in the rear. Visual highlights in the interior include comfort seats in black nappa leather, a dashboard in a leather look finish – both with contrasting topstitching – floor mats with EDITION badges and a black roof liner. On-board convenience comes courtesy of the standard-fit Parking package with 360-degree camera, among other features. This enables easy manoeuvring and parking. Dynamic driving pleasure continues to be ensured thanks to the V250 d diesel engine with an output of 140 kW/190 hp (fuel consumption, combined: 7.5 - 6.8 l/100 km; combined CO2 emissions: 199 - 179 g/km).

Pricing for the Night Edition starts at 55 260 euros – which is a saving of approx. 2300 euros compared with buying similar items of equipment individually. The V-Class Night Edition is available to order with immediate effect in Germany, with deliveries commencing from June 2018.