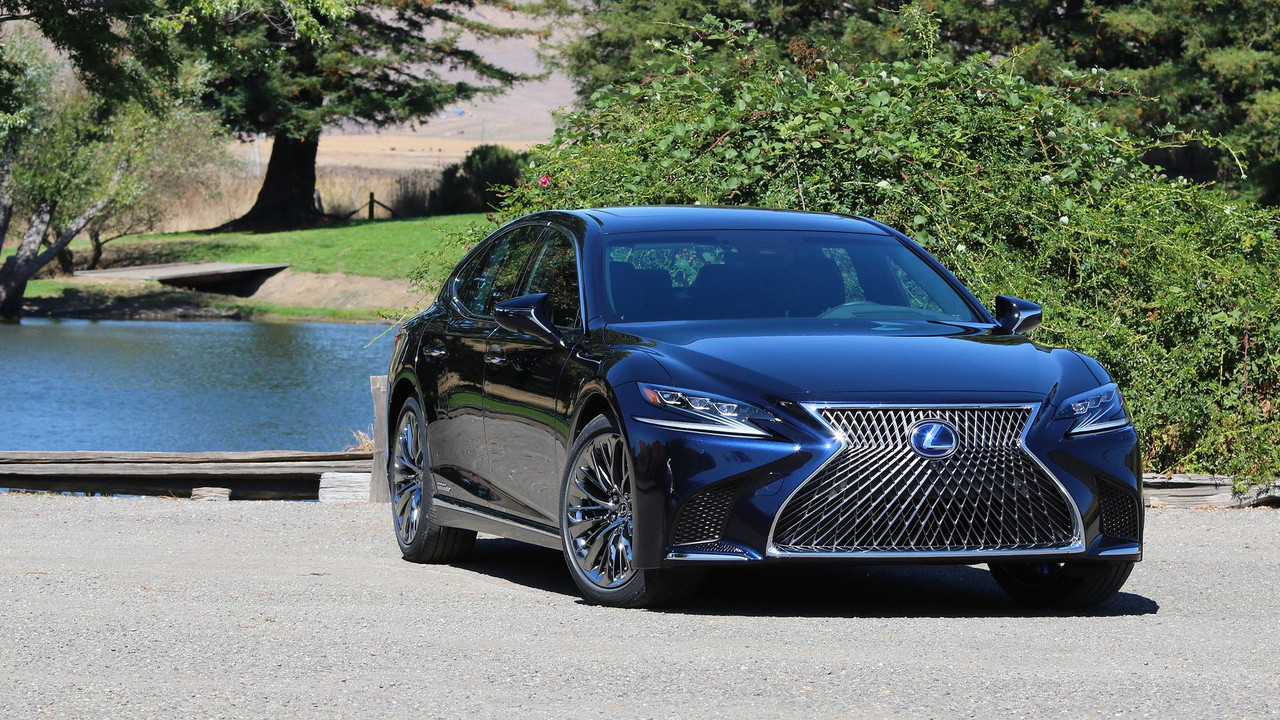 The LS could also get a fuel cell.

The Lexus LS, the luxury automaker's large four-door sedan, may soon have several new alternative powertrains. The news comes from Australian publication GoAuto, which spoke with Lexus LS chief-engineer Toshio Asahi. Diversifying the sedan’s powertrains to possibly include a pure electric model, plug-in hybrid, or fuel cell would make it a better competitor to the full-size offerings from Mercedes-Benz, Tesla, and Jaguar. Both the Mercedes S-Class and BMW 7-Series offer plug-in hybrid powertrains.

Currently, the LS only offers two powertrains. There is a traditional gasoline offering powered by a biturbocharged 3.5-liter V6 producing 415 horsepower. The other powertrain is a hybrid, pairing the same biturbo 3.5-liter V6 engine with an E-CVT and four-speed automatic. However, that powertrain only produces 354 hp. A more powerful version of this powertrain could be coming, according to Asahi.

While Tesla has found success with its pure-electric Model S, other automakers, including Lexus, have been hesitant to go all-in on an EV. Even with the slow adoption, Toyota plans on offering a hybrid or electric version of every one of its models by 2025. That plan does include the Lexus lineup.

Fuel cell technology is also a possibility. Toyota does have the Mirai, which is a hydrogen fuel cell vehicle the company introduced in 2015. Lexus even flirted with the technology, unveiling the LF-FC concept, which was said to have a fuel-cell powertrain. The concept hinted at the possibility of the powertrain technology entering a future version of the LS. Last year, the automaker trademarked the LS-FC Concept nameplate, adding fuel to the fire that a hydrogen-powered LS, or at least a concept, is coming.

Asahi, when speaking with GoAuto, hinted the technology might not go into an LS at all, saying the technology is expected in a Lexus at some point. Considering Toyota already has the Mirai, a Lexus version wouldn’t be out of this world.

If anything, new powertrains under the hood of the Lexus LS will mean it can better compete with its German rivals.