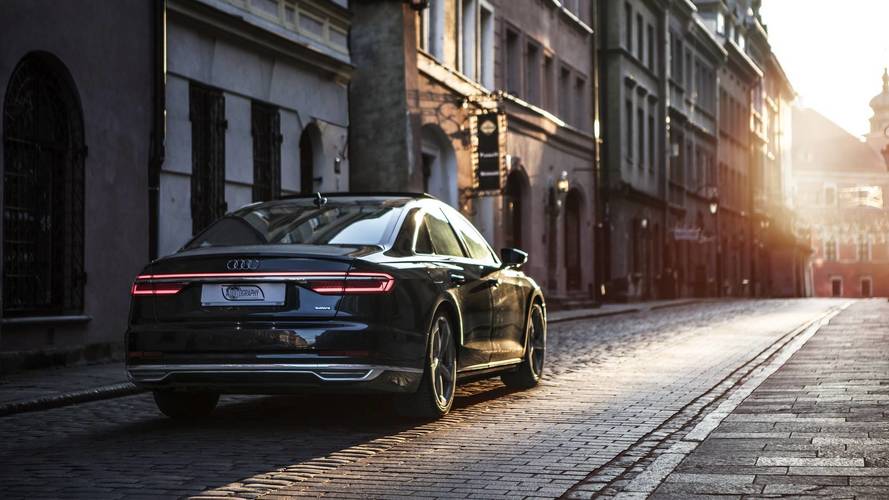 Fan or not of the A8's evolutionary design, there's no denying these beauty shots highlight the sedan's best traits.

After sharing some eye-candy images and videos with the RS5 and R8 coupes last November, Motor1.com’s friend Auditography is back to present his latest work. This time around, the subject of the photo session was the brand new A8 flagship illustrated in lovely scenery from Poland’s capital Warsaw as well as from Zakopane, a southern town next to the border with Slovakia.

We get to see in detail the standard-wheelbase A8 in the “50 TDI Quattro” specification replacing the familiar 3.0 TDI version of the previous generation. It's part of the updated nomenclature introduced with the A8’s launch to reflect the amount of power delivered by the engine. In this particular case, the six-cylinder mill falls into the “50” category for cars with outputs varying between 281 and 308 horsepower (210 to 230 kilowatts).

It’s worth mentioning that although global, this new controversial naming scheme won’t be coming to the United States where the company’s lineup is significantly simpler. As such, there’s no need to roll out a revised nomenclature to better separate one version from another since Audi’s U.S. models are offered in very few guises. That makes sense considering diesels are pretty much history in North America where G-Tron models are unlikely to arrive. As for the plug-in hybrids, these will carry the “E-Tron” badge in the same vein as the electrified A3 Sportback E-Tron.

Getting back to the car at hand, it’s wearing an elegant black paint coat and we can see it playing a little bit in the snow while putting the Quattro all-wheel-drive system to work. For the time being, only six-cylinder engines are available in Europe, this diesel and a 3.0-liter TFSI V6 in the A8 55 TFSI Quattro, but eight-cylinder gasoline and diesel units are going to be launched in the coming months. The lineup will be topped once again by the mighty W12 shared with the Bentley Bentayga and the new Continental GT and we know for a fact Audi is readying a plug-in hybrid version as well.