Mini Hardtop And Convertible Facelift Coming Next Week To Detroit 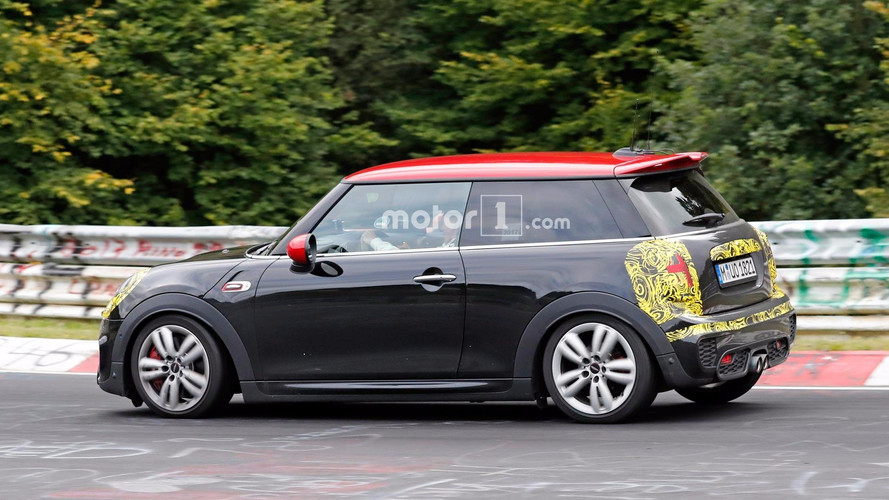 A refreshed five-door hatch expected to follow in Geneva.

Mini’s sales in the United States have been on a steady decline over the last couple of years after the peak in 2013 – last year the British manufacturer has delivered 47,102 cars in the country compared to 52,030 in 2016, according to data from CarSalesBase. This may force the brand to restructure itself into an all-electric brand, but it is not giving up on its conventional models for the American market just yet.

According to a new report by Automotive News, Mini will release facelifted versions of its most important model, the three-door hatchback also known as the Hardtop 2 Door, and the Mini Convertible during the upcoming 2018 North American International Auto Show in Detroit. Nothing is confirmed by the manufacturer at the moment, but it has been previously rumored the British marque will bring the three- and five-door Hardtops to the event, but apparently it has changed its initial plan.

Little is known about the refreshed Mini range, but we expect to see some minor styling improvements highlighted by new Union-Jack-shaped taillights and headlights with revised graphics. The radiator grille remains unchanged, but will now be home of the brand’s new logo.

No big mechanical updates are planned either, but the 1.5- and 2.0-liter turbo gasoline units will likely gain more power thanks to an upgraded cooling system and a new exhaust manifold layout, which will incorporate the turbocharger. According to some sources, the engines actually won’t get any extra power, but will run smoother and will produce less CO2 emissions.

A new seven-speed automatic gearbox with two clutches will be optionally available for the Hardtop and Convertible models with European sales starting in March 2018.

The facelift will also bring new exterior colors and wheel designs, while the interior will receive additional trim and upholstery options.

The five-door hatchback is expected to debut during the Geneva Motor Show in March this year. Mini’s lineup will eventually grow to include a new range-topper, based on the John Cooper Works GP Concept.