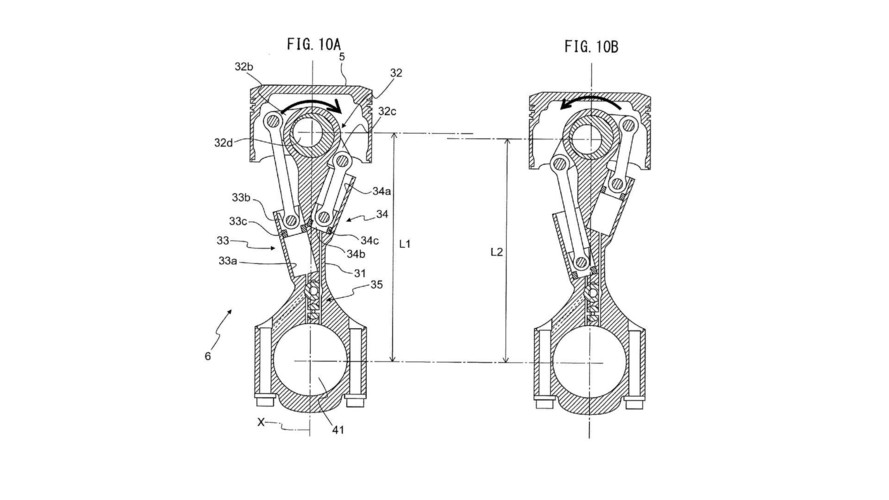 Toyota's idea would use a variable length connecting rod to alter the compression ratio.

Toyota has patented an idea for a variable compression engine. While the result is similar to what Infiniti achieves with its Variable Compression-Turbocharged powerplant, this concept works in a completely different way.

Toyota idea takes a conventional connecting rod and mounts the top of it to a pair of hydraulically controlled pistons. By adjusting the oil pressure, a switching pin and check valve would be able to alter which of these pistons compresses. By doing so, the length of the connecting rod changes between two lengths – a high-compression and low-compression setting.

Generally when the switching pin receives a certain amount of oil pressure, the connecting rod would be in its longer length, and the engine would operate at the high compression ratio. Alternatively when the oil pressure falls below a predetermined level, the connecting rod would be in its shorter length and be in the lower compression ratio. However, the patent is clear that the company could configure the change in oil pressure have the opposite effect, too.

The Infiniti/Nissan method is quite different (see graph below). The company uses a harmonic drive that alters the position of an actuator arm, which in turn adjusts the crankshaft so that the piston reaches a different height of the combustion chamber.