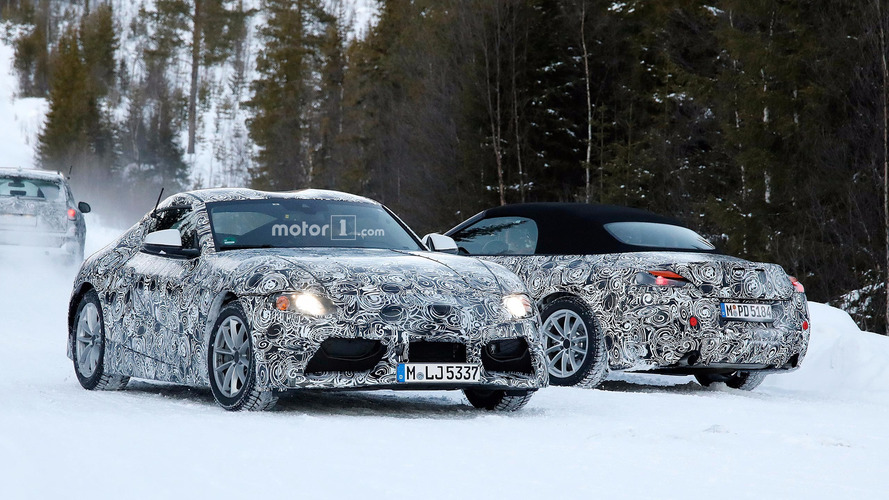 The Z4 replacement will be offered with both manual and auto 'boxes.

Leaked internal documents from BMW reveal some of the juicy details about the replacement of the BMW Z4 and the spiritual successor of the Toyota Supra. According to the information, which is now a few months old and is subject to changes, the Japanese sports coupe won’t be getting a manual option.

We already knew the new Supra will receive a BMW-sourced automatic gearbox, but, apparently, the automaker is not planning a manual transmission at all. In the United States, the vehicle will offered with one four-cylinder and one six-cylinder unit, probably generating 248 horsepower (185 kilowatts) and 335 hp (250 kW). European customers will have one additional four-cylinder option and the same inline-six. All models will be rear-wheel driven.

As for the Supra’s German brother is concerned, it will be powered by the same engines, but a manual transmission will be available for all of the variants, including the range-topping M40i. Again, power will be sent exclusively to the rear wheels. The entry-level 20i model will have 195 hp (145 kW) and could be joined by further options later during the model’s lifecycle.

We assume some of you would be very disappointed to hear no manual Supra is being considered. However, there’s still some hope, as a Bimmerpost forum member explains many models that are listed in this document might not see the light of day, while others might join the final lineup.

Apparently, this is a common practice, as “a model would show up in this file, then prototypes would start driving on the roads, then some of them would even be shipped to Woodcliff Lake for final evaluation - and then the market would get NOTHING.”

So, for now, we will just wait for some official information from both Toyota and BMW, and, until then, we’ll keep our fingers crossed for a manual Supra.