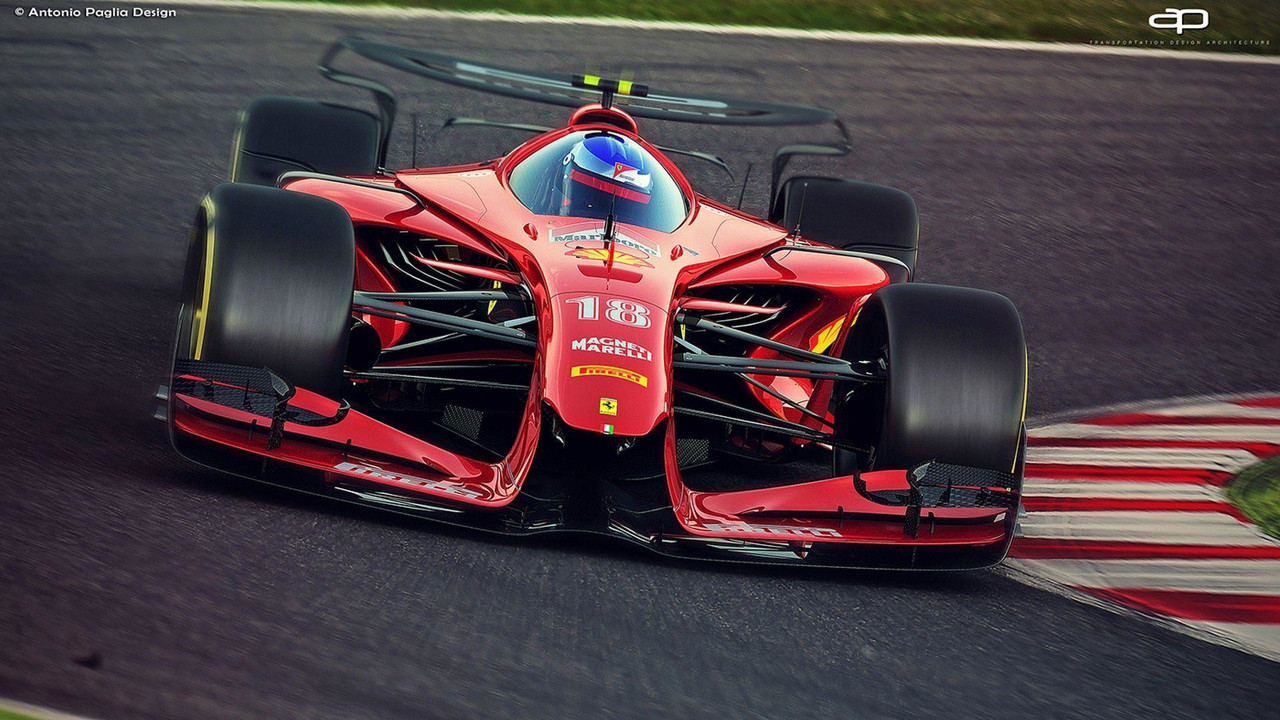 Imagining the Formula 1 car of the future by taking inspiration from its illustrious past.

Antonio Paglia is the talented artist behind these exceptional renderings attempting to see into the future of the Formula 1 car. He has decided to go with a jet fighter-style cockpit in the aftermath of FIA’s announcement about the mandatory Halo introduction for the 2018 season. Speaking purely from a visual point of view, the canopy looks way better as it’s neatly integrated into the more curvaceous body proposed here.

While the cars have been designed for the 2025 season, F1 fans will notice these have liveries paying tribute to important models of the past. Take for example the McLaren MP4/4 number #12 driven by none other than legendary Ayrton Senna. The Ferrari #18 is a futuristic interpretation of Lorenzo Bandini’s race car he used in 1967 when he tragically passed away following a crash during the Monaco Grand Prix. As far as the Williams #5 is concerned, it evokes the title-winning FW18 car driven by Damon Hill in the 1996 season.

It will be interesting to see how cars will evolve between now and the middle of the next decade, especially once we take into consideration the most important motorsport competition in the world is now in the hands of Liberty Media. Let’s just hope there will still be room for a combustion engine, ideally bigger than the turbocharged 1.6-liter V6 used nowadays. We’re sure many fans are longing for the glory days when F1 cars were rocking V12 engines in the late 1980s and the first half of the 1990s or the V10 units introduced for the 1996 season. In 2006, Formula 1 switched to V8 and ultimately to a V6 from 2014.

Engines aside, the design proposed by Antonio Paglia is nothing short of impressive and we would certainly want this styling for the 2025 F1 car. That being said, it's difficult to imagine the design will go through these drastic modifications within the next eight years.