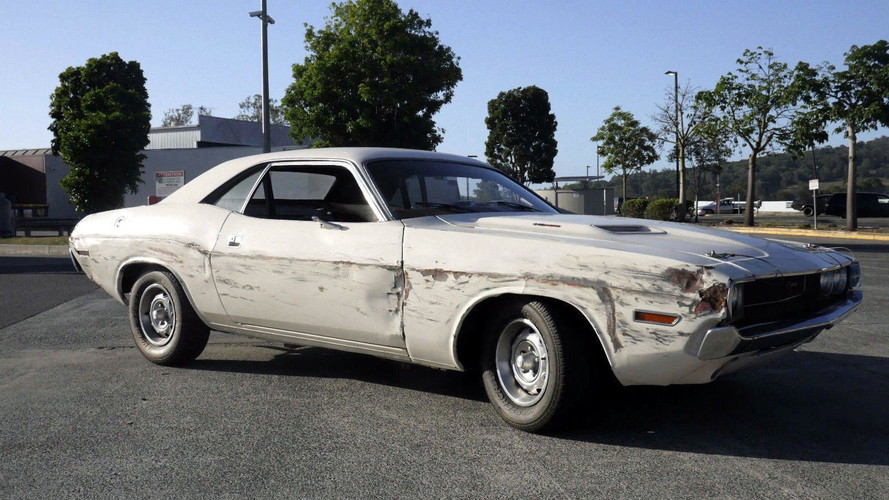 As far as movie cars go, the 1969 Dodge Charger and 1971 Dodge Challenger from Death Proof are often two of the more forgotten. Tarantino’s cult classic film hit theaters in 2007, and followed a group of friends as they were pursued by a crazed car enthusiast, Stuntman Mike (played by Kurt Russell), and his "death proof" Dodge Charger. Now you can own one of the cars from the movie.

Though this isn’t the sinister black 1969 Dodge Charger that Kurt Russell’s character drove in the film, this 1971 Dodge Challenger played an important role in the story, and now it’s up for sale on eBay. The car was driven by actress Sydney Tamiia Porter as her and co-stars Rosario Dawson and Zoe Bell traded paint with Russell’s character.

The car runs and drives, and features some wear and tear, both inside and out, that occurred during filming. The white paint job is accented by massive streak marks on either side, some of which were painted on for added effect. It’s one of just two surviving Challengers used in the film, and was originally sold by the film production more than ten years ago. The car was listed again in 2016, and sold to its current owner.

There’s no working radio, and the front seats have been chopped and reupholstered by production for better visibility, but the original 383 Magnum engine remains. New exhaust tips and mufflers have been added, as well as a new fuel tank. The car has driven 38,965 miles (62,708 kilometers) in total and comes paired to an automatic gearbox.