Blame clutch-averse buyers for the death of the stick-shift fast Audi.

Stephan Reil, head of technical development for Audi Sport GmbH, says his team never even considered developing a manual-transmission option for the new TT RS and RS 3. That’s because they had learned their lesson from the outgoing TT RS.

That car was first introduced in Europe exclusively with a manual transmission, with a dual-clutch – S Tronic in Audi-speak – added two years later to give buyers a choice. But their choice was overwhelmingly in favor of automated shifting: just 10 percent of TT RS shoppers picked the manual gearbox.

“And of course, that’s not a business case to develop a manual and everything that goes with it,” says Reil.

As is the case for many other automakers, Audi determined that even for the types of enthusiast buyers who purchase performance cars like a TT RS, automatic or dual-clutch transmissions are increasingly appealing.

“For me, the double clutch is the best of two worlds,” Reil says: simple to drive in traffic, yet responsive to the driver’s wishes in sporty driving. “It’s just like a manual but without a clutch pedal.”

And that’s before adding that modern dual-clutch cars tend to accelerate more quickly and return better fuel economy, both of which can further entice shoppers to sacrifice their car’s clutch pedal.

Back in 2015, Audi similarly confirmed that a very low take rate was what killed the stick-shift option on the R8 supercar.

Interestingly, the American car market has often expressed more interest in manual performance cars than Europe in recent years. When that first TT RS came to the U.S., as a 2012 model, it was offered only with a manual transmission due to buyer demand. But Audi product planner Anthony Garbis says that interest doesn’t always translate into sales: shoppers tell Audi that they want manual cars, “but then they buy S Tronic anyway.” 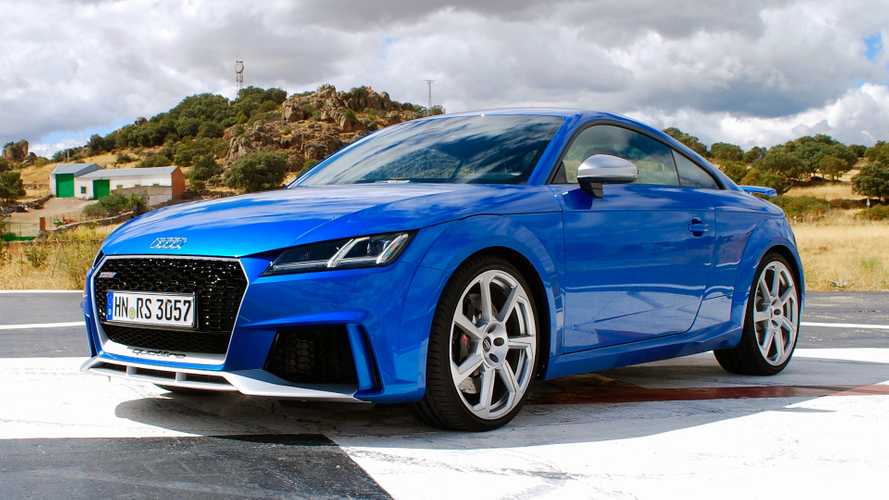