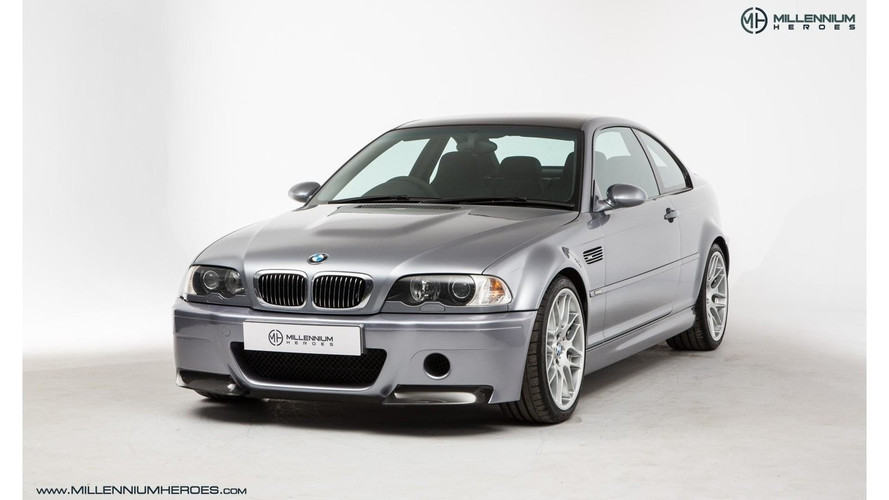 Arguably one of the most desirable BMWs ever made, the M3 CSL is also one of the most exclusive considering only 1,358 were ever made. This particular car is actually rarer than that as it’s one of the 535 units to be built in right-hand-drive specification. The desirable Coupe Sport Lightweight seems to be in pristine visual condition and has racked up 87,452 miles (140,741 kilometers) in the past 14 years, which means the previous owners didn’t see it as a garage queen and actually drove it and enjoyed it.

The oily bits were given a thorough revision as a result of a $19,000 (£15,000) investment made by the current owner in the wishbones, rear springs, ball joints, and a new clutch. In addition, the wider lightweight 19-inch wheels along with the tires and brakes also received some TLC, while the boot floor was checked as well. Prospect buyers will be happy to hear the M3 CSL comes with a full BMW service history, so they won’t be risking anything by spending $57,000 (£44,995) on this well-documented E46 range topper.

Finished in Silver Grey Metallic (the other color available was Black Sapphire Metallic), the BMW M3 CSL is 240 pounds (110 kilograms) lighter than the regular M3 of those days, hence the “L” in its name. The diet was possible by removing some of the sound insulation, navigation, and electric seats, along with installing a carbon fiber reinforced roof panel and thinner rear glass.

Underneath the hood resides a straight-six 3.2-liter engine producing 355 horsepower (265 kilowatts) and 273 pound-feet (370 Newton-meters) of torque. All that M power is channeled to the rear wheels exclusively through a sequential manual gearbox, which was often criticized back in the day by reviewers.

While the asking price is lower than what other people are asking for a CSL these days, the mileage isn’t exactly low and for just $7,000 more one could buy a brand new M3… Which one would you take?