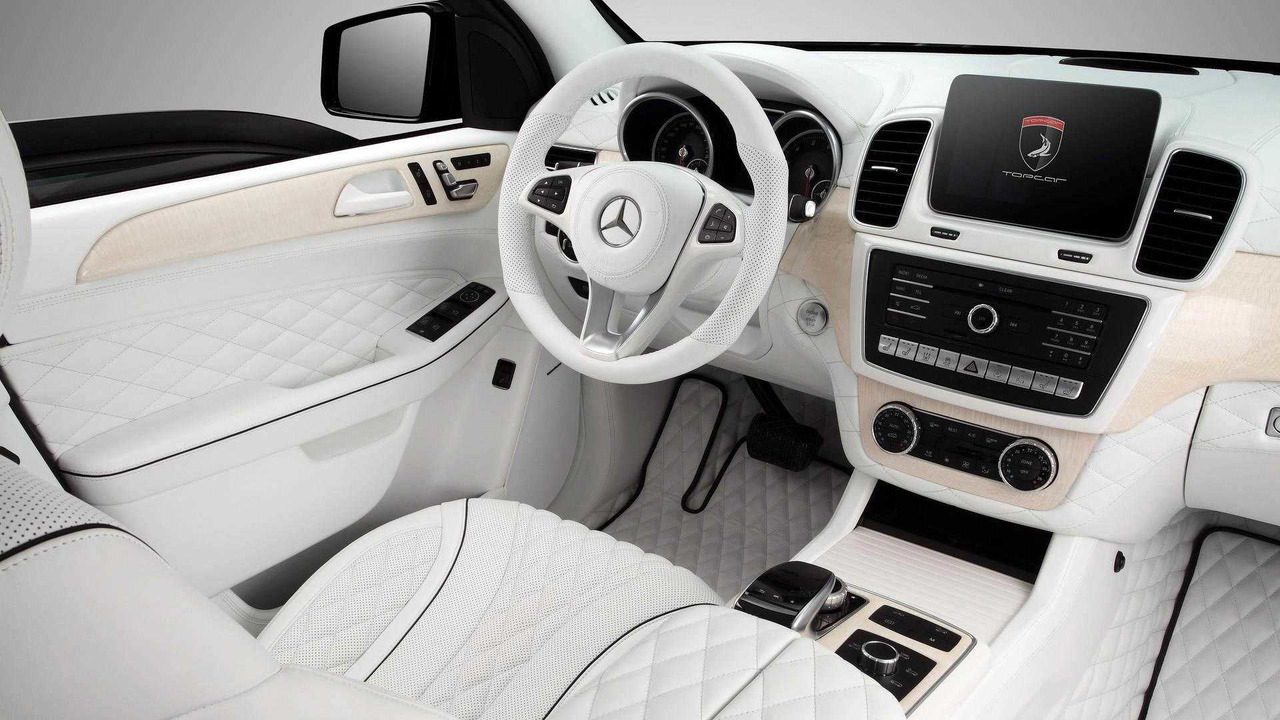 How long do you think you could keep a white leather interior this clean?

Topcar is once again refitting the interior of the Mercedes-Benz GLE-Class, and the latest customization is much more subdued than the eye-searing red crocodile leather upholstery from the firm's previous undertaking inside the crossover. The new monochromatic white cabin looks pristine in these photos, but it would probably show every spec of dirt over time. Don’t ever let kids or pets ride in this crossover because they could ruin the immaculate aesthetic in the blink of an eye.

Topcar makes liberal use of diamond-quilted white leather, including on the dashboard, seats, door panels, roof, and even the floor mats. There are a few different shades of upholstery around the cabin. For example, a very light pastel, which has a pinkish hue in some of these photos, adds a little visual flourish to the chairs.

Ivory-colored wood serves as most of the trim. Up front, black controls for the infotainment system, HVAC, and other parts provide a contrast for breaking up the huge expanse of white.

While this overhaul is opulent, it also seems fairly usable. Having a driver to chauffeur you around in the back would be a very comfy ride, but have someone on the payroll for keeping the cabin spotless.

The existing GLE-Class arrived for the 2016 model year as the name for an extensive refresh for the M-Class. Mercedes currently has a complete replacement under development, and it should go on sale in 2018. The new crossover will ride on the MRA platform from the current E-Class, and it will have a more rounded design, according to spy photos. The next-gen GLE will be larger than the current model, but the new chassis will let the CUV lose weight over the existing one. Mercedes’ gasoline- and diesel-fueled inline-six engine will anchor the powertrain range.