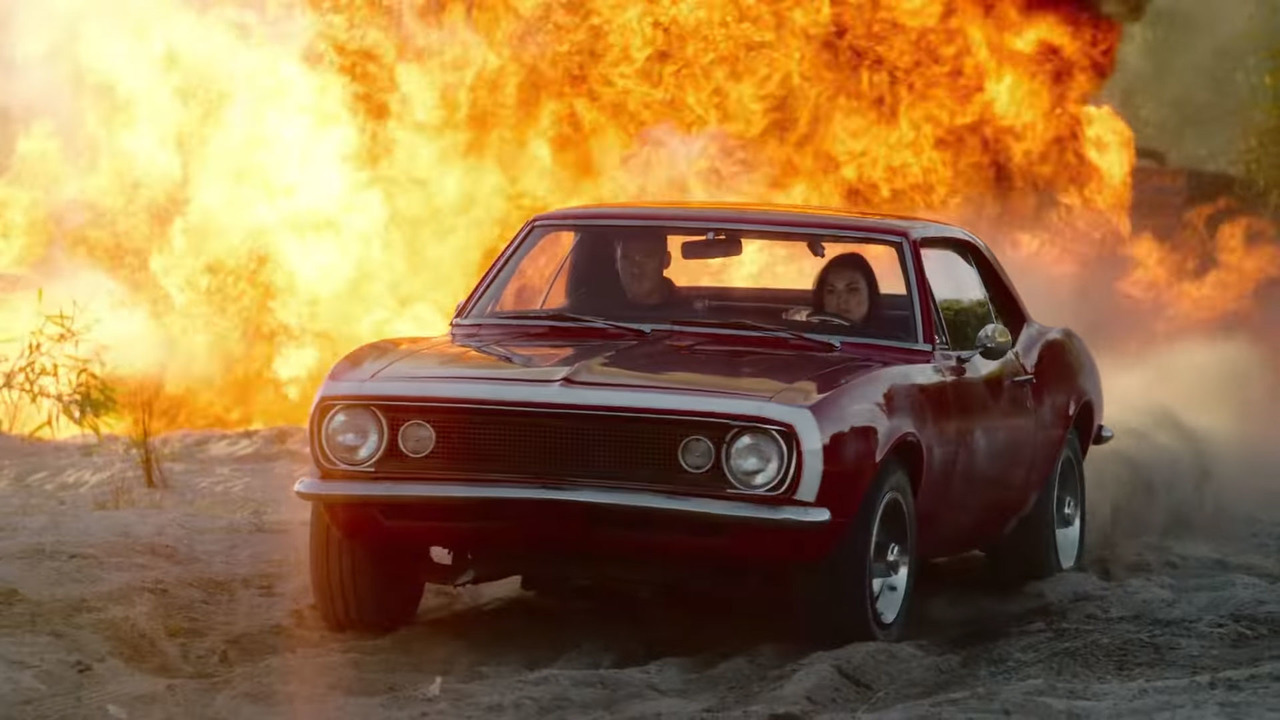 If Mad Max, Rocky Horror, Christine, and Quentin Tarantino made a giant bloody baby, this would be it.

If you’re the type of person who flips through channels on basic cable while thinking boy, what I wouldn’t give to see a Camaro eat a person, then we have some awesome news for you. The SyFy channel has a new show in the works called Blood Drive, and as the double entendre suggests, it’s not a public service announcement about visiting your local clinic to donate a bit of type - O.  We’d show you the video preview on YouTube, but it’s so full of blood, and blood, and a few F-bombs (yes, on basic cable) that it’s age restricted. Tell you what – here it is anyway, but be warned – it’s a bit graphic.

If you’re gun shy about watching the clip, here’s a quick synopsis. In the alternate-reality dystopian “near-future” of 1999, gasoline and water have nearly run out and civilization teeters on the brink. But as the 1970s proved, gas shortages will not keep a good petrolhead down, so in this bizzaro world, gearheads have modified engines to run on humans, and in particular, human blood. It gets better, because the engines actually open up to consume people like the hungry beasts they are.

Yes, in this world cars are mechanical vampires. Does that mean we'll see Bentley the Vampire Slayer, chosen to fight them between trips to the Hamptons?

No, but there is a vaudeville-type psycho who apparently runs an insane race that involves leather, fire, chains, and people french kissing with eyeballs. Yeah, we didn’t screencap that particular scene for the photo gallery, but we did get a scene with midgets wearing masks chained in a room. Whatever that has to do with it all.

There is of course the good guy – a former cop trying to stay sane in a world gone mad. He is forced to team up with a hot girl who drives a human-devouring Camaro. The trailer also mentions (by name, mind you) cannibals, monsters, cults, lawmen, nymphos, and amazons.

In other words, buckle up. This absolutely crazy show is set for a 13-episode season on SyFy beginning June 14.