Ford proudly announced recently that the all-new GT supercar outran two seriously powerful European exotics – the Ferrari 458 Speciale and McLaren 675LT – around a race track during testing. That’s an incredible achievement for the homegrown supercar. It might be more appropriate, however, to compare it against its fellow countrymen, namely the Chevy Corvette Z06 and Dodge Viper ACR. Sure, those are “just” hopped-up, extreme versions of regular sports cars, whereas the Ford GT is a true exotic – bespoke chassis, only 250 to be produced per year, extremely high price tag – but the similarities on paper are extensive.

There are a few simple questions on everyone’s mind: which of these three cars will be quickest, or fastest, or grippiest, or set the fastest lap times? Sadly, it’ll be a long time until we can drive the Ford GT alone, nevermind back-to-back with the ACR and Z06. So for now, let’s see how the Blue Oval’s new supercar stacks up against its American competition on paper.

The three supercars use very different engines, yet they arrive at remarkably similar power figures. It’s Ford that has the most modern, advanced engine, with just six cylinders and a pair of turbochargers; by contrast, the Viper’s massive 8.4-liter V10 seems like a relic of another time. Chevy’s engine, a supercharged V8 with direct injection and cylinder deactivation, splits the difference. Yet all three are extremely close in terms of output, with just five horsepower separating them. The Ford’s smaller-displacement engine, however, struggles in terms of torque, down 100 pound-feet compared to the Chevy and 50 versus the ACR. 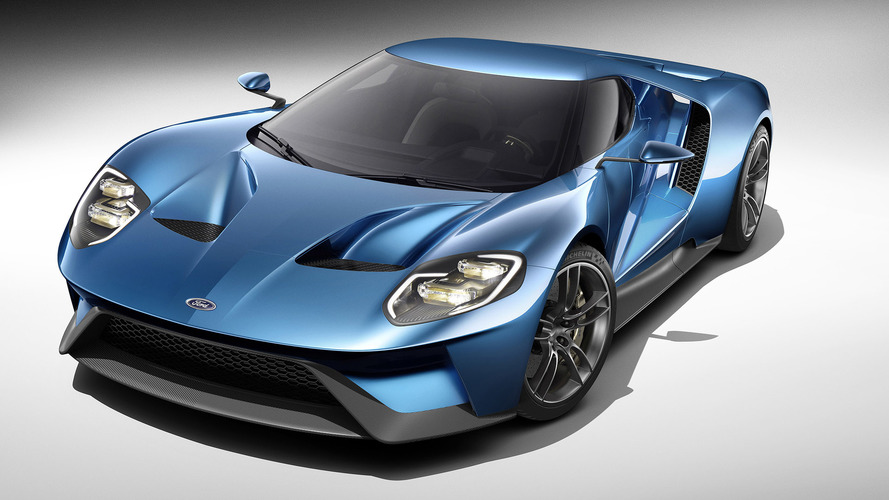 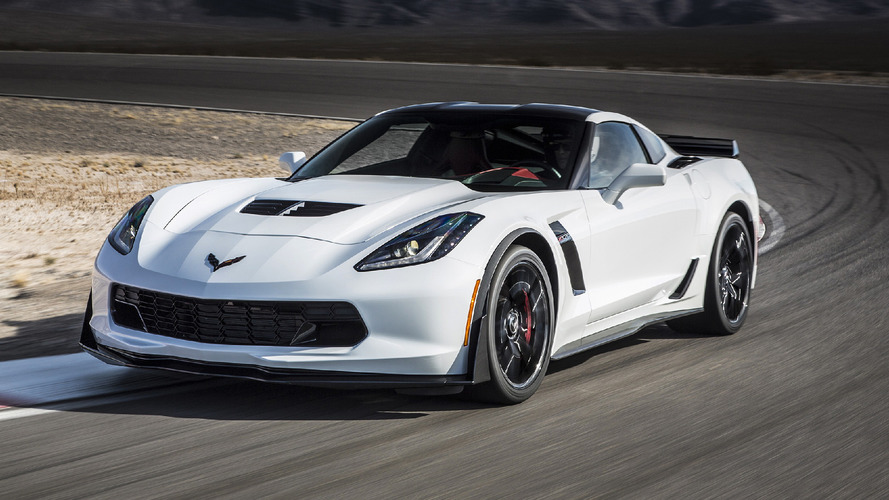 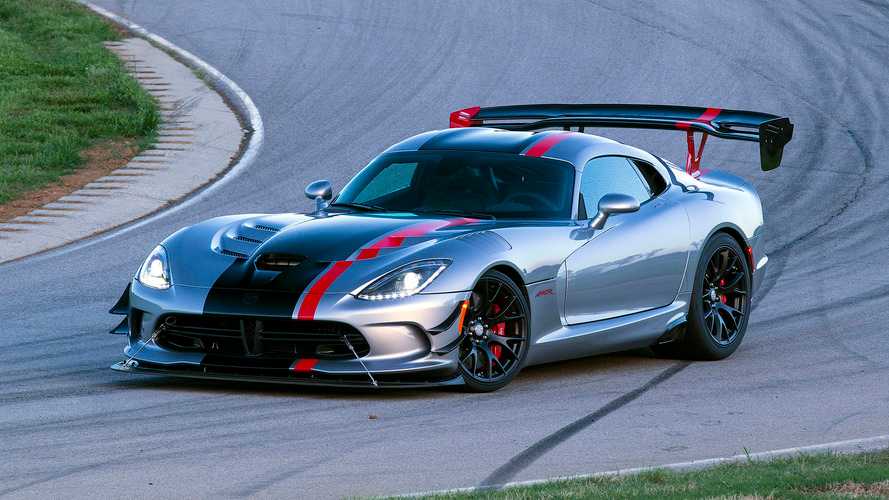 Ford is the clear leader in terms of absolute maximum velocity, with a 216-mile-per-hour claimed top speed enabled, in part, by its impressive suite of active aerodynamics (more on that later). The Viper ACR only manages 177 mph, which is far less than the 193 top speed of other Vipers because its massive downforce package increases drag so much. And while Chevy doesn’t specify a top speed for the Corvette Z06, it’s probably right around the 200-mph mark.

As to acceleration, we’re still waiting on firm numbers from Ford. The Corvette Z06 can just squeeze under the three-second mark on the run to 60 mph, and Dodge says the Viper ACR manages the same feat in the “mid-3s.” With its lighter weight and sticky tires (more on that below), and very similar power and torque, the Ford GT might have a chance at beating the other two to the 60-mph benchmark.

The skinniest by several hundred pounds, the Ford GT stays skinny by virtue of its carbon-fiber monocoque construction. There are aluminum subframes and what Ford describes as a steel roll cage integrated into the car, but it’s that extensive use of aluminum that really keeps mass to a minimum. Buyers can even opt for carbon-fiber wheels that are more than two pounds lighter, each, than the stock 20-inchers. 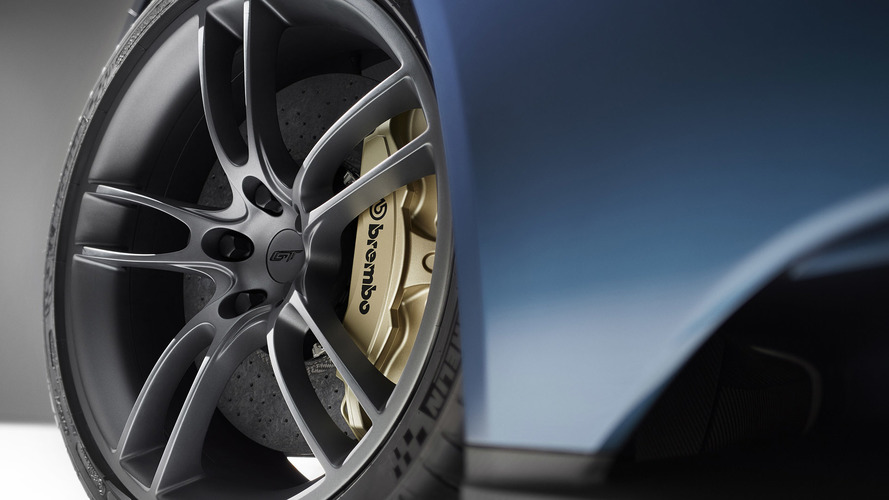 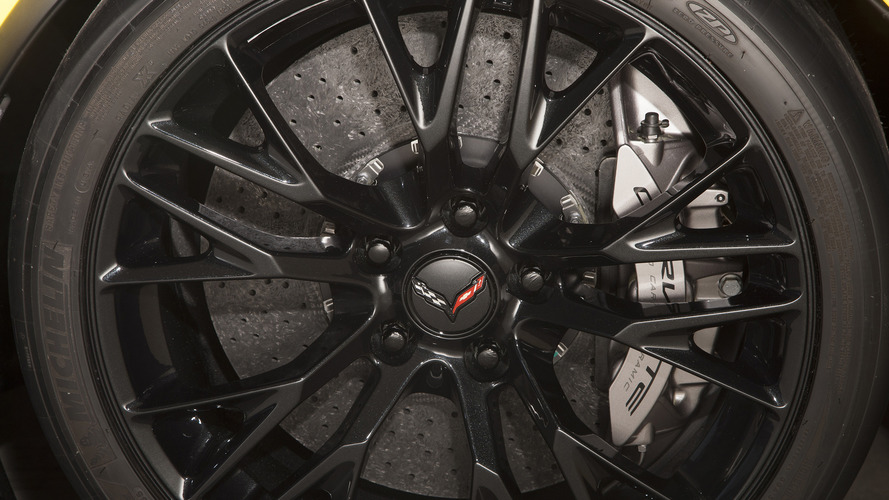 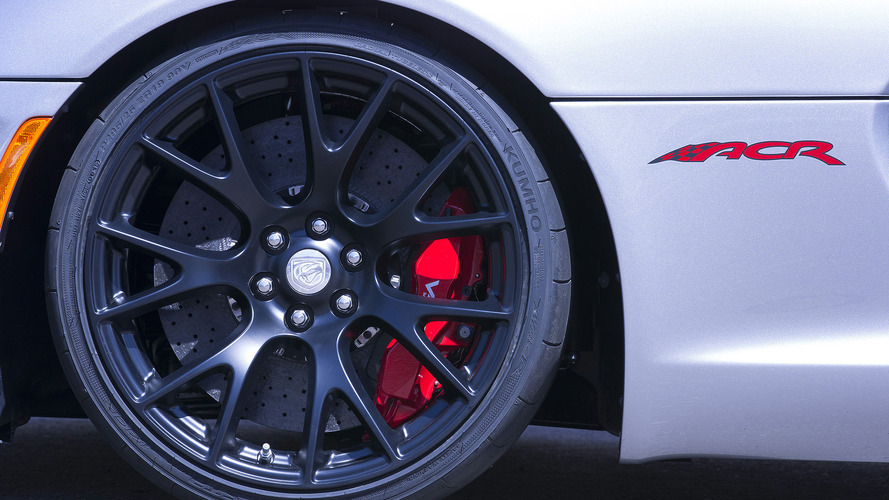 Not to suggest that the Dodge and Chevy are heavyweights, of course. For the Corvette Z06, engineers employ an aluminum spaceframe with carbon fiber used for the roof, hood, and aerodynamic parts. It is, however, still the heaviest of this trio. The Viper ACR benefits from a mix of steel, aluminum, and even magnesium, with carbon fiber used for parts like the roof, hood, rear hatch, and various wings and splitters.

Ford takes the cake in terms of suspension adjustability, with electronic control of the GT’s high-end Multimatic dampers, spring rates, and ride height all possible. That means, in addition to changing damping and spring forces, the Ford GT’s on-board electronics can also adjust its ride height from a standard 4.5 inches to a pavement-scraping 2.75 inches. Getting the car hunkered down that close to the ground is a surefire way to keep its center-of-gravity low and, thus, help provide epic cornering performance. 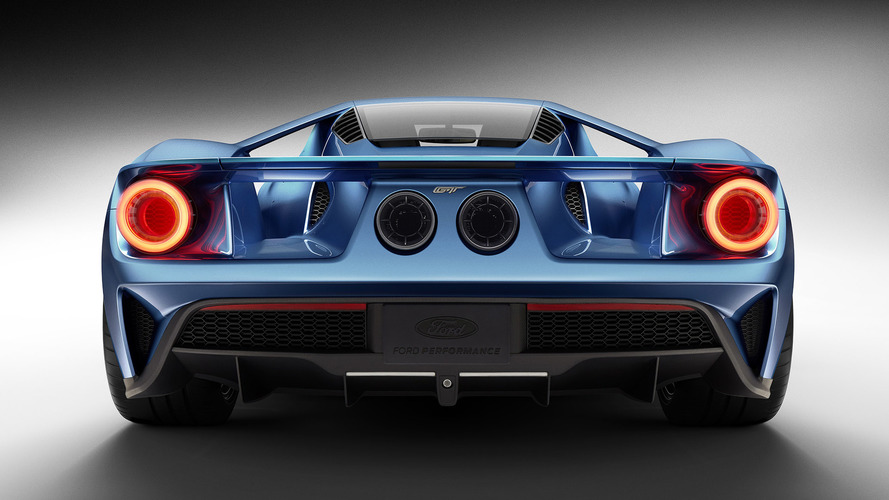 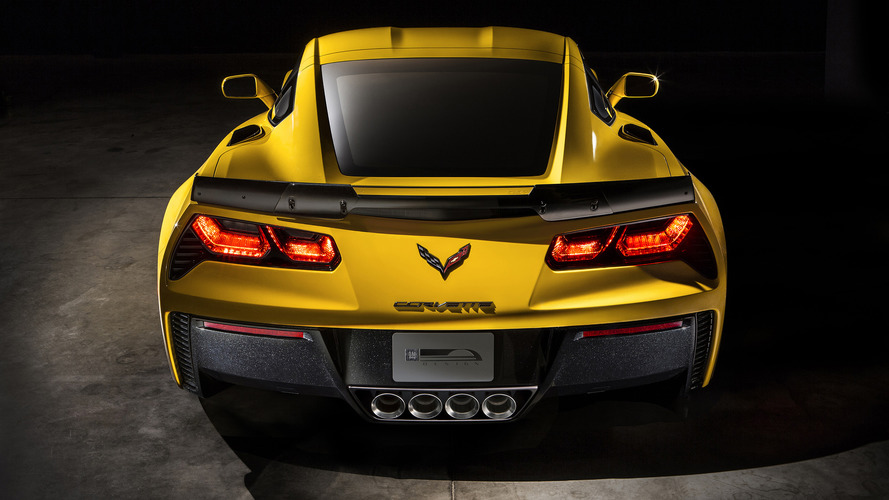 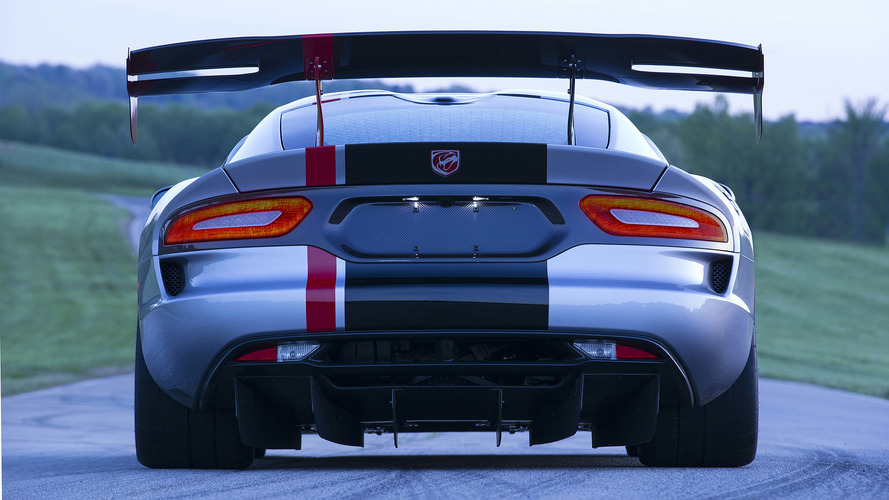 If you want to adjust the Viper ACR’s suspension, you’ve got plenty of options, but you’ll need some tools and lots of suspension-tuning know-how. The coilover suspension arrangement at each corner has 10 different damping settings, and drivers can also adjust the ride height at each corner within a three-inch range. Along with the many aero adjustments possible (see below), that means a talented Viper ACR driver could tailor his or her car to perform best at each specific track. It also means you can’t make changes on the fly, as can be done with the Ford GT, and that there’s a big potential to screw up your car’s handling if you don’t know which adjustment to change.

The Corvette Z06 also has some suspension trickery, though it’s perhaps a middle ground between what the Ford and the Dodge permit. Its Magnetic Ride Control suspension allows for switching between more comfortable and more track-oriented handling settings with the drive-mode selection switch. There’s no tuning of ride height and perhaps less adjustability than in the Viper ACR, but our experience at the wheel suggests the Z06 still has incredible bandwidth of suspension performance. The magnetorheological suspension works in tandem with an electronically controlled rear differential to help the Z06 put all its power down as effectively as possible.

All three of these cars use aggressive aerodynamics parts to help push those tires into pavement. In the case of the Ford GT, it’s all handled by computers. The car’s unusual body shape, with flying buttress-like “tunnels” channeling wind, certainly help, but so does the enormous adjustable rear wing. It can change its angle of attack, depending on what the car’s doing, allowing for high grip in corners but keeping drag to a minimum for those 216-mph high-speed runs.

The Corvette and Viper have adjustable aero, too, but their spoilers and wings must be adjusted before you set out to drive. The Z06 comes with three different levels of aero performance depending on option packages. Chevy says the most aggressive, the Z07 Performance package, produces more downforce than any other General Motors production car. It adds adjustable carbon-fiber wings and splitters and 300 pounds of extra downforce at speed.

The Viper is also sold with two different downforce packages. The standard ACR already is hunkered to the road, with 1,101 pounds of downforce at 150 mph thanks to its enormous rear wing and various other aero parts. Upgrading to the ACR Extreme Aero package, however, brings an even larger, adjustable wing that bumps that figure up to more than 1,200 pounds, an incredible figure that helps explain why the ACR can return such astonishing cornering speeds. Yet all that downforce also contributes drag, explaining why the ACR’s top speed is lower than other versions of the Viper.

What about lap times?

So, what does this all mean on a track? Until somebody puts all the cars together on the same track, it’s tough to tell. Ford says its GT outran a Ferrari 458 Speciale and a McLaren 675 LT around a race track in Canada, suggesting some serious lap times are possible. 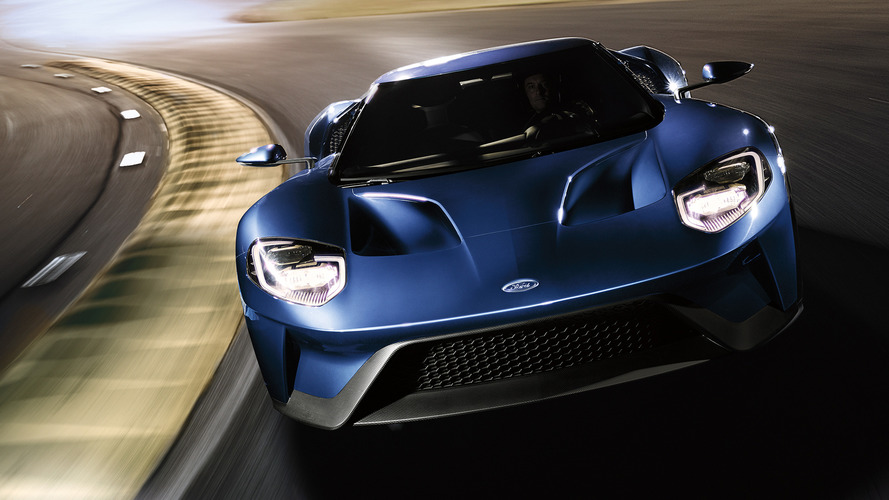 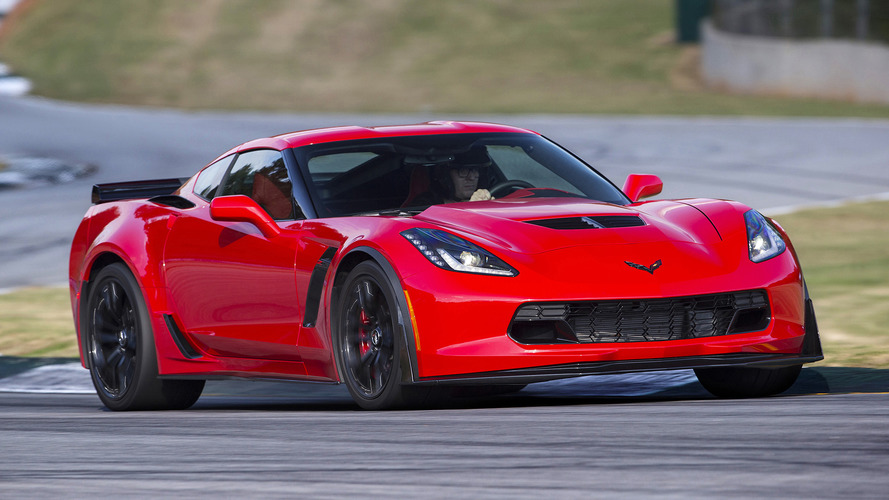 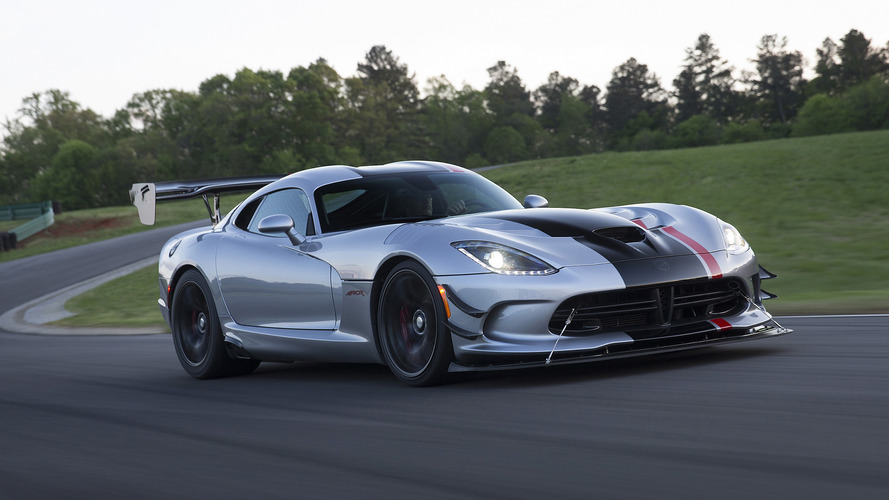 Then again, the Viper ACR is the current U.S. production-car track king. It’s set 13 officially recognized lap records at tracks around the country, besting times set by far more expensive (read: European) cars in the process. The Corvette Z06 is a scorcher on the track, too, though Chevy has offered up fewer performance claims about its exact performance against the stopwatch.

Independent tests of the two cars that are already on sale tend to give the edge to the ACR, though only slightly. Car and Driver’s testing at Virginia International Raceway returned a 2:44.4 time for the Dodge and 2:44.6 for the Chevy.

By the numbers and specifications, these three cars are closely matched. They’re all supremely powerful, capable demonstrations of just how far American automakers can push the boundaries of acceleration, grip, braking, and more. Yet it’s clear the Ford GT will be the most advanced, most forward-looking model. Its fully bespoke platform, as well as its incredible price tag, set it apart as the technology leader. And based on what we know so far, there’s no clear area in which the GT lags behind its rivals in terms of specific performance statistics. In fact, with an adjustable suspension, advanced active aero, a lower curb weight, and its biturbo powertrain, it should pose a serious threat to the other cars’ lap-time records. We’ll just have to wait until we can get the cars to a race track to find out for sure.