Porsche’s most hardcore fans can breath easy because new rumors provide further evidence that the refreshed 911 GT3 is available with a six-speed manual. The updated coupe could make a public debut at the Geneva Motor Show in March.

Autocar cited “a well-informed source close to the factory” as providing the info, and Auto Express specifically said that famed Porsche test driver Walter Röhrl confirmed a six-speed gearbox in the updated 911 GT3. When combined with spy photos showing the company hiding the gearshift (below), it’s easy to believe these allegations are accurate. Porsche’s dual-clutch transmission would still be an option, too. 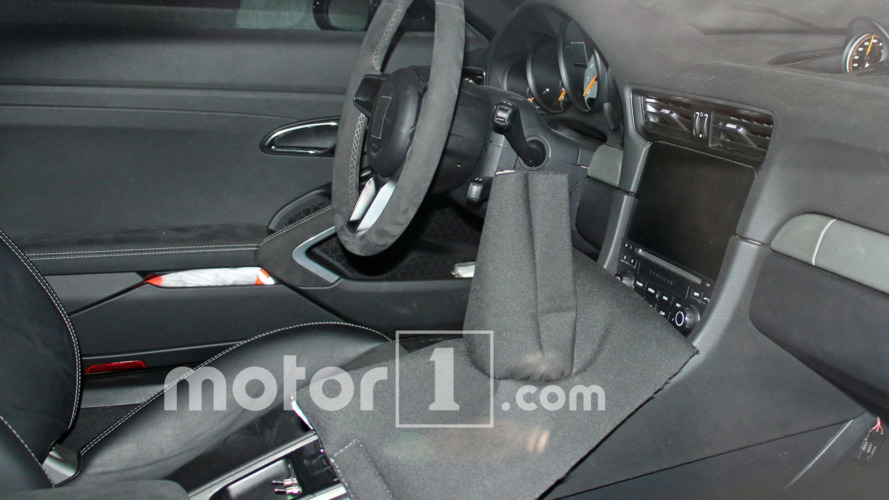 For a boost in output, Porsche would allegedly give the GT3 a retuned version of the 4.0-liter flat six from the GT3 RS and 911 R. The output might even top the 500 horsepower (373 kilowatts) from the mill’s current applications. The GT3’s present 3.8-liter powerplant is good for 475 hp (349 kW).

Aesthetically, spy photos indicate this is a subtle refresh (below), including small tweaks to the front fascia and rear bumper. That's not a weakness because the current GT3 already looks great. 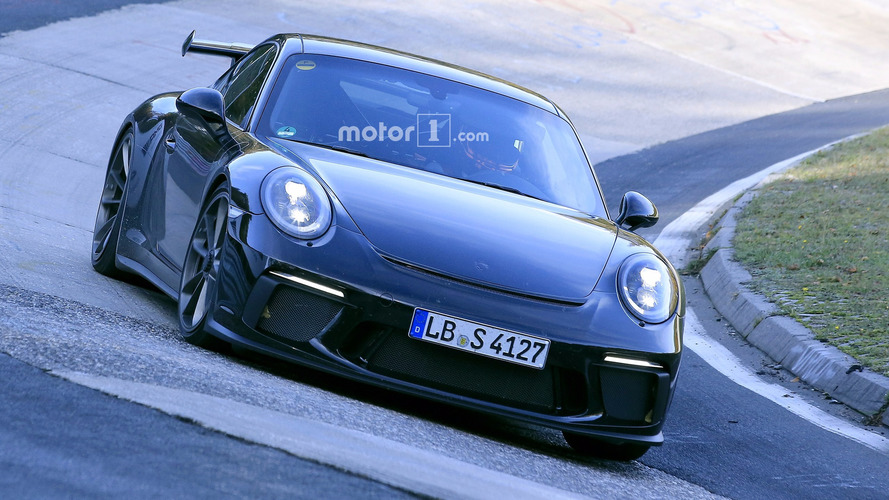 Autocar also cites insiders indicating that the 911 GT2 could be ready by the end of the year. It uses the 3.8-liter biturbo flat six out of the existing Turbo but extensive tuning allegedly takes the output to 650 hp (485 kW) from the stock 580 hp (433 kW). The muscle might be tough to handle since a seven-speed dual-clutch (reportedly there isn’t a manual) sends power exclusively to the rear wheels. Porsche’s engineers originally hoped for the powerplant to make 700 hp (522 kW) but couldn’t make it happen without resorting to water injection, according to Autocar.

Spy photos already show the GT2 (below) during testing at the Nürburgring, and it looks wild. The body kit includes massive intakes up front and along the sides. A gargantuan wing sits on the tail. 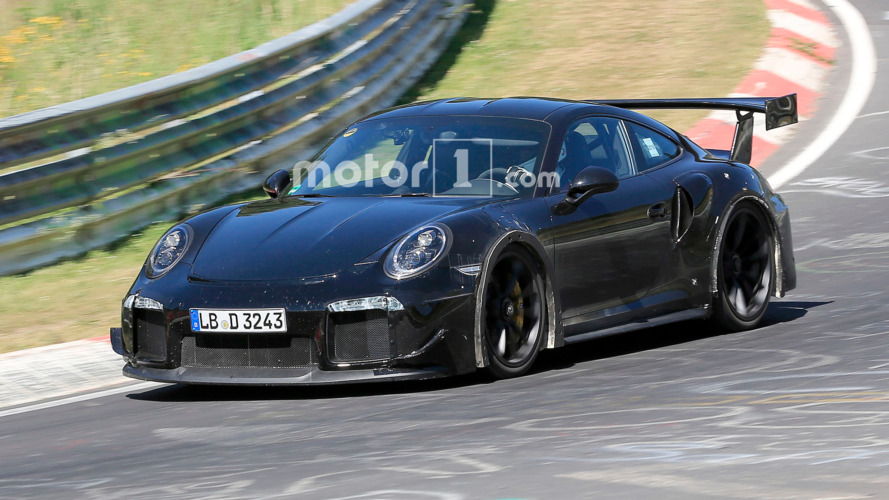 Fans of the 718 Cayman can be excited too because Porsche is allegedly working on a GT4 RS, according to anonymous sources speaking to both U.K.-based sites. The hardcore coupe would reportedly have a de-tuned version of the 4.0-liter engine in the 911 GT3. The company wouldn’t want to make GT3 buyers too envious, so expect the range-topping Cayman to be just a bit slower than the performance-tuned 911. The German automaker previously said that the GT4 RS wouldn’t happen, but the demand was apparently high enough to change the company’s mind.