6 Worst Moves Automakers Made In 2020 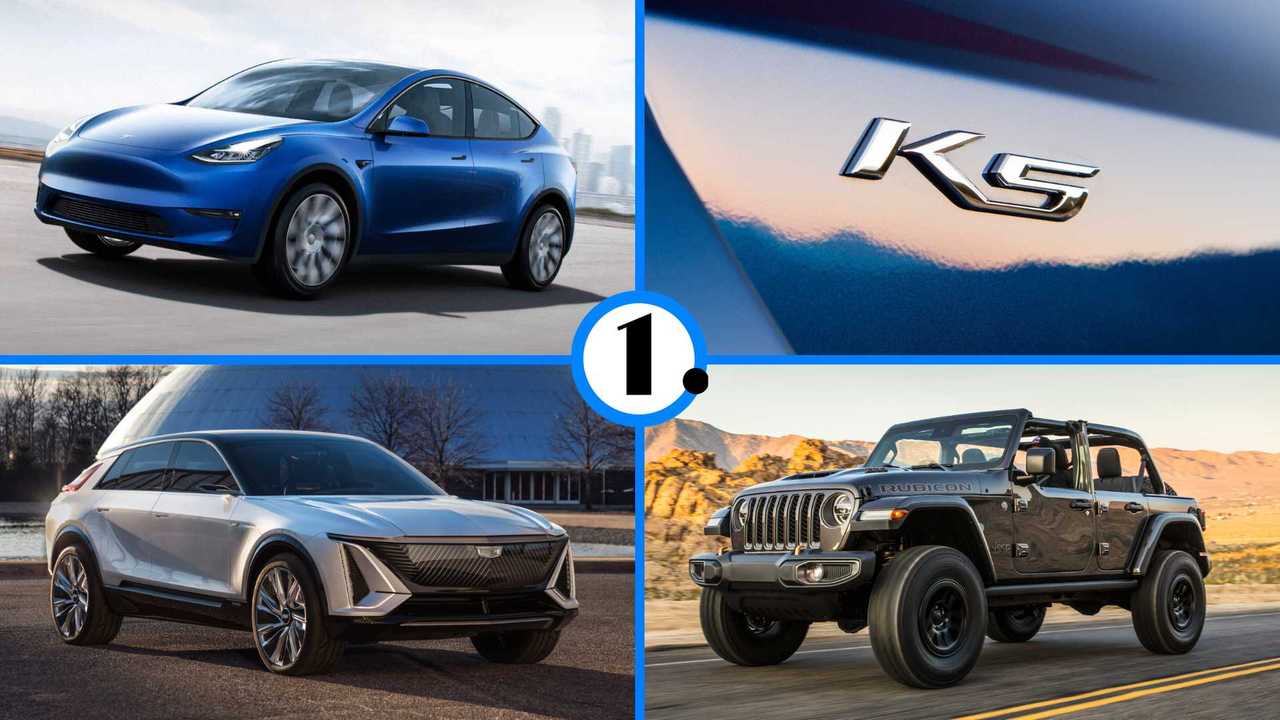 Not every decision was a winner.

This year has been nothing short of wild. The coronavirus pandemic froze daily life around the world in March, including the ever-evolving automotive industry. Fiat Chrysler Automobiles and PSA Group announced its new would be Stellantis. Ford revived an icon with the 2021 Bronco. General Motors resurrected the Hummer name, slapped a GMC badge on the front, and made it an EV.

However, not even 2020 could stop some automakers from taking a misstep or two. GM’s tie-up with Nikola fizzled while BMW teased it could soon have customers deciding between heated seats and Netflix. To close out the year, here are six automaker missteps of 2020.

Year In The Rearview Mirror:

Who can fault General Motors for wanting to date a hot electric vehicle startup? Legacy automakers and brand new EV makers have been pairing up this year like teenagers before the prom. Ford and Rivian got hot and heavy. Hyundai and Rimac are going steady. And rumor around the industry is that Nissan has its eye on Hercules. For some strange reason, when GM looked around the room for a dance partner, it found love at first sight with Nikola, an EV startup that promised a future hydrogen-and-electric powered pickup truck and semi-tractor trailer. A $2 billion investment was announced, and GM became the production partner for Nikola’s future Badger pickup.

Just one small problem: GM was caught having not done its due diligence after a report was published by Hindenburg Research that Nikola and its sketchy CEO, Trevor Milton, were frauds. GM tried to stand by its new partner, but the honeymoon lasted less than two months when the entire partnership was scrapped and the Badger unceremoniously killed (it was never even alive). To save face, both parties signed a new agreement for GM to supply Nikola with hydrogen fuel-cell powertrains for its future semi-truck (also not a real thing), but that’s got about the same chance of happening as Kathy Ireland saying yes when I asked her to Winter Formal back in high school. I had to do that with a hand-written letter; social media didn’t exist yet.

The big question is why did GM choose Nikola when there are so many more established and promising EV startups out there? Fisker, Lucid, Faraday Future. Take your pick – there are more. But no, Nikola had to be the one, and for that, GM’s reputation took a hit.

Earlier this year, word began circulating that the next-gen Kia Optima wouldn’t wear the Optima moniker. Instead, Kia would call it the K5, retiring the Optima name that’s been in use since the model’s introduction in the US. It’s a strange move that kills the name and brand recognition the company has built over two decades. However, the K5 name falls more in line with what the company offers in its home country.

In recent years, automakers have shifted away from alphanumeric names that the German automakers have been using for decades. Lincoln was one of the first to walk away from such schemes, and Cadillac announced the same move in late 2019. That’s what makes Kia’s change all the more interesting.

It’s not clear if Kia plans to rename its entire lineup in the US, though it does offer models that wear K-inspired names in South Korea. The Forte, Cadenza, and K900 are called the K3, K7, and K9, respectively.

Jeep Shoves A Hemi V8 Into The Wrangler

Rule number one in business: Respond to your competition, but don’t react. A response is a well-thought process, whereas reactions are knee-jerk and seldom in the best interest of the company. That’s exactly what the Jeep Wrangler Rubicon 392 is – a reaction to the Ford Bronco and frankly, it’s as clear a desperation move as we’ve seen from any automaker in a long time.

Yes, people do V8 swaps into Wranglers and there are some aftermarket companies that offer such a thing. Those are very specific customers building a custom Wrangler for a very specific purpose, and it likely has nothing to do with what the core Wrangler audience enjoys the most. Off-roading and rock crawling are slow-speed activities where gearing, maneuverability, ground clearance, and torque matter more than 0-60 times or the ability to do second-gear burnouts. The whole situation is made even more awkward by Jeep’s prior words about a V8 not fitting well in the Wrangler’s bay.

Aside from the small segment of die-hard Mopar fanatics with incomes generous enough to buy a 392, this won’t be a popular Wrangler. Then again, it wasn’t built to fill Jeep’s bank account. It was built to slow down the Bronco’s freight train of excitement that has over 190,000 confirmed reservations from eager buyers. Unfortunately, that plan failed because here we are at the end of 2020, still talking about the Bronco on nearly a daily basis while the Rubicon 392 has all but disappeared from the radar.

Cadillac made a bold move late this year, not only allowing dealers to opt-out of making the necessary upgrades to prepare for the brand’s coming EVs, but it also offered them a buyout. Nearly one-fifth of Cadillac dealers opted out, which even giving dealers that option feels like a miscalculated move.

The Cadillac Lyriq will be the brand’s first fully electric vehicle that’s set to arrive in 2023, while the entire lineup, or nearly all of it, could go all-electric by 2030. If Cadillac wants to establish itself as a luxury EV brand, it must offer impeccable customer service, and sporadic dealership coverage seems the opposite.

GMC is prepping the all-electric Hummer, though while only about half of GMC dealers have signed on to sell the EV, the company said it wouldn’t offer a buyout. Automakers can make superb vehicles, but a poor dealership experience can hinder a new vehicle’s success.

With moves like downplaying the danger of the COVID-19 virus and supplying allegedly the wrong type of ventilators to hospitals, calling Elon Musk’s response to the coronavirus pandemic lackluster would be an understatement. Perhaps worst of all, Tesla fought against California officials and re-opened the Freemont factory, despite orders not to do so.

Want the company to seem even scummier? No problem. A Washinton Post report notes that the automaker told workers who didn’t feel comfortable about coming back to work that they could stay at home. At least two workers received termination notices when they didn’t come in.

From a business perspective, it’s understandable why Tesla would want to re-open a vital factory as quickly as possible. The optics of the decision look awful, though. Tesla appeared to be telling the health department that the company know more about mitigating the deadly pandemic than medical officials.

BMW announced earlier this year its ambitious plan for over-the-air updates, teasing a very dystopian future that no one asked for. The German automaker hinted that it could install certain hardware features on its vehicles and then allow customers to access them through a subscription fee, cordoning off access through software. The company suggested such features could include remote start, heated seats, power seat memory, and more.

BMW first started adding in-car subscriptions by putting Apple CarPlay behind a paywall, asking customers to fork over $80 a year to access the service, though the company backed down from the subscription service in late 2019. However, that apparently hasn’t dissuaded the company from looking elsewhere to add in-car subscriptions. As tech continues to infiltrate cars, automakers may be keener to monetize certain features through subscriptions. General Motors has found great success with OnStar and recurring subscribers.

Subscription services are everywhere and multiplying, so it only makes sense that automakers try to get in on the game. However, monthly fees of $10 to $15 can quickly add up, leading to a future where one might have to decide between having Netflix or heated seats for a month.