It was a little low on torque, but that's probably a good thing.

The 2021 Mini John Cooper Works GP is the most powerful Mini ever made. Packing 302 horsepower and 332 pound-feet of torque from a turbocharged 2.0-liter four-cylinder, it can scamper to 60 miles per hour 5.0 seconds and carry on to a top speed of 165. Considering where the hottest Minis of years past came from, the new GP is a huge leap forward.

But just how big of a leap? To find out, we took our John Cooper Works GP tester to Detroit Tuned, one of North America’s premiere aftermarket shops for Mini performance. DT has been in business for over 15 years, with owner Chad Miller and team offering everything from aesthetic tweaks to massive overhauls. It was just the place to bring the hottest Mini for a test of its abilities.

Miller backed the GP up onto his shop’s Mustang dyno to see just how furious its 2.0-liter engine would be. The big-winged GP didn’t make things easy, though, with its digital instrument cluster – introduced this year on the hot JCW and the all-electric Mini Cooper SE – presenting difficulties when accessing the car’s dyno mode. Once Chad and team sorted out that issue, though, we got to the business of testing.

After three pulls, the Mini returned some interesting numbers. The horsepower figure was right where we expected it, at 261 wheel horsepower (weather corrected). Assuming the usual 15-percent driveline loss, that comes out to right around the 300 horsepower Mini claims. Our GP struggled on its torque rating, though, returning 256 pound-feet at the wheels, or around 294 lb-ft at the crank. 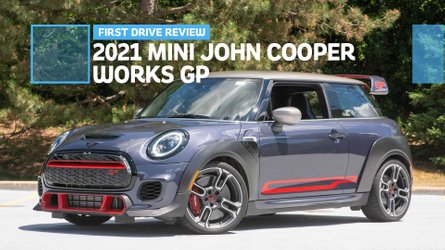 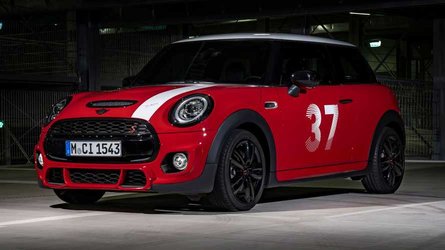 We have a few theories about why the GP came up short. The first is that the weather was hardly conducive to dyno work – it was very hot and humid during our testing. Mustang dynos are known to return lower figures than Dynojet units, too. It’s entirely possible that in different conditions and on a different dyno, the GP would have hit its stated torque figure while exceeding its factory horsepower stat.

That said, after a week of driving the GP, maybe a little less torque wouldn’t be a bad thing. Take a look at our full first drive on the Mini John Cooper Works GP to find out exactly what we mean.