Chasing Some Fleeting Joy In The Cadillac CT6 Platinum Blackwing

Its days are numbered, and that’s a real shame.

As of this writing, I’m winding down from a long freeway shakedown of the 2019 Cadillac CT6 Platinum, one of two trim levels that come with the company’s not-long-for-this-world Blackwing V8. In the $98,790 Platinum that I’m driving, that means 500 horsepower – the more sporting CT6-V gets 550 – but whatever the number, the Blackwing is the engine Cadillac should have installed in the big sedan from the get-go.

Although less powerful than the LS-based, supercharged 6.2-liter V8 from the old CTS-V and myriad Chevrolet models, the Blackwing feels lusty and peerless, qualities that Cadillac should be known for. That's why it's rather sad that Cadillac is putting both the twin-turbocharged 4.2-liter Blackwing and the entire CT6 lineup out to pasture after the 2020 model year. Two revolutions around the sun are not enough for this engine, in my eyes, and the CT6 doesn’t deserve to die either. 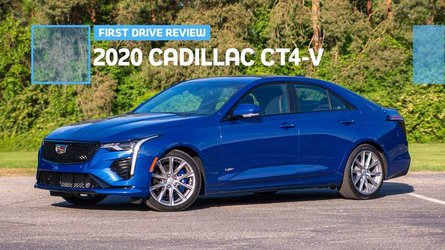 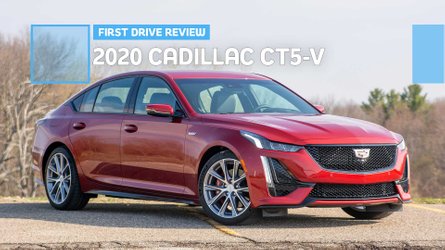 I’m going to level with you, reader. I’m feeling almost bereaved that two of Caddy’s best products in decades – a bespoke engine and the luxury car it powers – are going away. The loss feels personal for some reason, and I’ve finally figured out why thanks to a quarantine-motivated counseling sesh with an old friend.

A disclaimer: I am deeply grateful to God/good fortune/the universe for my comfortable apartment, enjoyable job, and physical health. The novel coronavirus SARS-CoV-2 has reduced people around the globe to unemployment, sickness, and death; meanwhile, I wax poetic about a luxury car that was provided to me free of charge, which I then got paid to write a review of.

That said, the aforementioned COVID-19 pandemic is hitting all of us hard, if in different ways. Social distancing has placed us literal and figurative arms-lengths away from the rest of humankind. Healthy habits like physical exercise and outdoor recreation are less accessible. And then of course, there are the actual bereaved, those who have lost loved ones to the virus or the various aftershocks it has sent into the community.

I think that’s why I find myself surprisingly sad that Cadillac is coming tomorrow to pick up the CT6 Platinum and take it away. It’s not that it’s such a wonderfully exceptional vehicle that I can’t live without it in my life (although it is very, very good). Instead, it’s that I find myself thinking far too much about the impermanence of everything, from the closure of my favorite restaurant to the thousands of deaths this disease has caused.

As my friend pointed out, we’re all desperate for any kind of succor right now. When every essential errand needs five contingency plans and every cursory glance at the news seems to bring more uncertainty and fear, those moments of respite are precious and invaluable.

That’s what the CT6 Blackwing was for me this week. They dropped it off on the day I turned 31, and I ate up my first 70 miles driving around Los Angeles to experience it – a dazzling birthday present, I’d say. A day or two later, it took me on a trip to the Central California countryside for photo and video, coddling me every step of the way (and kicking serious ass on some of the twisty roads I took to get there).

In my time with the CT6, I learned the Blackwing V8 delivers its 500 hp and 574 pound-feet with a buttery groundswell of force that GM’s other V8s can’t match. Power comes on strong as the tachometer needle swings, with less torque down low but a very satisfying song up high. Shifts from the 10-speed automatic gearbox are either firmly energetic or well-damped, depending on the drive mode; ditto the bombastic quad-exit exhaust note. The "hot-V" turbocharger configuration minimizes lag, making the Platinum Blackwing an ideal long-distance cruiser with comfortable, triple-digit speeds a twitch of the toe away.

Of course, the Platinum comes standard not just with that V8, but with Cadillac’s impressive Super Cruise technology. An extensive suite of sensors, comprehensive lidar freeway mapping, and a high-precision GPS enable truly hands-free driving, with the CT6 able to handle freeway curves and traffic jams without driver intervention – automatic lane changes will arrive when enhanced Super Cruise arrives on the 2021 Escalade. Nevertheless, I made a habit of keeping a hand on the wheel, which saved my bacon once when the driving assistant suddenly shut off (frighteningly, on a curve), but I could see the feature being very handy on a coast-to-coast trip.

At the other end of the driving spectrum, the CT6’s Omega platform yields a strong and stiff backbone upon which to build a compelling canyon-carver. Weighing in at 5,617 pounds, the CT6 Platinum ain’t a Miata, but it drives far more sportingly than the similarly priced Mercedes-Benz S450. Credit goes, in part, to the Caddy’s narrower proportions – in fact, the CT6 feels a lot like an E38 BMW 740i, a hall-of-famer in right-sized luxury sportiness. Also improving both stability and maneuverability is four-wheel steering, while Magnetic Ride Control provides iron-fist suspension tuning with velvet-glove comfort.

There are some missteps. Interior quality is far better than most GM products (only the 2020 Corvette C8 comes close), but the CT6’s cabin isn’t the equal of the ever-plush S-Class or the surprisingly glass-trimmed Lexus LS. Plastics at knee level and below should be soft or leather-wrapped when paying 90 large. What’s more, being slightly narrow of beam means the rear seat is a wee bit cramped, especially for taller passengers. The reclining and adjustable rear perches help, but there’s still room for improvement, pun intended.

The CT6, especially the Blackwing, is very nearly a return to form for the company.

I’ve always been a fan of Cadillacs, admiring the glamorous space the badge occupied in the 1950s and 1960s, as well as the slightly false veneer of authority from later decades. The CT6, especially the Blackwing, is very nearly a return to form for the company. The Platinum drives with an imperious sense of occasion, sending the message that it doesn’t really care about your opinion because it knows it’s a Cadillac. There are a few unfortunate woes – those unpleasant interior materials and a high price – but overall, the V8-powered CT6 is very good.

Built for just two model years, the CT6-V and Platinum Blackwing hopefully will still make an indelible mark on company history. While less common than legends like the 1971 Coupe de Ville (owned by my friends Steve and Michael, who joined me on a socially distant Cadillac cruise), the current flagship sedan still offers similar levels of decidedly American style and presence. Over the course of a week, it drew longing gazes from passersby surprised by its menacing V8 burble, while its solo occupant – me – grew intoxicated by the Blackwing’s lavishly equipped muscle. Like a torrid love affair that begins and ends abruptly and with much drama, I’ll be thinking about this sedan for years to come.

And so, in a time when we’re all scrambling for something on which to anchor ourselves, I project my fears for the future onto the death of the CT6 and the Blackwing. I find myself saddened that I’ll probably never drive one again. And I hold the memories – of a remote California poppy field, a burbling V8, and a Cadillac luxury sedan – close to my heart.