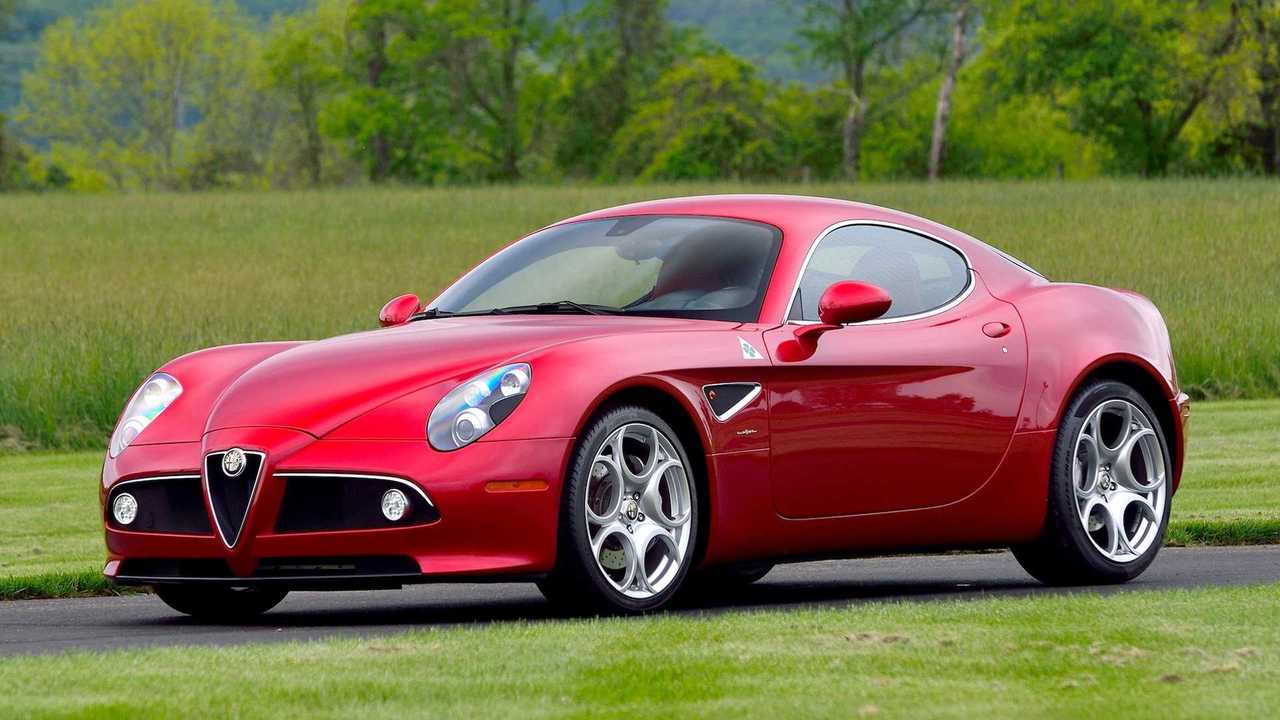 The 8C Competizione marked Alfa Romeo's return to the States.

Today we know Alfa Romeo as a mainstream, luxury manufacturer responsible for cars like the Giulia sedan and Stelvio crossover. But 13 years ago, the company returned to the U.S. following a notable 22-year absence with a stunning, limited-production coupe known as the 8C Competizione.

The first 8C debuted as a concept in 2003. But the final production model didn't show up in Europe until 2007. Limited to just 500 units worldwide, the production 8C barely strayed from the concept that debuted four years prior. It still had the same shapely body lines, dramatic triangular grille, and rounded taillights. Only, the road-going 8C bore new wheels, updated Xenon headlights, and a rear-hinged hood.

Hiding under the rear-hinged hood was a Ferrari-sourced 4.7-liter V8 good for 444 horsepower (331 kilowatts) and 354 pound-feet (480 Newton-meters) of torque. With its standard six-speed transaxle gearbox, the 8C Competizione could sprint to 62 miles per hour (100 kilometers per hour) in just 4.2 seconds, and on to an official top speed of 181 mph (292 kmh).

But there was one slight problem: the Alfa Romeo 8C Competizione was exceptionally pricey. The coupe started at $301,600 in the U.S. when new. And it only offered two standard colors, red or black. Buyers interested in additional hues would have to pay extra. Notable celebrities like James Glickenhaus and New York Mets outfielder Yoenis Cespedes both owned one.

Following the success of the 8C coupe in 2007, Alfa Romeo released a convertible version just a year later. Like the coupe, the company limited production of the 8C Convertible to just 500 units – and just 35 made their way to the States. But unlike its hardtop sibling, the droptop 8C offered a slightly more reasonable price tag. The convertible sports car started at – wait for it – $299,000 in the U.S. Chump change, really.