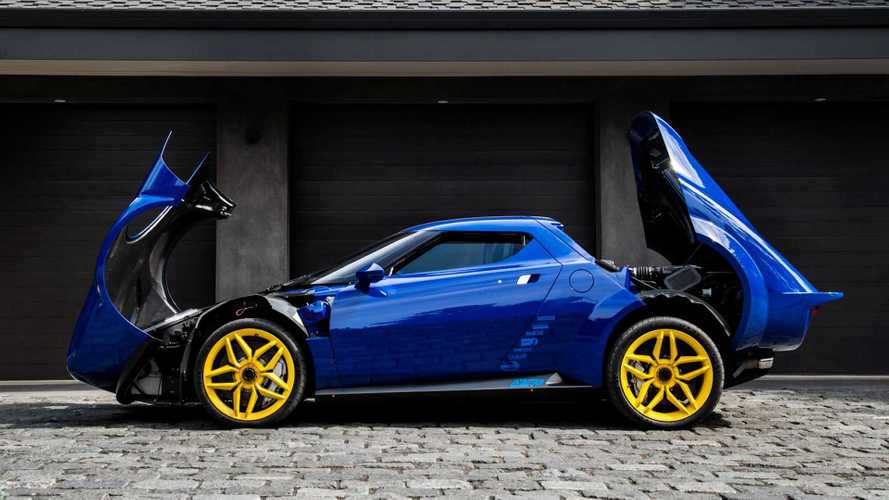 The reborn Stratos that isn’t a Lancia.

Introduced in 1973, we all know the Lancia Stratos as one of the winningest World Rally Championship cars of all time. By taking home WRC trophies in 1974, 1975, and 1976, the Bertone-designed coupe cemented itself as one of the best cars to ever do it on dirt and an icon among enthusiasts. Production of the road-going Stratos, though, lasted just five years. And the FCA-owned Lancia brand hasn't looked back on the project since.

But in 2010, rally fan and German billionaire Michael Stoschek helped fund a startup project known as "New Stratos." An homage to the original, this New Stratos promised a modern, production-ready take on the iconic rally car… but not without a few roadblocks in-between.

The first prototype of the New Stratos debuted in 2010. But with an F430 Scuderia as its base and a look penned by Pininfarina, Ferrari wasn't all too keen on the idea. The Italian powerhouse brand shut down production of the New Stratos temporarily, citing intellectual property concerns.

But after nearly eight years of back and forth between the two brands, and not to mention plenty of additional engineering in the meantime, Manifattura Automobili Torino (MAT) and its backers announced a limited run of the New Stratos for production. The car officially went on sale in 2018.

Still using a heavily modified Ferrari F430 Scuderia as its base, the New Stratos lobs 7.9 inches (200 millimeters) off of the Ferrari's wheelbase, as well as sheds a few hundred pounds in the process thanks to a lightweight steel frame. Underhood of the New Stratos is a modified version Ferrari's 4.3-liter V8, here good for 540 horsepower (403 kilowatts) and 383 pound-feet (519 Newton-meters) of torque. Some customers can even get a 600-hp (447 kW) option.

In 2017, the company New Stratos GbR gave Manifattura Automobili Torino (MAT) of Italy the rights to produce the New Stratos. That same company builds James Glickenhaus’s SCG003C supercar. But customers interested in taking home the New Stratos won’t get it for cheap. The cost of the New Stratos is $618,000… Ferrari 430 Scuderia not included.