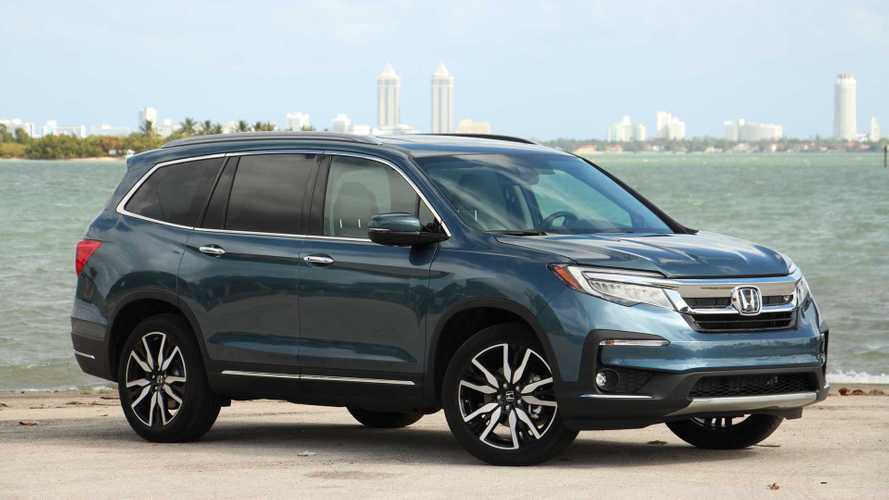 We've got a fast car – but life won’t be easy for our newest ward.

There's a new member of the Motor1.com family, and it has four wheels, three rows of seats, and a healthy dose of versatility. And that's a good thing – this outfit needs a vehicle that can handle the lousy traffic around our Miami, Florida base, support the team on video shoots in the South Florida area, and accommodate the impromptu trip up north to Disney World. (What, we like Epcot, okay?) Those tasks call for something big and comfortable, with ample air conditioning, plenty of smart technology, an healthy cargo hold, and a rear hatch we can film from.

With that list of requirements in mind, we snagged an updated 2019 Honda Pilot, widely regarded as one of the best options on the market for families that need three rows of seats and enough space so that siblings (or in our case, associate editors) can't assault each other easily.

After a bit of back and forth, the team at Honda conjured up a Pilot Touring Elite – with an MSRP of $49,065 (including destination) – and said we could putter about in it for six months. Our first journey behind the wheel was a great taste of all the Pilot could do, and it even saw the creation of its official nickname.

Together Since Day One

Rather than have the Pilot delivered to our Miami office, Honda invited Associate Editor Greg Fink and myself to visit the CUV's Lincoln, Alabama manufacturing facility and take delivery there. We'd then road-trip back to Miami. This took me and fellow associate editor Greg Fink to Honda Manufacturing of Alabama in Lincoln, Alabama where the Odyssey, Ridgeline, Pilot, and now the new Passport, are built.

Honda gave us a tour of the facility, which is also home to the Odyssey, Ridgeline, and the new Passport, but more importantly, Greg and I got the opportunity to drive our factory-fresh Pilot right off the assembly line. Pretty cool, although Honda stressed that it's not an option it offers to customers.

The Motor1.com team opted for a 2019 Touring Elite finished in Steel Sapphire Metallic with gray interior. While the color is subdued under grey skies, it shines with a pearlescent finish in the sunshine. The Elite Touring comes standard with all-wheel drive, 20-inch wheels, the Honda Sensing active safety suite, and a 3.5-liter V6 engine that’s works alongside a nine-speed automatic transmission.

After seeing our car in the metal for the first time (and parking it next to its new Passport sibling), we fired up the Pilot’s navigation system and headed south. The 12-hour trip that followed from Lincoln, Alabama to Miami gave us our first impressions of Pilot’s road-tripping capabilities, overall SUV credentials, and it even saw the birth of our long-term tester's nickname.

During the first two-hour section of the drive, Greg and I poked and jumped around the Pilot like two rambunctious kids, alternating who drove and who played. We opened every compartment and pressed every button. Alabama’s open highways provided the perfect landscape to test the Honda Sensing suite of safety features, which includes road departure mitigation, lane-keeping assist, a collision-mitigation braking system, and adaptive cruise control.

By pressing the steering wheel-mounted button twice, the adaptive cruise kicks in, slowing the car as needed with surrounding traffic. The adaptive cruise sensors work in tandem with the lane-keeping assist system, too. This means that for brief periods of time, we didn’t need to use either our hands or feet to drive the car – save for a few stretches of very curvy highway through outer Atlanta (it's worth noting that this sort of behavior isn't recommended, even if the Pilot tolerated it well). For the most part, the systems worked as advertised on the highway and made the long drive that much more comfortable.

Speaking of comfort, leather seats with heat and cooling, second-row captain chairs, a rear-seat entertainment system, and a wonderful panoramic glass roof all come standard on the Elite trim. After a few hours, Greg fell asleep in the back seat, which created the perfect opportunity for me to test out my favorite feature in the Pilot: Cabin Talk.

When you turn on Cabin Talk, microphones pick up the driver’s voice and amplify it via speakers in the back rows of the vehicle. It’s clearly aimed at improving communication between parents and their children – though only one-way, since the technology doesn’t work in reverse. On that day, my child was Greg and the technology worked with flying colors. Just ask him.

Greg and I also basked in the audio from the Pilot's 10-speaker, 590-watt audio system. Complete with a subwoofer, the standard audio system on the range-topping Pilot helped christen our long-termer. While brainstorming a nickname while driving through southern Georgia, the 1988 Tracy Chapman hit "Fast Car" came on the radio – and thus, our long-term Pilot had its name. This is Tracy Chapman.

Before crossing the state line into Florida, we had Waffle House on the mind (as one does while traveling through the south). After grubbin’ on breakfast combo platters and too much coffee, we continued on towards our overnight rest stop in Clearwater, Florida.

For our second day of driving, we had to make it from Clearwater to Miami. Maintaining consistent highway speeds, our trip computer told us that we fell short of the Pilot’s official rating of 27 miles per gallon on the highway, but were above its 19 MPG city estimate. Over the 272-mile jaunt, Tracy managed just over 23 MPG combined.

You can expect much more in-depth reporting on the Pilot’s driving dynamics and fuel efficiency over the next few months, but for now, we are happy to report that it's an exceptional road trip companion, at least for two men traveling with no kids.

Our southern road trip served as the perfect introduction to our Honda Pilot, Tracy Chapman. Though the car faces many more tests over its six-month tenure with Motor1.com, the trip reaffirmed why the Pilot is the perfect choice for a production/adventure vehicle.

Next up is a comparison test with one of the Pilot’s closest rivals, followed by plenty of road tripping and off-roading. At some point, the Pilot will also receive a slight makeover with our favorite accessory options. Check back on Motor1.com for frequent updates, and look for the tag #Motor1Pilot on social media.