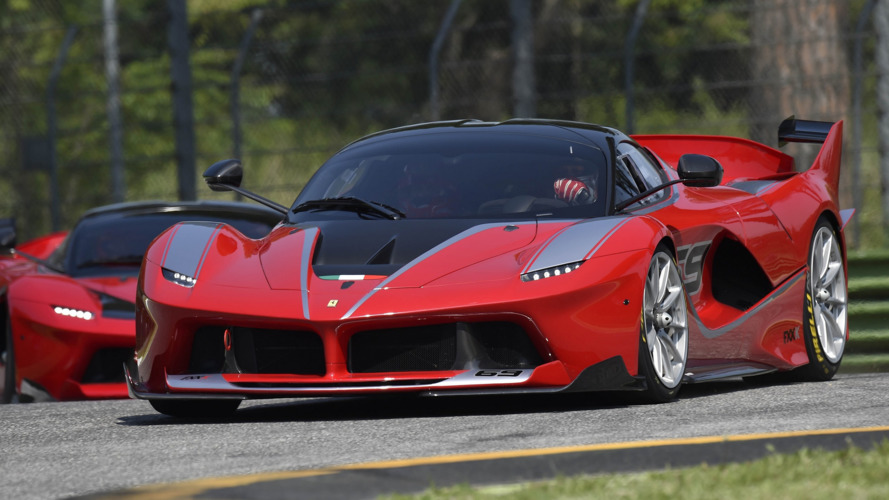 High-end carmakers keep churning out no-holds-barred track specials, but what if they were to race?

We've seen a trend among the supercar contingent in recent years, with more and more manufacturers building limited-run track day specials. These cars aren't bound by regulations or rulebooks and as such they'll never race. Instead, they're reserved for the rich and the even richer, starved of the competition they definitely deserve. That's a real shame.

Ferrari, Aston Martin, and McLaren are among the manufacturers who have built cars with a couple more spoilers, a handful of extra zeroes on the pricetag, and a few hundred extra horsepower thrown in for good measure, but what would a motorsport series look like if these cars were to race head-to-head?

The idea isn't completely out of this world. In fact, not too long ago, something extremely similar existed. In the early 1990s, international sports car racing was non-existent, but by the middle of the decade, it had boomed. The boom led to increased manufacturer involvement, which brought us a bunch of homologation specials.

Much like the terrifying Group B rally cars of the 1980s, top level sports car racing featured prototype race cars, which had to be homologated by a limited production run of road variants – unlike group B that required a minimum of 200 roadgoing versions to be built, GT1, as it was known, required just 25 road-legal cars.

The rules brought us a small collective of extremely special cars such as the Porsche 911 GT1 (above left), and the Mercedes-Benz CLK GTR (above right). Even McLaren's legendary F1, which wasn't even intended to be morphed into a racing car, got track time. It did alright too, winning the 1995 "24 Hours of Le Mans" against purpose-built racing cars with no road-going cousins.

The regulations didn't exactly last though, with purpose-built racing prototypes soon taking GT1's place once and for all. GT1 lived on for a little while longer as a lesser category, with the likes of the Maserati MC12 racing in the early 2000s, but the days of production-based sports prototypes were long gone.

If GT1 were to return, we'd have no shortage of cars to put into. Almost every supercar manufacturer has put out a limited-run track day special. While these cars aren't road legal (well, not unless you "know a guy"), almost all of them are derived from road cars, and they certainly wouldn't look out of place on the starting grids of Le Mans, Spa, or Daytona.

Ferrari are definitely class leaders in the expensive toy game. Since 2005's FXX, the Prancing Horse has rolled out no fewer than six GT prototypes as part of its XX Clienti program for well-heeled customers, the most recent of which being the FXX K Evoluzione which was first shown last year.

Head to one of Ferrari's exclusive events, you'll see the LaFerrari-derived FXX K on track alongside the older FXX and 599XX models, and their Evoluzione counterparts.

McLaren may have been a big player in the 1990s sports car game but it hasn't really existed as a volume carmaker for all that long. Still, despite that, it certainly would rival Ferrari in a hypothetical modern-day GT1 series. It could even field two different cars as well thanks to last week's reveal of the Senna GTR.

Aston Martin has been racing since the dawn of time, but it hasn't really been a ultra-high performance production carmaker for long at all. Drawing on its Le Mans experience, the company rummaged through its parts bin a few years ago to produce the Vulcan track car.

Fast forward to today and Aston Martin is enjoying a healthy relationship with the Red Bull F1 team. That relationship gave the British marque access to the legendary Adrian Newey and his drawing board, and on it, he penned utterly bonkers Valkyrie.

Besides the short-lived Zonda GR project, Pagani hasn't really done the whole racing thing. That didn't stopp the company from making a handful of track specials during the Zonda's near-20 year official production run.

The Zonda R debuted in 2009, breaking the Nürburgring track record a year later. The formula was improved further with the Zonda R Evolución which came a few years after.

Like Pagani, Lamborghini isn't really known for its motorsport exploits. That being said, it has increased involvement in customer GT racing in recent years, and even took a class win at this year's Daytona 24-hour race.

Could Lamborghini get in on a prospective racing series for track toys? Of course it could.

Well, no. Not exactly, but something similar is reportedly under consideration.

The ACO and the FIA, the two bodies which jointly come up with the World Endurance Championship and 24 Hours of Le Mans rulebook, are exploring the possibility of ditching the current space-age near-identical prototypes for racing cars that more resemble production cars or reflect each manufacturer's unique identity in a bid to entice more carmakers into the top level of sports car racing once again.

Such a move will likely be similar to Imsa's DPi rules, which employ readily available stock prototype chassis, but with bodywork mirroring each manufacturer's showroom products bolted on top.

Ah well, we can keep dreaming.