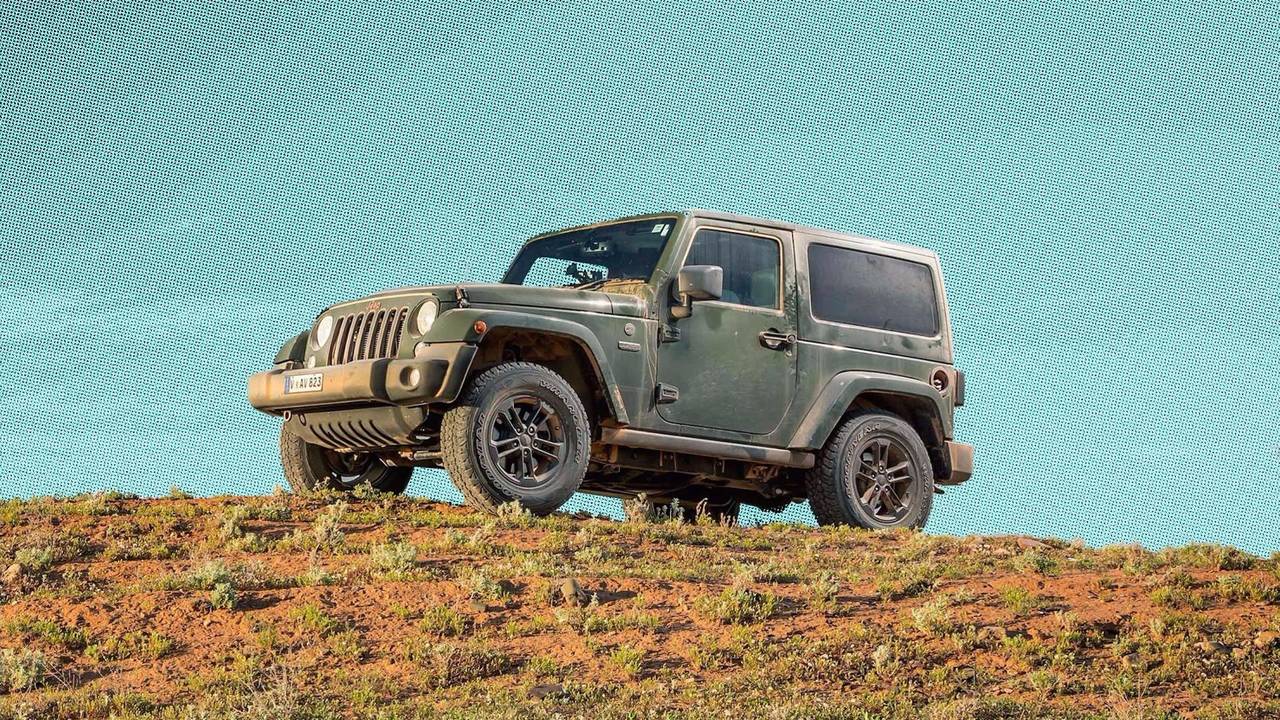 One type of 4X4 system excels off road, while the other is best for boosting traction while traversing slick or snowy roads.

Fresh from its service as a "General Purpose" vehicle during World War II, the original Jeep and its assorted offspring would become synonymous with four-wheel drive in the 1950s and ‘60s. Today, nearly a third of all vehicles sold in the U.S. put their power to the pavement via all four wheels, employing either four-wheel drive (4WD) or all-wheel drive (AWD) as traction-enhancing alternatives.

Generally speaking, most pickup trucks and truck-based sport-utility vehicles offer 4WD as either standard or optional equipment, while all front-wheel-drive car-based crossover SUVs and a growing number of both rear- and front-drive passenger cars can be equipped with AWD. Which configuration is best for a given motorist – if it’s needed at all – depends on any number of factors, including the type of vehicle and how it’s intended to be used, and the severity of one’s winters.

Prior to the late 1980s when they were all truck-based and used primarily by outdoor enthusiasts and tradespeople, sport-utility vehicles were often referred to as “4x4s,” by virtue of four-wheel-drive systems that imbued them with uncanny off-road abilities. But back then a motorist had to get out of the truck and manually “lock” the front wheel hubs to send power to all four corners. Today’s 4WD systems are much more sophisticated and come in several varieties, each of which is skewed more toward either off- or on-road use.

Off-Road Glossary: Everything You Need To Know
⠀

Do You Need Winter Tires If You Have 4WD?

The simplest and least expensive type of four-wheel drive is called part-time 4WD. Here, the engine powers only the rear axle until the driver pushes a button or shifts a lever to additionally engage the front wheels. Most pickups and truck-based SUVs now offer full-time 4WD that allows a driver to choose between rear-drive, 4WD, and a safety minded “automatic” mode that engages the front wheels as needed when sensors detect wheel slippage. A third variant called permanent 4WD includes the aforementioned automatic system, but offers no two-wheel-drive option; to some degree, all wheels receive power at all times.

Generally, four-wheel-drive systems include “low range” gearing for times when maximum torque is needed, such as getting out of the deepest snow drifts or mud ruts, which makes it the ideal configuration for those living in remote and/or snow-packed areas. It’s also best for those who traverse steep unpaved hills and engage in extreme off-road adventures. Here, a driver has to either engage a lever or a dedicated switch to enable low-range gearing, but it’s designed to operate only for temporary and low-speed use.

Available in many passenger cars, virtually all car-based crossover sport-utility vehicles, a few truck-based SUVs, and one minivan (the Toyota Sienna), AWD is similar to permanent four-wheel drive in that it sends additional power to the front or rear wheels as necessary to maintain traction over wet or snowy roads. Those living in snowier and/or more remote areas will want to choose an AWD car, particularly if the alternative is a rear-drive configuration that tends not to fare well in terms of traction over slick roads.

Some AWD systems are also engineered to improve a vehicle’s handling abilities on dry pavement, sending additional power to one or more outside wheel as needed in a torque-vectoring array for quicker cornering. AWD tends to rectify the inherent negative tendencies of both rear- and front-wheel-drive cars, correcting a rear-drive model’s tendency to fishtail its back end while also negating torque steer that pulls at the front wheels of front-drive models.

Newest AWD Vehicles On The Market:

Under normal circumstances, some AWD systems will send 100 percent of the engine’s power to the front wheels, while others will split the difference between front and rear on a 50/50 basis. Many sporty and luxury cars fitted with AWD will send more power to the rear wheels to maintain a sportier rear-drive feel. Unlike 4WD, however, AWD does not come with low-range gearing, which means the system isn’t intended for hearty off-road use.

Some truck-based SUVs and car-based crossovers additionally offer a so-called terrain management system that allows the driver to optimize the vehicle’s four-wheel performance to maximize traction according to separate modes. Typically engaged via a dial on the center console, such systems typically include settings for traversing normal pavement, snow, sand, and mud/ruts.

Where it’s optional, adding 4WD or AWD to a truck or SUV usually adds around $2,000 to a vehicle’s sticker price, although, depending on where you live, having it can boost a car or truck’s trade-in value and/or make it easier to sell. In addition to adding mechanical complexity to a vehicle that could lead to added maintenance and repair costs down the road, equipping a vehicle with either four-wheel system adds weight, which exacts a 1-to-2-mpg toll in terms of fuel economy. Driving all four wheels for extended periods can also lead to premature tire wear.

And unless you live where the winters are particularly harsh, you may not need to spend the extra money for either 4WD or AWD. Overall, a rear-drive-based car or truck benefits the most from the added traction a good 4WD system provides, given the configuration’s inherent tendency to slip and slide over slick roads. On the other hand, a front-drive car or crossover should suffice as-is for most city and suburban dwellers facing moderate winter conditions.

The 10 Safest Car Brands on the Road

But be aware that any vehicle’s foul-weather abilities can be improved simply by changing the tires to accommodate the conditions. Those who own a sporty car equipped with low-profile “summer” performance tires that are designed for ultimate grip over dry pavement should at least switch to a set of all-season radials for the winter. Motorists residing in snowbound areas may want to install snow tires, which feature large, deep tread blocks to provide the greatest traction over ice and loose surfaces. In fact, tests have shown that front-wheel-drive cars fitted with snow tires can outperform an equivalent AWD car with all-season tires under extreme winter circumstances.

Finally, keep in mind that no matter which drive system is equipped on your car or truck, there’s no violating the laws of physics. Driving all four wheels might make a vehicle go faster on wet on snowy pavement, and may afford a bit of extra grip in near-zero-traction situations over ice, but it does little to aid a vehicle’s cornering abilities and virtually nothing for braking. Even the brawniest 4WD trucks can spin out of control on a patch of ice or through a slick curve if driven without regard to conditions.