5 Weird Subarus That Made It An American Favorite

From the odd Brat to the quirky Baja, Subaru has taken an unconventional path to becoming a very successful automaker in the United States.

Subaru is now celebrating eight consecutive years of record sales in the United States, but with this success we are starting to see the brand lose some of the quirky personality that make its older models so attractively unconventional. There’s nothing especially weird about the current Outback or Forester; they’re quite good mainstream crossovers. When Subaru first reached the U.S. market, though, it brought a variety of weird and unconventional models. Here are five of our favorites from the automaker's catalog of past curiosities.

Old Subarus Are Still Around: 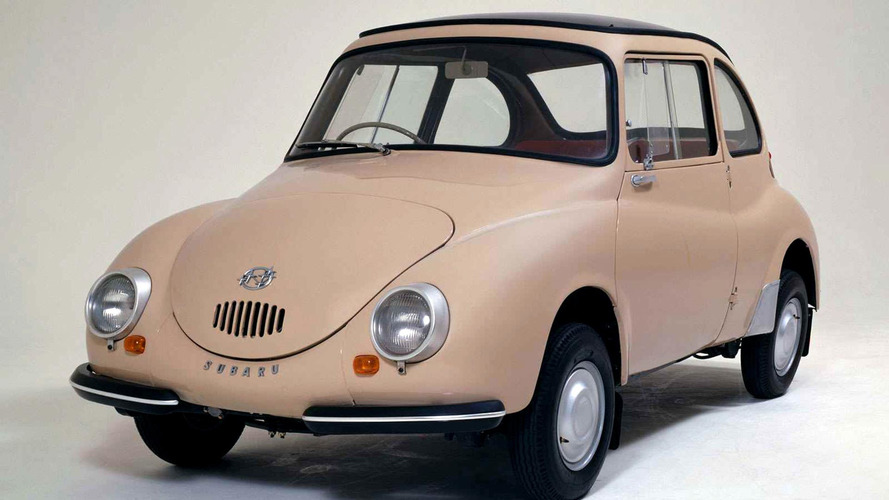 Subaru got off to a strange start in the U.S. in 1968 when Malcolm Bricklin and his business partner decided to import the tiny 360. Priced at $1,297 (the equivalent of $8,995 in modern money), the 360 was cheap but miniscule compared to what was on America’s roads at the time.

The 360 fell into Japan’s kei class of vehicles that received tax breaks based on their compact size and small-displacement engines. At 118 inches (2,997 millimeters) long, the 360 was about 42 inches (1,067mm) shorter than a contemporary Volkswagen Beetle. Its 356-cc, air-cooled, two-cylinder, rear-mounted engine didn’t provide much pep, either. A review by Consumer Reports in 1969 found a 360 required 37.5 seconds to reach 50 miles per hour (80 kilometers per hour) – and for context, the people’s car from VW needed 14.5. It’s amazing that in the late ‘60s muscle car heyday, this little thing was on the road, too.

While not a great performer, the 360 remains incredibly cute. The bug-eyed headlights and rounded features give the little car a ton of personality.  The roly-poly look makes it easy to see why the car has the nickname “ladybug” in Japan. 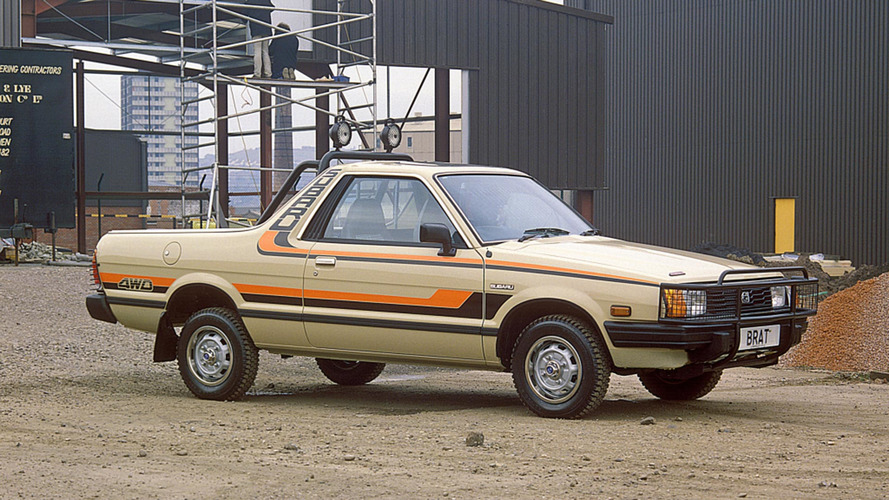 The Subaru Brat’s oddness stems from an age-old desire: avoiding taxes. By placing a pair of rear-facing seats in the pickup’s bed, Subaru could technically classify the Brat as a passenger car in the U.S., meaning it wasn’t subject to the 25-percent ‘Chicken Tax’ on imported pickups. The clever move allowed Subaru to keep the Brat’s cost down, making it easier to compete against little trucks from Japanese rivals like Toyota and Datsun (now Nissan). 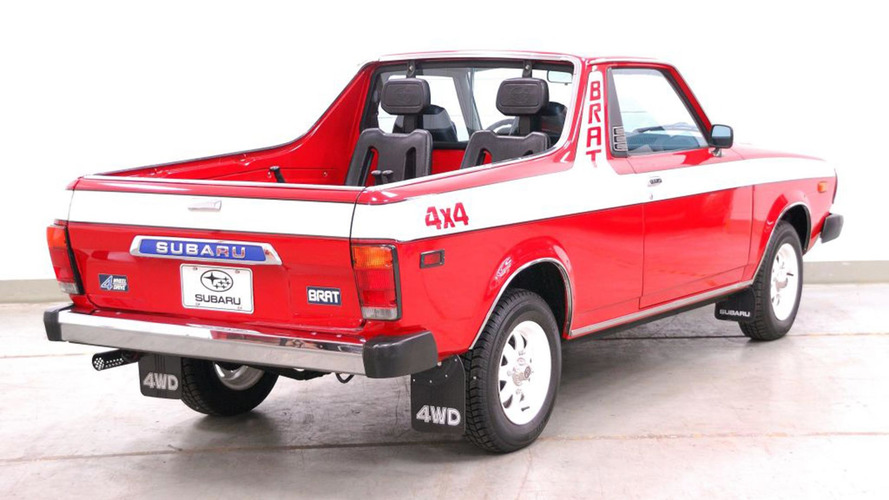 Beyond the unique seating layout in the bed, the Brat had other quirks. Unlike many pickups, you could get it with removable roof panels over the passenger compartment. There was also an available center headlight hidden behind the Subaru emblem for flashing to pass other drivers. 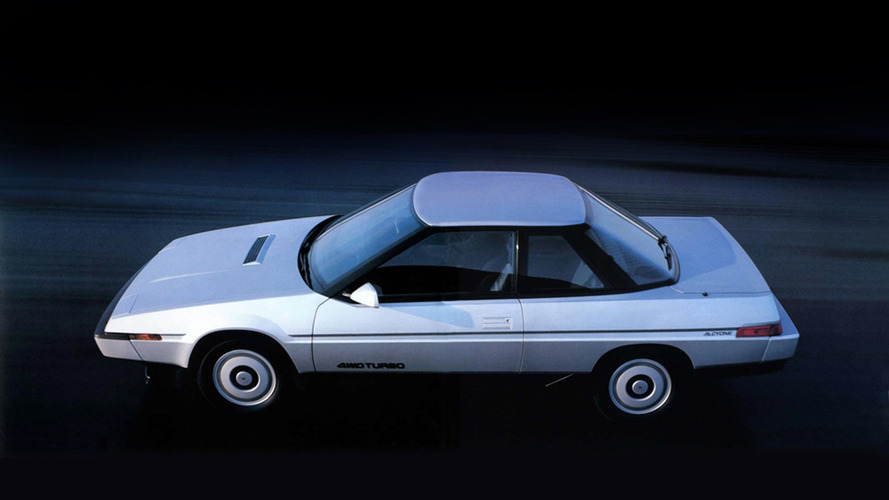 Years before the WRX and STI gave Subaru its performance reputation, the XT was the company's first major effort in the U.S. at offering something really sporty. Introduced in 1985, the wedge-shaped design still looks futuristic. Subaru’s marketing images especially accentuate the razor-sharp lines that make the coupe look ready for takeoff, and the thin strip of taillights remind us of the eye slit in Robocop’s helmet. 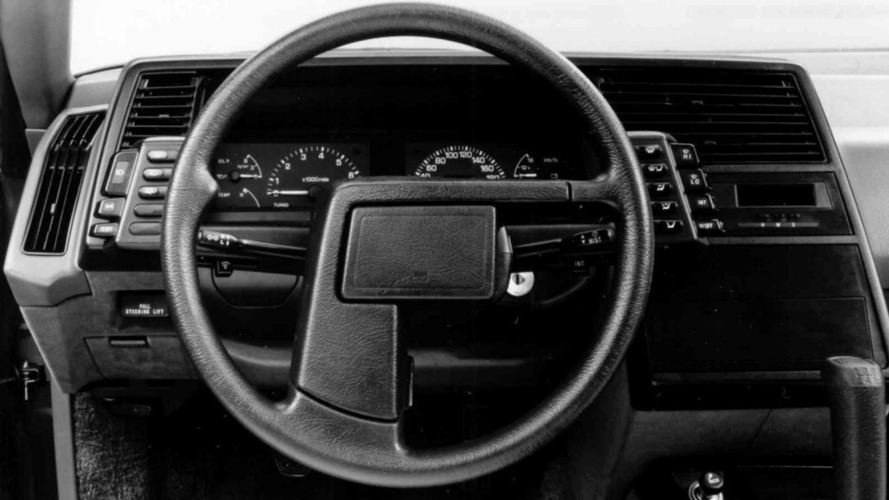 The interior is every bit as visually interesting as the outside. The driver grips a steering wheel with L-shaped spokes. Bizarre pods flank the wheel and house the controls for the lights and HVAC system. Some models even had a digital dashboard display that evoked the best of Knight Rider.

Unfortunately, the XT’s performance couldn’t live up to its spacey looks. A 1.8-liter turbocharged boxer on early examples was only good for 110 horsepower (82 kilowatts). A later 2.7-liter flat six in the XT6 model bumped the output to 145 hp (108 kW). 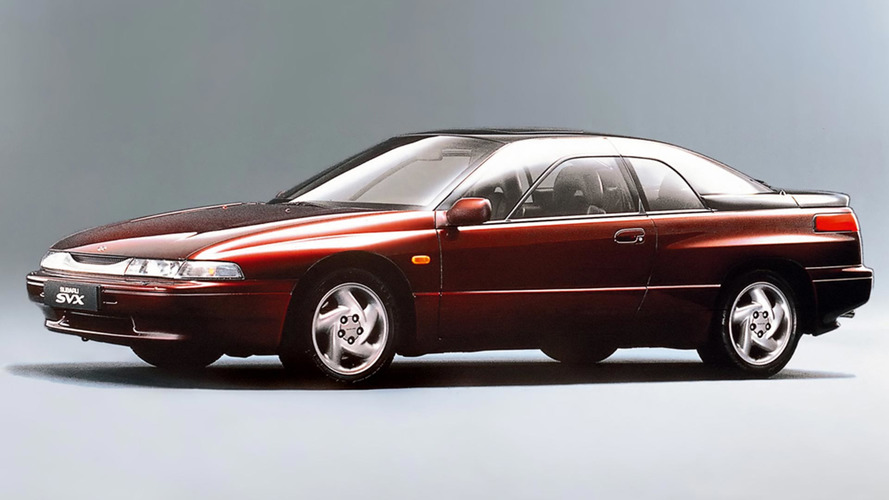 Subaru followed up with XT with the similarly strange SVX. In the era of Japanese performance cars like the Toyota Supra and Mazda RX-7, Subaru decided to launch a range-topping grand tourer. Famed designer Giorgetto Giugiaro penned an aircraft-inspired body that ditched the XT’s hard edges for smoother lines.

The design’s focal point is a huge glass canopy. However, only a small portion of the side window glass actually opens, which likely makes runs through the drive-through very difficult. Some models feature two-tone paint with a black roof that matches with the pillars, and it makes the top portion of the coupe appear entirely transparent from the right angles. Giugiaro’s coupe looked like no other Subaru before or since.

Under the hood, a 3.3-liter flat six was good for 230 horsepower, and a four-speed automatic was the only available gearbox. 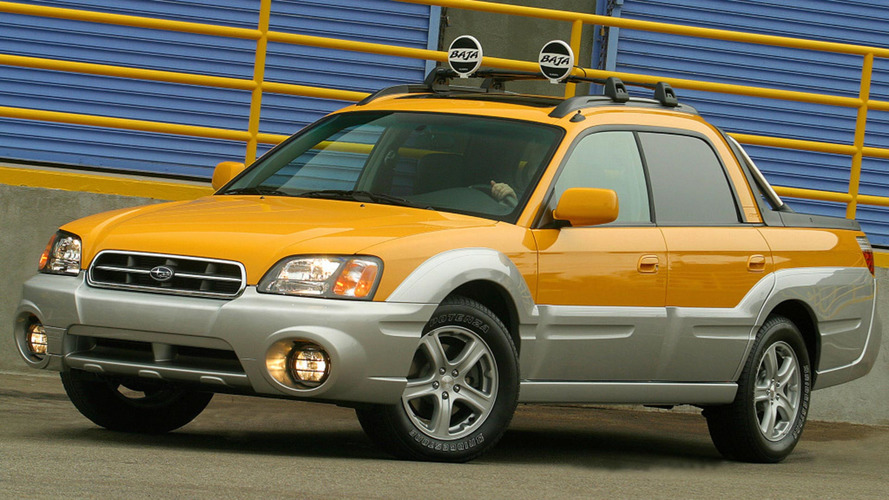 Roughly 15 years after the Brat left the American market, Subaru returned to the pickup market with the Baja for the 2003 model year. It certainly wasn’t a traditional truck, though – essentially, Subaru took the existing Outback wagon and lopped off the roof over the rear cargo area to create a small bed.

The right color makes all the difference toward making the Baja look good. Two-tone examples with contrasting lower body cladding are absolutely hideous to our eyes (see above). In combination with the polished buttresses in the bed and roof rack, the design can be rather overwrought.

The design is quirky in the right ways, though. For example, a panel between the bed and passenger compartment open for hauling especially long cargo. Plus, the available turbocharged 2.5-liter boxer offers more performance than you might expect from a wagon-pickup amalgamation. Buyers weren’t drawn to these peculiarities at the time, and the utilitarian model died after just four years.