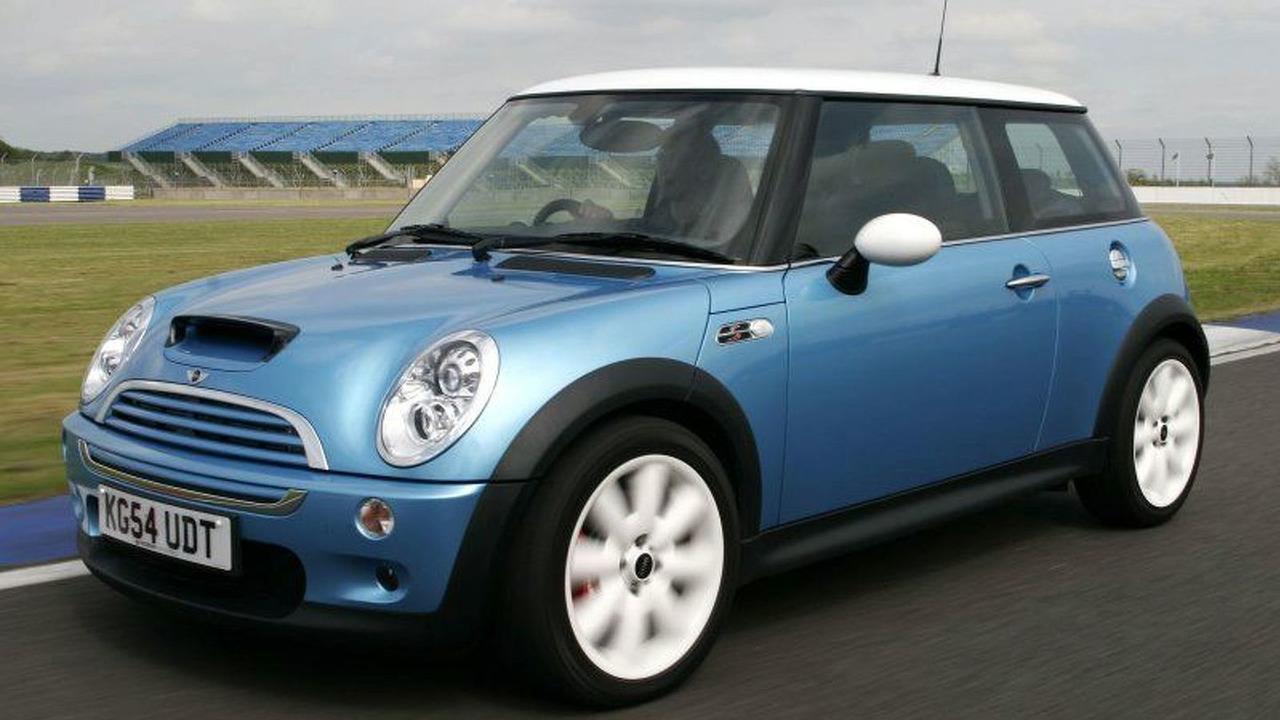 This is the 300 T. It has a 307bhp Turbo-powered engine courtesy of Brodie Brittain Racing and it will do 160mph in a straight line. It might just be the fastest Mini in the world, ever.

Everybody has a favorite Mini story, be it tearing around the streets of Chelsea in the Swinging Sixties or hanging on to the back of exotic sports cars in an aging and barely MOT worthy rollerskate on wheels. Crucially, most of these stories are of the old car. New MINI has become a fashion icon, but it has grown-up and lost some of the thrill factor of the original. Not this one. This is the 300 T.

It has a 307bhp Turbo-powered engine courtesy of Brodie Brittain Racing and it will do 160mph in a straight line. It might just be the fastest Mini in the world, ever… Former British Touring Car driver Dave Brodie, who still holds a good few lap records and wins races round the UK when he finds the time, has a unique set-up. He doesn’t specialize and will rebuild and improve any car as long as the customers have the cash to pay for it. He has earned the nickname ‘The Master of Going Faster’ and the respect of the entire industry after decades in motorsport and tuning. Special projects have included Adrian Newey’s 330bhp Lotus Elise, a 1000bhp Lamborghini, and a 600bhp 3 Series. So when a customer demanded the fastest Mini in the land, Dave tore into the task with relish.

He decided on a turbocharger, and if he was going there then he needed to start from scratch with the 1.6-liter four cylinder powerplant. BBR strapped a replacement, big-bore cylinder head, new camshafts, high-flow fuel system, and injectors. It also meant weeks staring at raw code for resident electronics ace Neil. It was his job to fool the main chip into thinking it was still attached to a supercharger, which required no less than four other ECUs feeding into the main unit. Shaven-headed Neil doesn’t have to worry about losing hair, but when he realized halfway through that BMW had changed a lot of the code on the MINI package and he had to start again, it didn’t do wonders for his sanity. The other major sticking point with a savage conversion like this was getting enough air into the system to feed the turbo and increased combustion, and cooling everything down. He replaced the intercooler with that giant air intake and filtration system, together with a more efficient intercooler.

Apart from that the gaping mouth, the car looks like any one of 1000 driven to work in London by PR girls every day, just as the owner wanted: a wolf in sheep’s clothing. Even the Cooper S Works has just 200bhp to contend with, the Mini was just never intended to handle this kind of power. No front drive road car ever was, in truth, as the Mini’s power output is right up there with a British Touring Car Championship contender, so reigning in those horses was always going to be the major skill. With 307bhp and an epic 313lb ft of torque at 5000rpm, this car was always going to be a handful, but had it all been available from the off this car would have been near undriveable and the test would have descended into a farce of wheelspin, torque steer and clutch smoke. So Brodie and his men came up with a rather neat solution: three-stage boost delivery.

Mash the throttle to the carpet in any of the first three gears, the system will release all 2 bars of boost at once and this car will fight you all the way down the road with the front wheels smoking and the nose tugging out of line over every rut and ripple in the road surface. But be gentle and sensitive with the inputs and it’s just as fast as many major league sportscars as the power kicks in progressively and at a point when the front wheels can lay the power down. Handled with temperance, this machine is far more driveable than Physics dictates. It hits 60mph in less than 5.8s, despite inevitably scrabbling for grip off the line, and though it takes its time to hit the final peak it will just about stretch to 160mph.

The Mini is, aerodynamically speaking, a housebrick. When a car is this square it takes a heap of extra power to lift the terminal velocity, and Brodie’s boys deserve more than a pat on the back for squeezing 160mph, just 40 less than a Ferrai Enzo, from a shopping wagon that carves the air like a nailfile cuts sheet steel. And it’s amazing fun, too, just as entertaining in its own special way as any one of the niche rear-drive sportscars that populate our shores. The engine, predictably, screams like a drowning cat when it’s rung out and the mechanical sigh of the wastegates opening every time I lifted the throttle permeated through the whole cabin. On public roads that was a regular thing, even Dave had to lift occasionally on his high-speed thrill ride through the Northamptonshire traffic before leaving us with the keys and owning this car would be a constant exercise in self-control. The violence of the forward motion is out of character for such an innocuous looking car, too, even past 80mph when the standard MINI has all but run out of thrust.

This is the Dr Jekyll side of the 300 T: the tooth-gnashing Tasmanian Devil It provides a brutal kick to the back and the shocked expressions of those in supposedly faster machinery as the BBR car bolstered down and shot off towards the sunset was worth the price of this £17,950 conversion on its own. Everybody knows something isn’t quite right as it canters off into the distance, chirruping like a wound-up sparrow on each upchange. It will slaughter most others under braking, too, as the Mini’s deceptively wide stance gives it a strong basis for handling and slowing down, and Brodie has fitted AP Racing stoppers to haul the car down from those rarified speeds that will become all too familiar territory for the new owner. A limited slip differential and that three-stage power delivery keeps it in a straight line and in the corners combines with BBR’s Power Grip handling kit. It’s a complete rejig of the suspension set-up, to kill the understeer that manufacturers deliberately dial in to all modern cars as it’s easier for the average driver to handle when things get hairy on an icy back road.

Crucially, though, BBR doesn’t replace the springs and dampers and so the ride and comfort, major selling points with the standard car, are unaffected. Lots of tuned cars with ‘improved’ suspension, especially Minis, are simply wooden, spine-jangling tooth-breakers. You don’t always need to go rock hard to get Velcro-style grip. Inevitably there’s the tiniest pitch in corners as the car pulls down harder on the outside wheels. Once the nose is settled the 300T carves through bends when driven intelligently.

Of course with that much power on board and a limited slip diff it’s easy to send the car out of line. Just boot the power the whole way through the bend, be ready with more opposite lock when the next load of boost comes in and this car would be all the fun you could ask for. Drive it like that and you will eventually end up facing the wrong way in a cloud of your own tyre smoke, without hitting anything if you’re extremely lucky, but that’s what extreme cars like this are all about. It’s easy to forget the charms of front-wheel-drive as we all go in search of ‘proper’ sportscars, but this car positively invited us to drive like a hooligan.

Now this is a £17,000+ conversion, but fun like this doesn’t come cheap. The customer was due to pick his car up any day after our test. He probably has stories to tell already.