It’s everything we love about the S-Class, plus sunlight.

Mercedes is making such good products and gotten so good at variations of its base products that we imagine it uses a Forza Motorsport 6 configurator to design new offerings. A Daimler executive probably stands over a designer’s shoulder to issue commands while they watch a car revolve on a virtual turntable:

“Start with the S-Class sedan.”

“Make it eight inches longer behind the B-pillar.”

“Perfect. That’s the Maybach. Click that ‘Armor’ button on the right. That’s the Maybach Guard. Make another one that’s 320 feet long. That’s the Pullman – and probably an extra billion in revenue so far, no? Let’s take a break, I’m wiped out. Oh yeah, click ‘Armor’ again for that Pullman and e-mail all that to Maybach. Now lunch.” 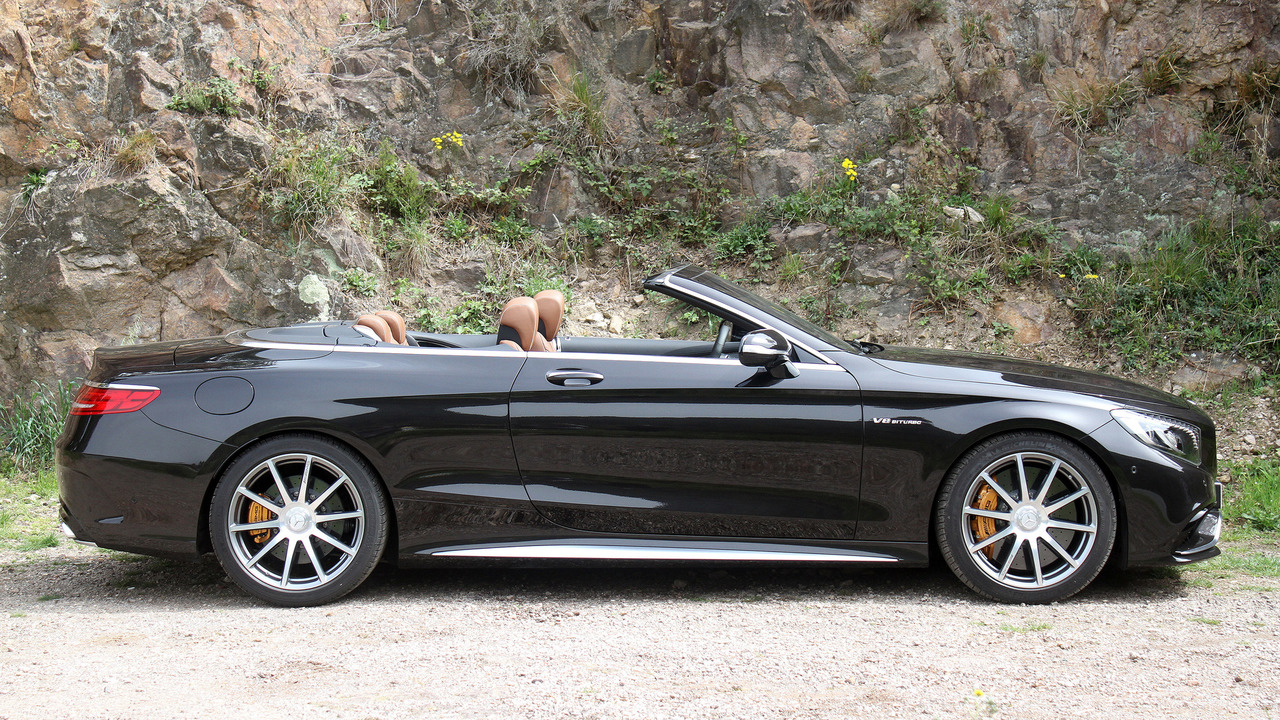 This scenario makes it tempting to suggest the S-Class Cabriolet is but one mouse action away from the S Coupe – and outwardly, it is. Front-on, you’ll only know this particular car is the cabrio because the cabin is filled with light. Put your finger over a profile image of the S-Class Coupe to hide the roof, and you have the profile of the S-Class Cabriolet. Everything from the doors forward has migrated from the hardtop, and the rear has undergone only minor reshaping because, well, you know what they say about things that aren’t broken…

The Cabriolet possesses the same wide, low, daunting figure that compels us to approach the hardtop – the Evander Holyfield of coupes – with respect, lest we make it angry. The lack of sheet metal above does emphasize the length of the body, which is only eight inches shorter than the sedan, as well as the sculpting on almost every panel. This won’t be to everyone’s liking, but in the eyes of every passer-by in the South of France where we drove it we saw only, “Oui.” Appropriate, seeing that Monaco is this vehicle’s spirit animal.

The interior is leather, clean lines, cross-stitching, metallic accents, and climate-controlled AMG chairs as soothing as lullabies. It’s everything we love about the S-Class, plus sunlight. 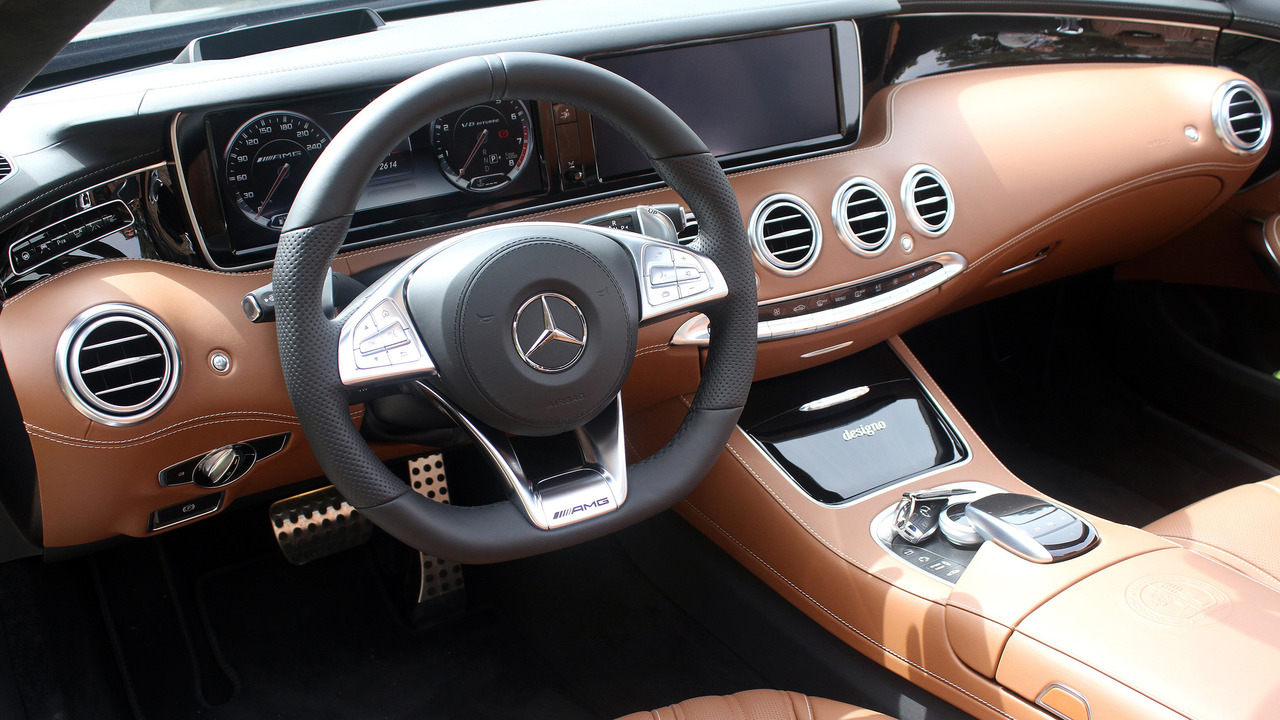 Yet only the daft would think Daimler would miss this opportunity to invest in new technology under the skin. Mercedes engineers can’t help themselves, pathological tinkerers who would happily upgrade a beer garden with Magic Lager Control and Bratwurst Assist Plus. To hold weight down Mercedes redesigned the rear floor in aluminum, making this the first S-Class to have more than half of its surface area composed of periodic table element 13. The bulkhead between the cabin and the trunk is a magnesium core wrapped in aluminum, another feature making the cabriolet’s body-in-white the same weight as the coupe.

There’s a 187-pound weight difference between the finished vehicles, a mere four-percent gain on the S63 Coupe’s 4,678 pounds. The minimal increase is a function of tweaks like installing a lithium-ion battery, using pyrotechnics to launch the roll bars in case of a rollover accident as opposed to springs, and integrating an NVH damping module into the roof opening system. Merging those two components into one saves 15 pounds. The incremental subtractions counter the heft of the three steel crossbars that brace the longitudinal aluminum chassis members, providing equivalent torsional stiffness to the hardtop. 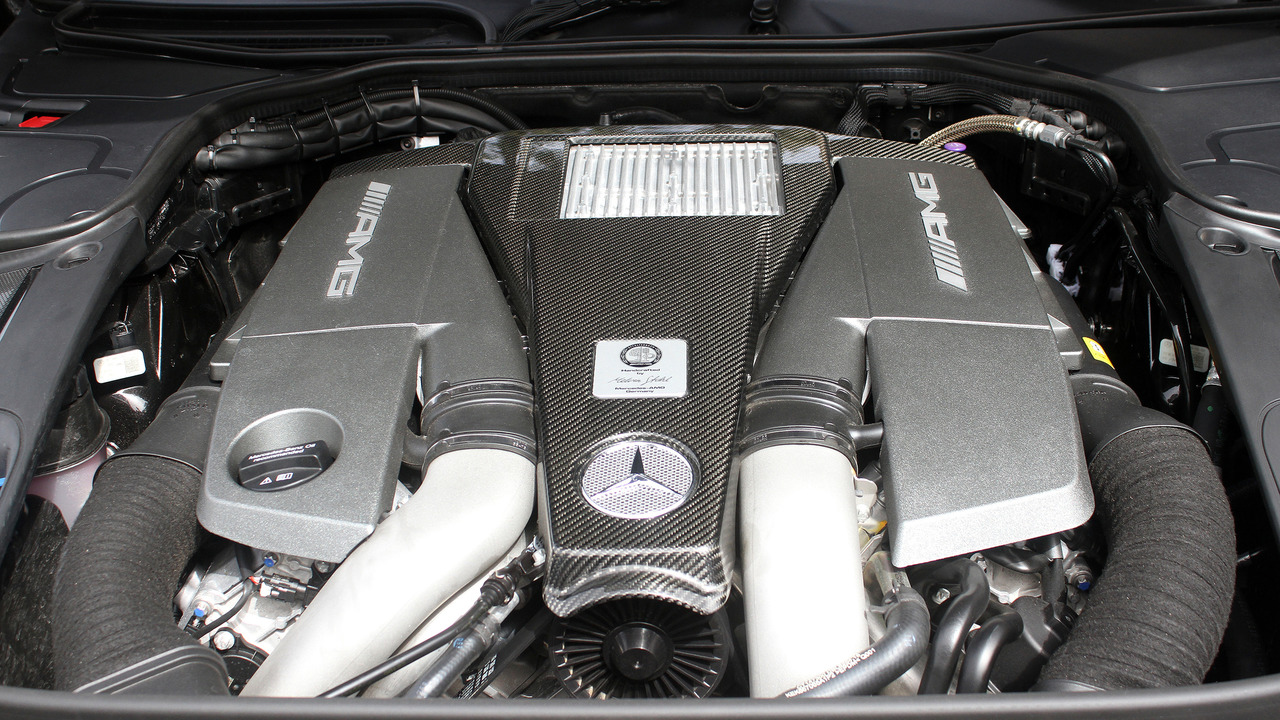 What you have, then, is an S63 Coupe with a three-layer insulated soft-top that can be had in in black, dark blue, beige, or dark red. When closed, the interior is as quiet as a crypt. The hydraulic roof mechanicals eat up about two inches of rear legroom, perhaps the most guilt-free compromise in the galaxy considering how grand that world becomes when you invest the required 20 seconds to put the top down – a feat you can accomplish at speeds up to 37 miles per hour. More importantly for the golfing crowd, the stowed top eats up a third of the trunk space, so it could be time to give up the game and focus on looking good. The soft-top does introduce the one regrettable design feature, being the Aircap panel that stands atop the A-pillar and reminds us of Johnny Five from Short Circuit. However, we must admit that in conjunction with the wind deflector between the rear headrests, the system works quite well.

But you can’t see that from inside the cabin, your living room laid atop a very fast set of 20-inch wheels. The 5.5-liter biturbo V8 with 577 horsepower and 664 pound-feet of torque speaks through the quad-tipped exhaust in a subdued, seismic bass at idle. The motor opens its throat to bellow whenever you play unkind with the accelerator; it will holler its way to a 3.9-second dash from zero to 60 mph or just as easily fill the autoroute with a casual thunder at 100 mph, all of that boisterousness climbing up over the decklid and dropping into the cabin to act as another passenger. 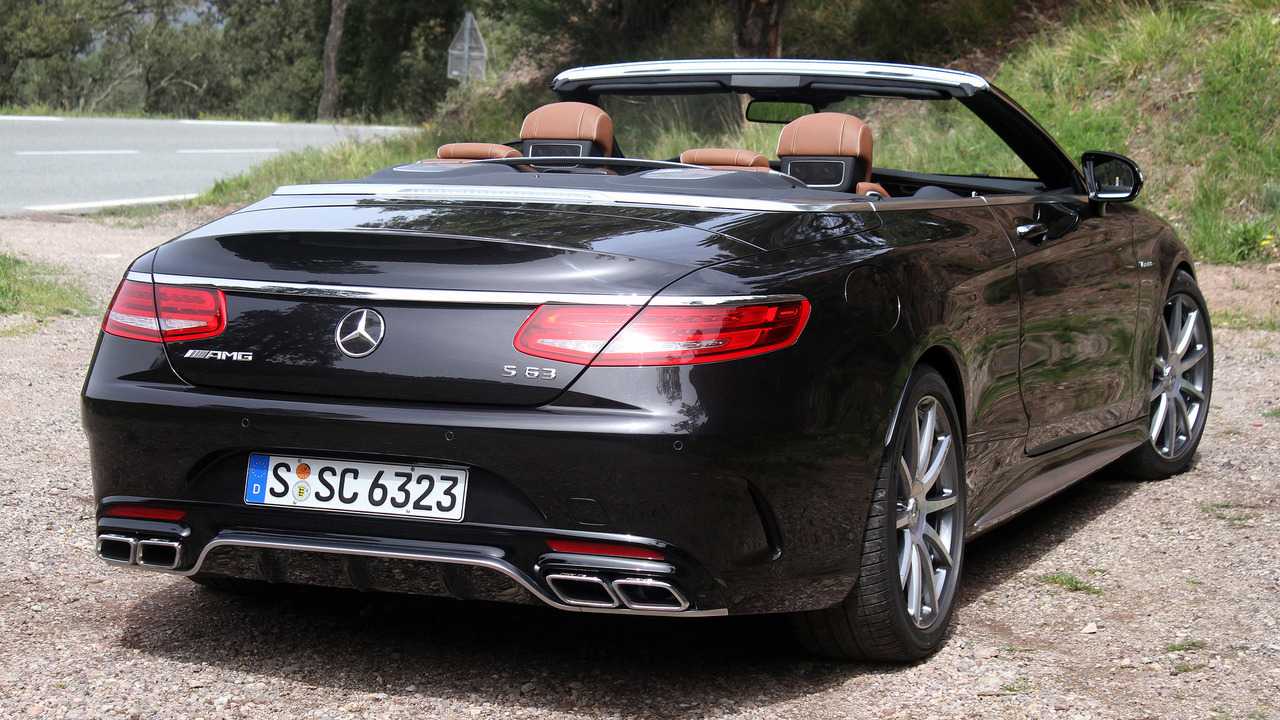 Mountain roads where sports cars prove themselves must be approached with deference in any 2.5-ton car. But select Sport drive and suspension modes, start flicking the nine-speed transmission paddles behind the wheel, and the S63 Cabriolet will throw down all it’s got between the lines, same as the coupe. AMG models use an exclusive steering knuckle, stiffer subframe mountings, and a larger anti-roll bar. The steering is meaty and direct but still bereft of feeling – that’s what the AMG GT S is for, though. The air suspension gets 10-percent less air to achieve the damping and spring rates the engineers wanted – up to 70-percent more spring rate here than in the non-AMG car, while the AMG Performance 4Matic opts for a fixed 33/67 front-to-rear torque split instead of the 45/55 split on a series production Mercedes 4Matic (the S550 Cabriolet won’t be available with all-wheel drive). Swift-but-prudent is a wiser choice than valor when bombing into corners because powering out of them is so easy.

The S63 Cabriolet is made for mountain roads – not for covering them at speed, but for ascending them with imperial mien. You take this car up to your aerie at the top of the hill, or to get the best view of everything you’re going to conquer at the bottom of the hill. In between you cruise the urban boulevards and lose track of the number of affirming nods coming your way. This is Mercedes’ first S-Class convertible four-seater since 1971, and AMG’s first-ever take on one. After 45 years away from the game, Mercedes has re-entered at the top – before you get to really spendy English fare – and remain alone there. The only company it will have will come when that Daimler exec and his designer return from lunch.