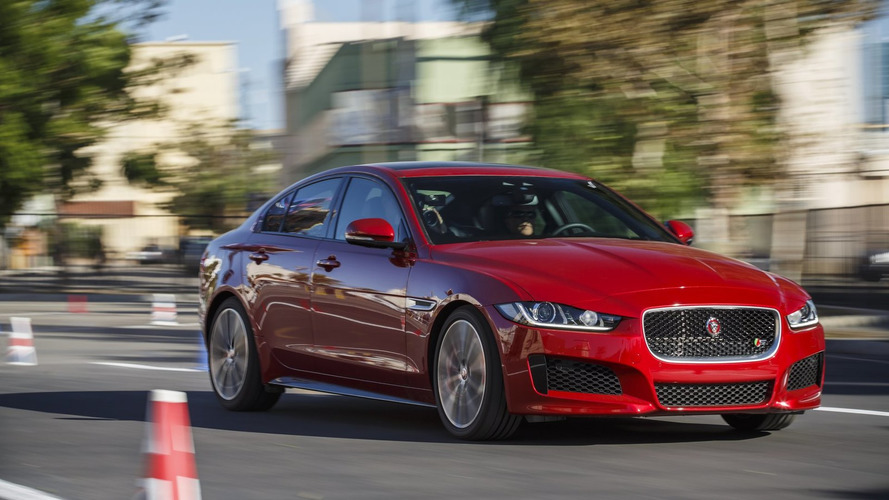 Jaguar whets our appetite for its attractive compact sports sedan, with a brief demo in LA.

Eventually, I hope to drive Jaguar’s new XE. Having written the words, “upcoming BMW 3-Series competitor” so frequently over the last 36 months that I have a macro for it, I will relish the opportunity to see for myself how the alleged sports sedan stacks up.

The truth is that, even though this article is titled “Tested” I only had about 30 minutes behind the wheel of the new Jag, and most of that in Los Angeles traffic. Jaguar was kind enough to invite me to the LA-based event, to preview a show it's taking on the road over the coming weeks and months to promote the XE.

The company will be giving demonstrations of its critical new sedan in major markets across the country, while also offering a taste of the James Bond-esque formula that helps differentiate it from the dominant German competitors. So, like me, potential XE owners will get a rundown of the car, a lap or two in a mild autocross stage, and to ‘act’ as the star of a canned Jag commercial. (You can see my version of acting in the video at the bottom of the page. Be forewarned: I’m very bad.) In the meantime, here are some notes from my first, limited driving experience.