The tenth-generation Civic gets one stunning swan song.

The current Honda Civic isn’t long for this world. Coming sometime next year is the next-generation compact car, but before that happens, the automaker wants to give it another dose of spice. Enter the 2021 Honda Civic Type R Limited Edition, a limited-production (duh) machine that makes the hot hatch even more aggressive and eye-catching.

Alterations from the standard Type R are minimal. The LE comes exclusively in Phoenix Yellow, with gloss black accents on the roof, spoiler, mirror caps, and hood scoop. BBS forged aluminum wheels save 4.5 pounds per corner over the normal rollers, and Honda removed the rear window wiper, cargo shade, and some interior sound deadening for a total of 50 pounds of weight savings. More importantly, the wheels and new-to-Type R Michelin Pilot Cup 2 tires eliminate 22 pounds of unsprung mass. Keen to take advantage of those cuts (and the stickier tires), Honda retuned the dampers and steering slightly, reducing body roll and improving response.

Those all sound like relatively minor changes, particularly since the Limited Edition gets the exact same running gear as the Type R Touring. A turbocharged 2.0-liter inline-four appears under the hood, pushing 306 horsepower and 295 pound-feet to the front wheels via a six-speed manual gearbox. And to be honest, the lighter wheels, stickier tires, and retuned suspension don’t really make their presence known on the road, where speed limits and common sense suggest keeping things below seven-tenths. With that in mind, we hit the track to see if we could plunk out a swan song that befits the Civic Type R Limited Edition.

The South Palm course at the Thermal Club was our home for the day, allowing us ample time to learn the track and become familiar with the Civic Type R family. Our first outing was in a 2021 Type R Touring, which starts at $37,495. A carryover model, the 2021 Touring nonetheless handled South Palm with plenty of grip and accelerative force, thanks in part to updates for the 2020 model year that includes improved engine cooling and a retuned Active Damper System that samples inputs more frequently.

After several laps in the Touring, it was time to slip behind the wheel of the Limited Edition. At lower speeds, the changes relative to the base Type R aren’t obvious. But after crossing the start-finish line a few times, the Phoenix Yellow LE started to make more sense. The stickier tires and firmer dampers yielded palpably higher speeds in corners, while the 22-pound unsprung weight reduction meant faster acceleration on exit – amazingly, we could feel that difference on the track. We noticed we were carrying more speed at the end of each straight, portending good things for the Type R Limited Edition’s performance credentials.

Your author isn’t a professional race car driver, so even on a closed course, extracting every ounce of capability from the Civic Type R is a Sisyphean task. Nevertheless, it’s clear the seemingly minute changes Honda engineers made to the Limited Edition result in distinctive improvements, a feat that’s all the more impressive given South Palm’s relatively short, low-speed layout. We didn’t time each vehicle, but our experience at the Thermal Club makes the Limited Edition’s record-breaking Suzuka lap very believable.

It’s not numbers either, as the Civic Type R Limited Edition also feels more capable and confident. Much of that comes down to the retuned electric power steering. Honda says it benchmarked the manual-assist rack of the first-generation NSX supercar, and amazingly, that isn’t just good marketing. In the drive selector’s most aggressive R+ setting (Comfort and Sport are also available), steering boost also evaporates to almost nothing, but a heavy tiller is worthless if it doesn’t relay information. 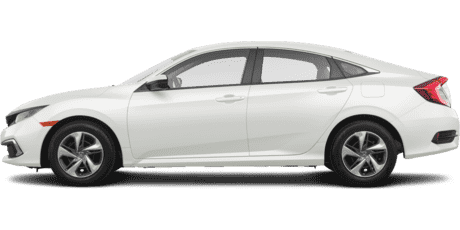 Thankfully, the Limited’s Alcantara-wrapped wheel (shared with other Type Rs) is lively and verbose, relaying exactly how much grip those Cup 2s have left in reserve. Dialing in extra steering lock little by little on one of the track’s wide sweepers, it was abundantly clear when we were approaching the limits of understeer, a testament to the talkative, heavy steering. And in the course of 15 very hard minutes on the track, the Type R never hiccuped, its only shortcoming appearing between the driver seat and the steering wheel – racing is hard, y’all.

Although we were only given on-track time in the 2021 Civic Type R Limited Edition, Honda provided us with a 2020 Type R Touring to get to Thermal from our home base in Los Angeles. An economy car riding on 20-inch wheels and extremely low-profile tires isn’t a great recipe for ride comfort, but the Type R is surprisingly cushy, even on the freeway slab. Some of that is thanks to the Civic’s good bones – strategically placed soft-touch plastic and an exuberant interior design classes up the joint rather well. Meanwhile, the Type R’s aggressive front seats are also well-padded, offering both support and reasonable comfort.

Set to Comfort, the adaptive dampers do a good job of soaking up most imperfections, though large heaves still sent our organs flying upward into the lap belt, an acceptable compromise for the Type R’s exuberant performance. Less satisfying is the relentless tire roar and engine clatter. Speaking of, the Type R’s underhood noises never sound athletic – in sporty driving, only the blatty exhaust note betrays this as a hot hatch, while the 2.0 drones a surprisingly un-Honda-like song. The Type R needs more turbo whistle and less injector clicking, and the whooshing intake could be retuned for some more aural drama.

Overall though, the Civic Type R is a fantastic daily driver for the enthusiast, with more than enough athleticism to scratch that itch on the weekends and plenty of comfort to while away a daily commute. Alas, we’re not completely sure we can say the same of the Limited Edition. Its reduced body roll on-track leads us to believe it might not have as much compliance over rough roads as its Touring sibling. That might be a moot point anyway. Limited to 600 units and starting at a relatively pricey $43,995, the Phoenix Yellow Honda isn’t likely to attract casual commuters.

Instead, the 2021 Honda Civic Type R Limited Edition is all but guaranteed to become a track star for collectors, particularly those who already own a red-badged Honda. (Fun fact: the 2021 model’s color scheme pays homage to the yellow tones available on both the US-market Acura Integra Type R and the forbidden-fruit 1997-2000 Civic Type R.) If the Limited Edition gets relegated to garage duty by speculators, that would be a real shame. If we learned anything in our time behind the wheel, it really belongs on a track.