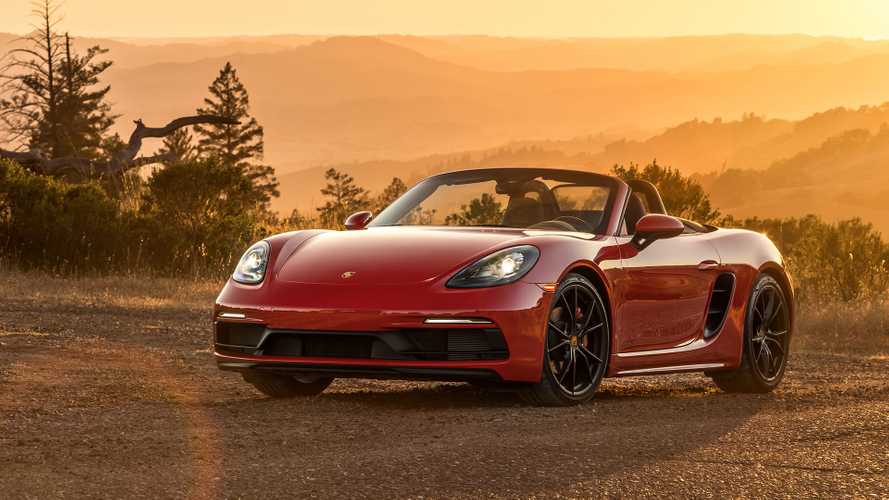 The mid-engine Boxster continues to carry the torch for shift-it-yourself transmissions.

American exceptionalism is a hotly debated subject, but Porsche has revealed an area of red, white, and blue leadership that sports car lovers can all rally behind: The U.S. market buys the highest percentage of new Porsches equipped with traditional H-pattern manual transmissions. U-S-A! U-S-A!

They still only account for a little more than a quarter of the brand’s cars on which throwback DIY gearboxes are available, according to Porsche spokesman Luke Vanderzande, but that is enough to help ensure the continued production of our preferred transmission type.

Which is good, because the six-speed manual transmission available on the $91,000 2018 718 Boxster GTS is more engaging and fun than an automatically shifted seven-speed PDK dual clutch cog-swapper. But the PDK is indisputably faster.

One reason to do that used to be the fact that the closed-roof version of the car was significantly more rigid than the open-top one, which let the suspension and steering do their jobs as designed without the interference of an undamped spring in the form of the twisting, bending chassis.

The 718-generation of the cars brought a substantial increase in structural rigidity, a factor that is particularly relevant to the stiffer-sprung GTS versions, according to 718 chassis project manager Joachim Meyer.

In the original iteration, the base variety of the Boxster was better-handling than the Boxster S on anything other than smooth pavement because the S' stiffer suspension simply twisted that car’s limp chassis over bumps. “The current 718 has very high rigidity,” Meyer explained.

That admirably rigid unibody benefits handsomely from the GTS suspension, which is lowered by 0.39 inches (10mm) in standard form and by 0.78 inches (20mm) when equipped with the sport chassis option. The PASM active shocks are programmed to be stiffer, the GTS rolls on 20-inch base wheels, and the hollow anti-roll bars are both larger in diameter and have thicker-wall tubing. The standard 10-spoke Carrera S4 wheel looks the best to my eye, but there are three other optional 20-inchers for variety.

All this hardware combines to produce a car that stays remarkably flat when slicing up the curves of California’s Napa Valley during Porsche’s press introduction of the car. Porsche Torque Vectoring selectively applies the inside brake while turning to help induce even sharper cornering response in the twisties.

PTV also has a locking differential at its disposal, which it can apply when needed to assist the driver. These functions are utterly transparent, so there is no ability to discern PTV at work, other than to appreciate how nimble the Boxster is ripping through continuous switchbacks.

As ever, those same curves let the Boxster highlight the delightful benefits of its mid-engine design and its corresponding front/rear weight balance. It’s 45 percent front, 55 percent rear in cars equipped with three pedals. The automatic PDK gearbox weighs 66 pounds more than the manual transmission, spoiling that balance ever so slightly, reports the chassis man Meyer, with what seems to be mild annoyance.

I can report that despite its sportier suspension and low-profile 235/35VR20 front and 265/35VR20 rear tires, finding an exceptionally deep and punishing pothole while enjoying a run up Spring Hill Road near our hotel (thanks to valet, Tom, for the recommendation!) produced no ill effects, when I feared a blown tire and bent wheel.

In addition to the upgraded suspension, the GTS package also provides improved braking and a more powerful version of the turbocharged 2.5-liter flat-four engine. The standard four-piston front brake calipers and 12.99-inch (330-mm) rotors come straight from the 911 Carrera, while the optional six-piston front calipers and 13.77-inch (350-mm) carbon-ceramic brakes further shorten braking distances and trim another 15 pounds of mass.

These changes whittle a few seconds from the car’s Nürburgring lap time, trimming it to 7:40 from the previous-generation GTS’s time of 7:56. Perhaps more surprisingly, the car is on par with the 7:39 time of the 911 997 Turbo second generation with the PDK.

No, none of us live at the Nürburgring. But race tracks are one part dynamometer, reflecting the car’s power output, and another part chassis dynamics benchmark. Carmakers can brag about specs all they want, but the only way a car sets a fast lap time is if the engineers have done their homework to produce settled and confidence-inspiring handling, which is something sports car buyers can appreciate in everyday driving.

That is absolutely the case with the new Boxster GTS. Precise steering, powerful and linear brakes, and a slick manual shifter lend the al fresco 718 GTS the sublime qualities promised by the gold Porsche badge on the hood.

Contributing the motive force for this rambunction is the latest refinement of the four-cylinder turbo engine that debuted with the 718. In this guise, the rating is 365 horsepower, an increase of 15 hp over the engine in the 718 S. Torque for the new engine is 317 lb-ft for PDK cars and 310 lb-ft for manuals.

This helps achieve 0-60 mph acceleration of 3.9 seconds and a quarter mile time of 12.3 seconds for the tested PDK car.

While doing so, the 2.0-liter has the characteristic sound of the Subaru boxer four that has become familiar in the decades since Volkswagen and Porsche stopped selling flat fours. But Porsche’s version of the design is a decidedly more bared-teeth breed, with much crisper, quicker throttle response than Subaru’s agricultural heavy-flywheel-feeling engines, even while the exhaust note is much the same.

In the Boxster however, with the top down, intake sound dominates when accelerating out of switchback turns, the Porsche’s turbo whoosh creating the impression that Dyson may have already released its rumored car.

Power delivery is strong and linear from low rpm, with no discernible lag or light-switch boost delivery common in the bad old days of turbocharging, and the intake whoosh of the turbos is only apparent when driving hard with the top down.

The PDK’s shifting, both in automatic mode and when activated by the steering wheel-mounted paddles, is best-in-class among dual-clutch transmissions. Porsche’s calibration of the low-speed clutch engagement continues to set the standard for emulating a planetary automatic transmission’s torque converter.

The six-speed manual transmission’s clutch pedal provides superior feel of its engagement point and low pedal effort. This, combined with the engine’s low-end torque makes creeping around at parking lot speeds effortless and traffic jams less painful than they might otherwise be.

On the road, the cable-actuated shifter is slick, but has noticeably more play than that in, say, the Honda Civic Type R or a Mazda3, which both rival direct-action shifters for their precision. This means that while the Boxster’s shifter is good enough to permit clutchless gear changes while dicing up a back road, it doesn’t quite invite such use.

The 718 Boxster GTS starts at $81,900 and our as-tested PDK example stickers for $91,000, thanks to the automatic transmission, GPS navigation, Porsche Connect Plus, the PASM Sport Suspension that drops ride height by an additional 0.39 inches (10mm), and seat heaters.

This puts the Boxster at twice the price of the original “entry-level” Porsche roadster when it debuted in 1996. But considering inflation since that time, the addition of 150 horsepower, and vastly improved chassis rigidity, it seems like that increase over 22 years is pretty reasonable. If you’re skeptical, just drop the top on the 2018 718 Boxster GTS and take it for a ride. And if you’re feeling nostalgic, choose the manual transmission instead of the PDK. 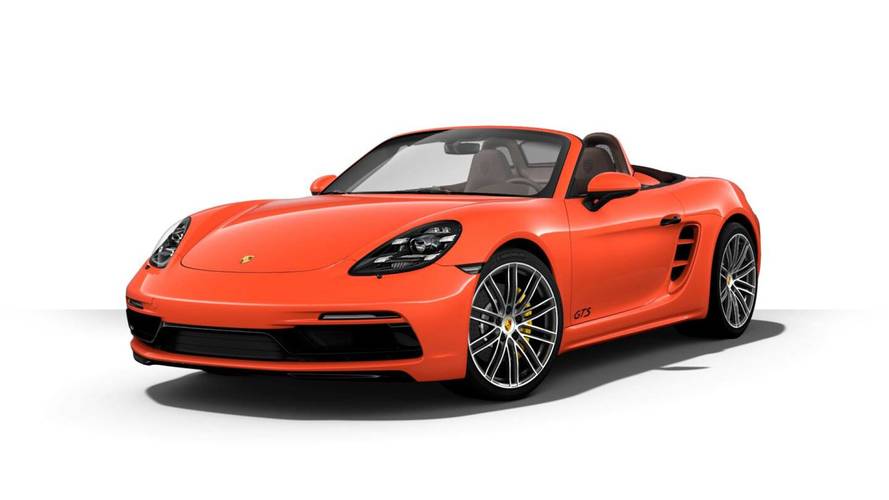