Editor’s Note: Opel/Vauxhall’s new Insignia will cross the pond as the new 2018 Buick Regal in the U.S., so we couldn’t resist the opportunity to post this drive story from our team at Motor1-UK. We’ll have a full test of the American-spec Regal (as in, not a diesel/manual car) in the coming months.

Having brought Vauxhall considerable success in the competitive sedan market, the time has come for an all-new replacement for the Insignia, including a new name. Okay, just a longer name – Insignia Grand Sport – although, curiously, you'll find no "Grand Sport" badging on the car. You'll be distracted from that by the Insignia's more athletic image, which is partly thanks to the car being built on a new platform, allowing for a longer wheelbase, to the benefit of passenger space – and appearance.

Its sharper looks give it the edge over most of its mainstream rivals, and in the right spec the Insignia looks good enough to rival the premium options from Audi and BMW. The Insignia sits 1.1 inches lower and is a quarter of an inch wider than before with bodywork that is much more sculpted. Meanwhile, the roofline has a more coupe-like profile, partly influenced by the car now being available only as a five-door hatchback or a wagon. 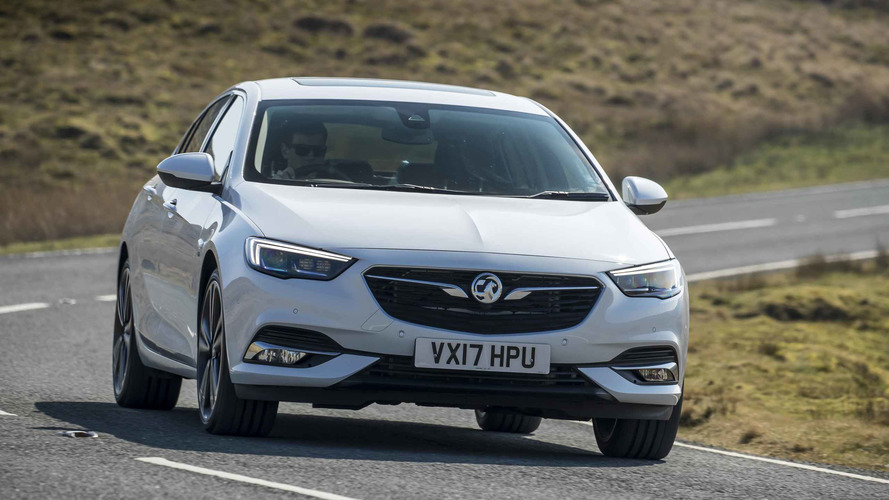 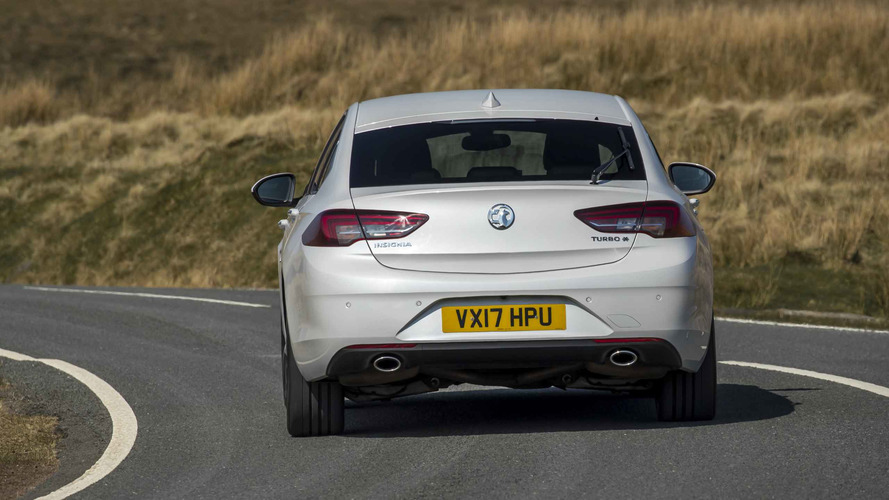 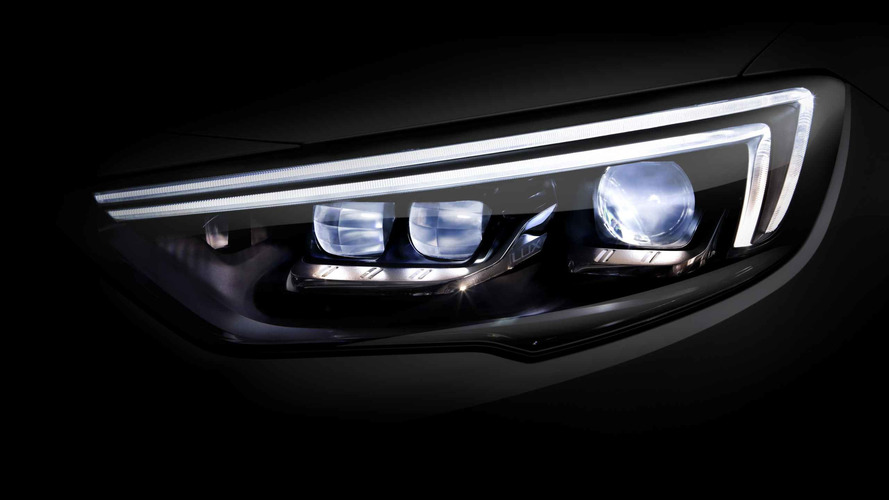 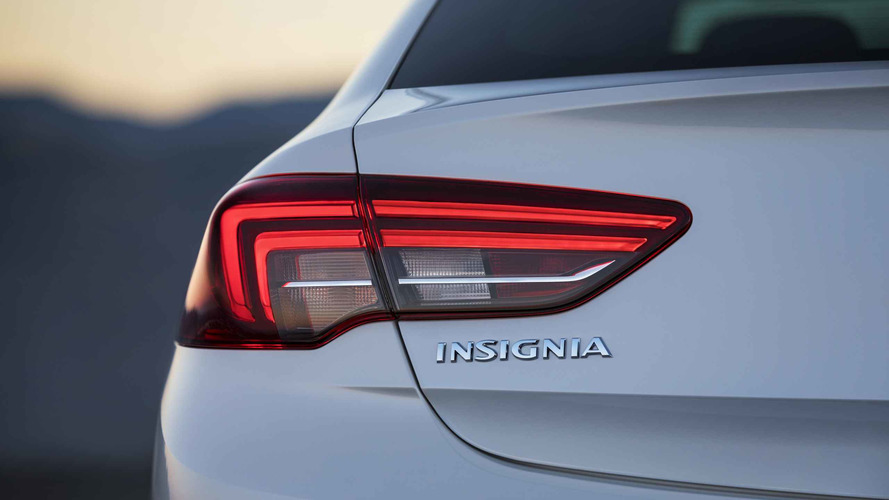 An all-new 1.5-liter turbocharged four-cylinder gasoline engine has been introduced, too, though with the market being dominated by business users and fleet buyers, it is the familiar 1.6-liter diesel, and the 2.0-liter diesel reviewed here, that will be of greater interest to buyers.

New high-tech headlights contribute greatly to the sleeker appearance of the Insignia Grand Sport, which, on higher grade models, will include the company’s latest IntelliLux matrix lighting. This consists of 32 LED elements that can provide increased levels of illumination in all conditions. Regardless of what grade you choose, the new Insignia is a handsome car and comes with 17-inch alloy wheels as standard and the choice of up to 20-inch rims depending on engine.

A more modern-looking interior greets you when you sit inside. It is an evolution of what was first seen in the 2015 Astra, with Vauxhall focussing more on minimizing button count and maximizing the quality of the materials used throughout. The upper section of the center console features a seven-inch touchscreen as standard, with the choice of a larger eight-inch unit. These enable smartphone connectivity, of course, and offer satellite navigation that links in with Vauxhall’s OnStar Personal Assistant service. It is also possible to have a separate 4G/LTE Wi-Fi Hotspot that can provide an internet connection to multiple devices for your passengers.

Even though the roofline appears more tapered, Vauxhall tells us that rear passenger headroom has increased by about a quarter inch and legroom has been improved by an inch.

Even though the roofline appears more tapered, Vauxhall tells us that rear passenger headroom has increased by about a quarter inch and legroom has been improved by an inch thanks to that stretch in wheelbase. However, the middle seat is still limited by a wide transmission tunnel and higher seat base. Another reason to grab the outer rear seats on a long journey comes in the shape of optional heating. The trunk space, at 17.3 cubic feet, will satisfy most and the hatchback-only rear now adds to the versatility. The rear seats have a 40:60 split as standard, but buyers can specify a 40:20:40 split, too. Folding the seats forward expands cargo capacity to 51.2 cubic feet.

Going on driving position alone you might expect the new Insignia Grand Sport to be quite a driver-oriented car. You sit just over an inch lower than before and the dashboard height has also been brought down, so you do feel more immersed in the cockpit. The front seat and steering wheel offer lots of adjustability to help you find a comfortable driving position. Slim A-pillars contribute to what is a largely unobstructed view out the front, but rear visibility isn’t helped by that sloped rear window and three headrests.

The new multifunction steering wheel feels the right size and the new button layout is more intuitive to use, too. Vauxhall has introduced a new optional head-up display, as well, and it’s as good as you'll find in any premium car; its large display is clear and easy to read, especially when using the navigation, yet it isn’t so big that it becomes distracting. 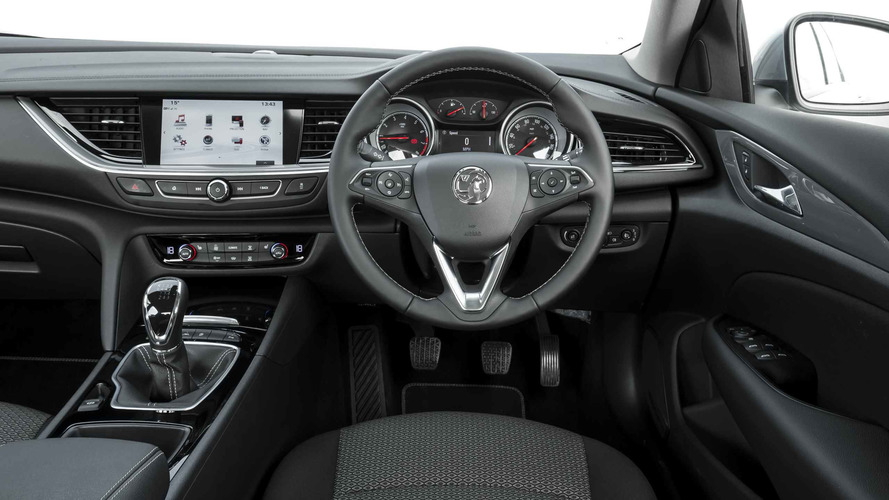 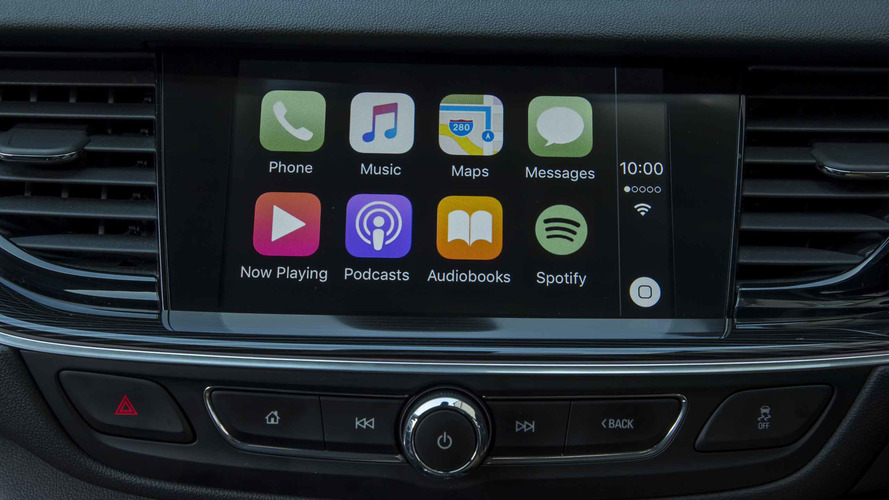 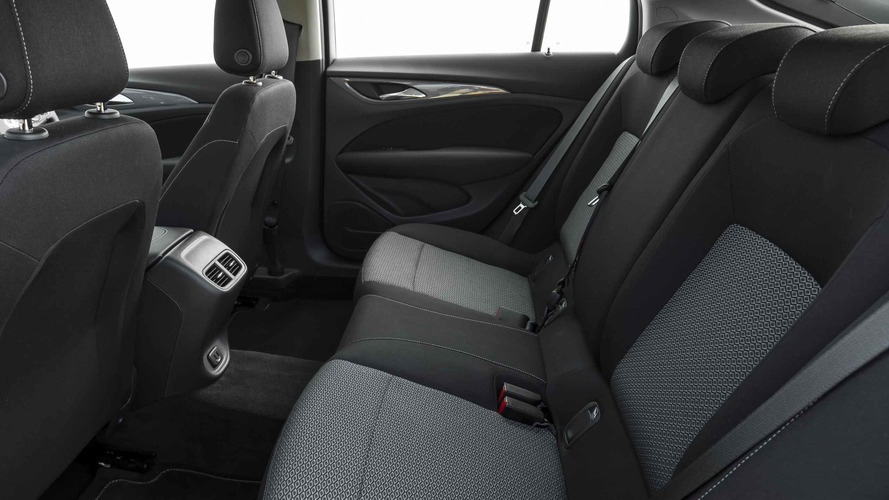 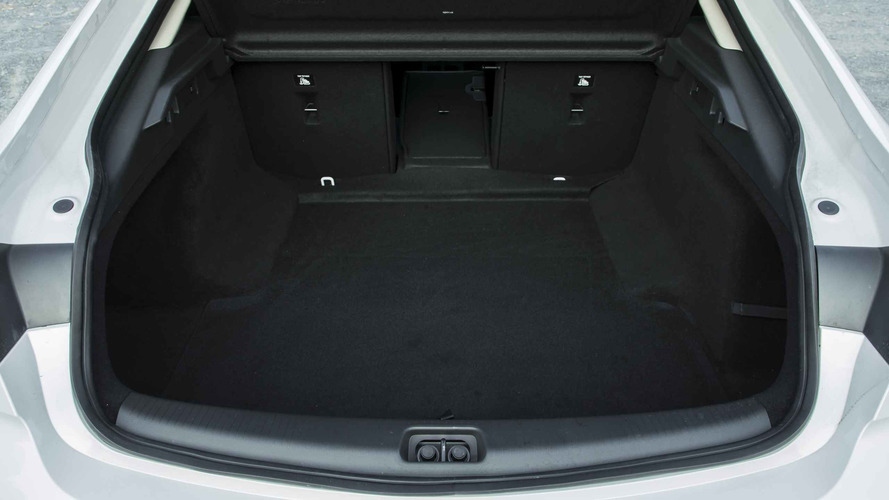 What will be immediately apparent to any drivers of the previous Insignia is the decrease in noise levels within the cabin when on the move. This is one area that Vauxhall has worked hard at improving and to a large extent it has succeeded. Even when fitted with larger wheels there is less road noise transmitted through the cabin than before. Vauxhall has carried over its diesel engines from the outgoing Insignia, and this 170-horsepower 2.0-liter unit with 295 pound-feet of torque has the right amount of performance at the lower end of the rev range. Even when you do work it that little bit harder, it remains relatively smooth compared to some other diesel engines out there.

What does let the drive down a little is the six-speed manual gearbox. While the gear selector’s positioning is at a good height, if you tend to sit closer to the steering wheel you may find it a bit of a reach back when selecting second, fourth, or sixth gears. The actual selector doesn’t feel particularly nice in hand, either.

Vauxhall's new Insignia undoubtedly stands out as one of the more attractive options in the segment. It's also a considerable step up from the previous car.

That aside, the Insignia Grand Sport rides far more smoothly than the car it replaces. Its standard suspension soaks up bigger bumps with ease and has a well-tuned damper setup to prevent it from becoming too busy over mixed surfaces. You can specify the FlexRide adaptive chassis system, which alters the suspension to suit the chosen driving style. However, when we tried this we found the "Sport" mode to be overly stiff, even on well-surfaced roads. Choosing this setting also reduces steering assistance and sharpens throttle response.

On the other hand, the "Tour" mode, which is akin to a comfort setting, resulted in the ride becoming very floaty, and while it was suitable for highway sections it was soon turned off in other scenarios. We would happily settle for the car’s standard suspension setup. 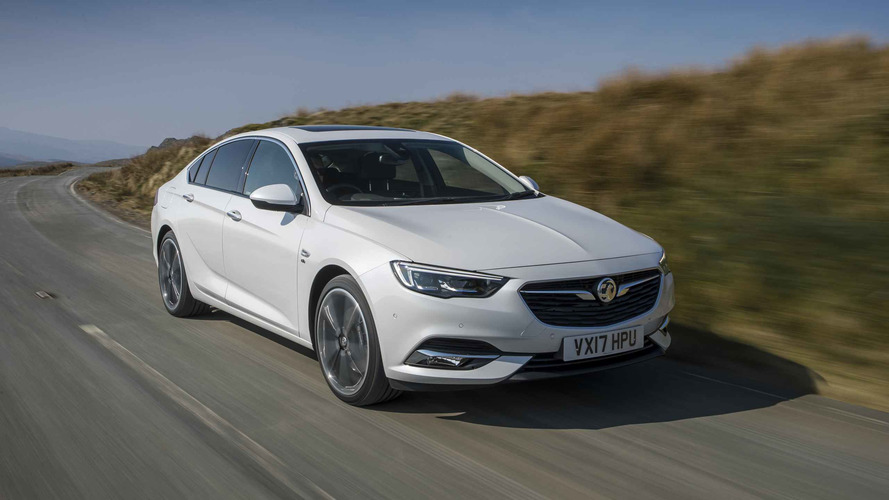 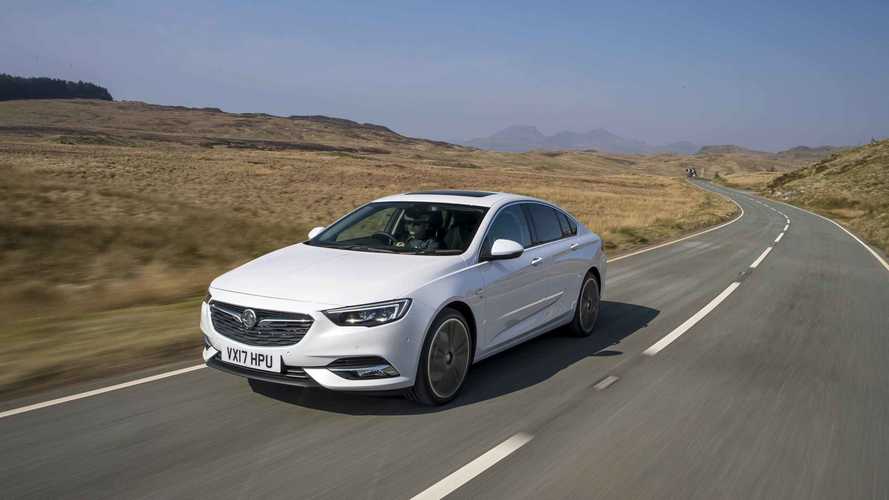 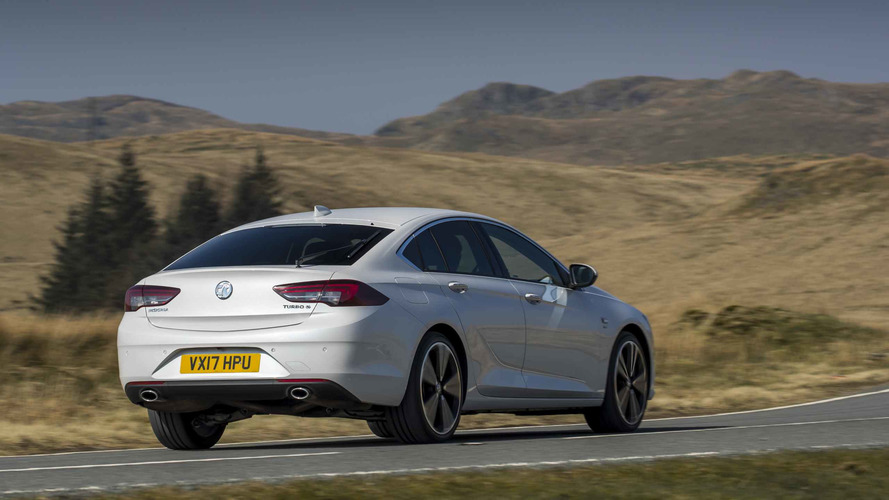 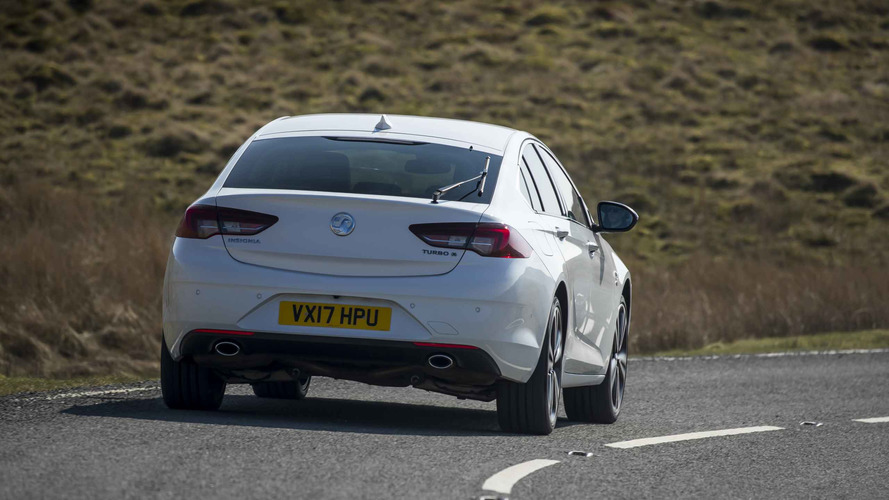 Freeway cruising aside, the Insignia Grand Sport provides an entertaining drive when you show it a more free-flowing section of road. There is a minimal amount of body roll in the bends, and the front end provides enough grip and feedback through the steering to communicate to you what’s happening. Through directional changes and under braking there is no discernible weight shift, either, which is a by-product of a lower centre of gravity. First impressions of the Insignia's chassis therefore are good, but not what you'd call class-leading.

Vauxhall's new Insignia undoubtedly stands out as one of the more attractive options in the segment. It's also a considerable step up from the previous car, so those upgrading to the new car from the old will love it.

Positives include good levels of equipment across the range and economical engine options. The new Insignia is refined, too. But when it comes down to the crunch and spending long periods behind the wheel, as many will with such a car, it stops short of challenging the premium German rivals. Nonetheless, its refinement and comfort give it an edge over most mainstream rivals, which is job done really.