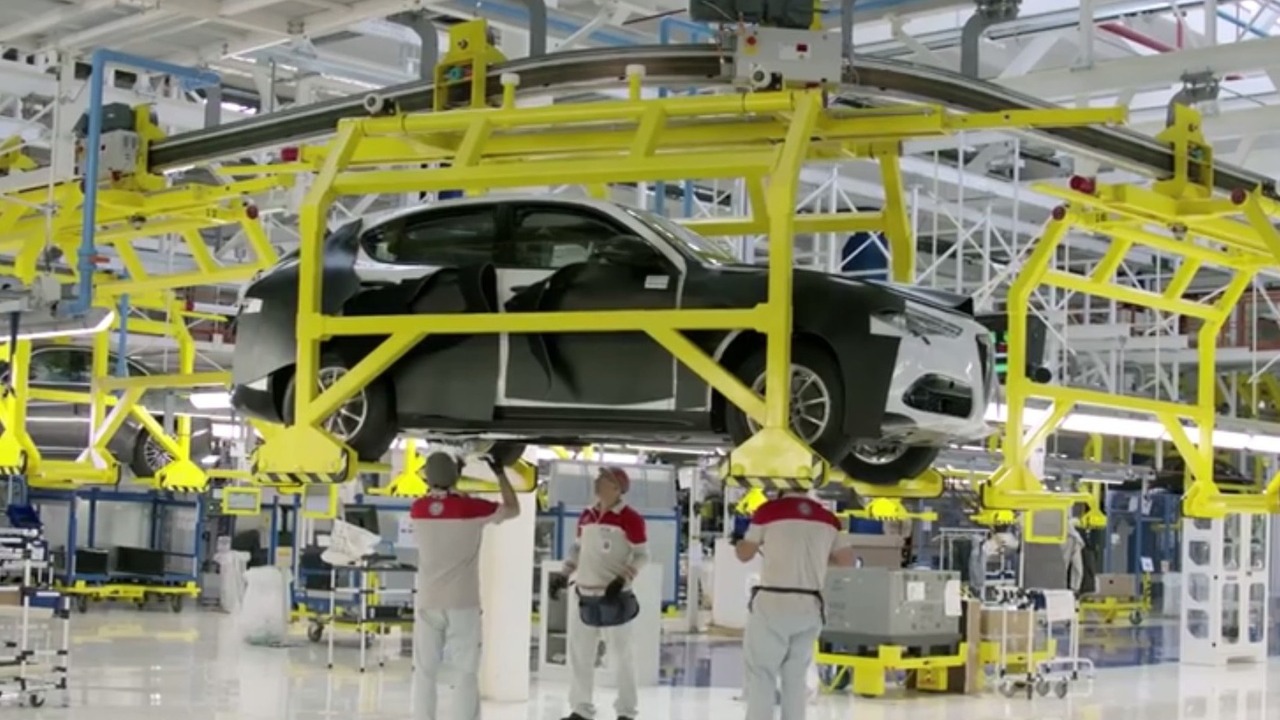 The near-production prototype looks rather underwhelming in this low-spec trim.

[update] FCA has decided to remove the video, but thankfully we still have the screenshot.

Fiat Chrysler Automobiles has on its official YouTube account a video shot at Alfa Romeo’s factory in Cassino where the Giulia is being assembled. While a large portion of the clip is showing how the sedan is being put together, at the 1:17 mark we can check out what appears to be a near-production prototype of Alfa’s first-ever SUV, the Stelvio. Did they partially reveal the car by accident? Not really.

Intentional or not, the “leak” does allow us to take a closer look at the Stelvio in all of its entry-level trim glory. The small wheels and black door handles are both signs of a base model, so hopefully the upper-spec trims will look better. Alfa’s first foray into the hugely competitive SUV segment looks more or less like a Giulia on stilts, but perhaps it would be better to reserve our final judgment until that protective film will come off to reveal the full design.

It will happen in November during the Los Angeles Auto Show where FCA has already confirmed to bring the Stelvio, although official images could be published as early as next month to create more buzz around it. Named after a mountain pass in northern Italy, the high-riding Alfa will be a tad bigger than the BMW X3 and is going to be offered with just about the same engines as the Giulia. Alfa will sell the SUV with both rear- and all-wheel-drive layouts, and in Europe it will likely get a turbodiesel 2.2-liter unit delivering 148 & 178 hp as it does in the Giulia.

Further down the line, the Stelvio might receive a spicy Quadrifoglio version with the same 505-hp biturbo 2.9-liter V6 powering the Giulia Q, now the quickest sedan on the ‘Ring with a 7:32 time.

Production of the Stelvio will kick off at the Cassino plant either by the year’s end or early 2017, so customer deliveries probably won’t begin until spring.