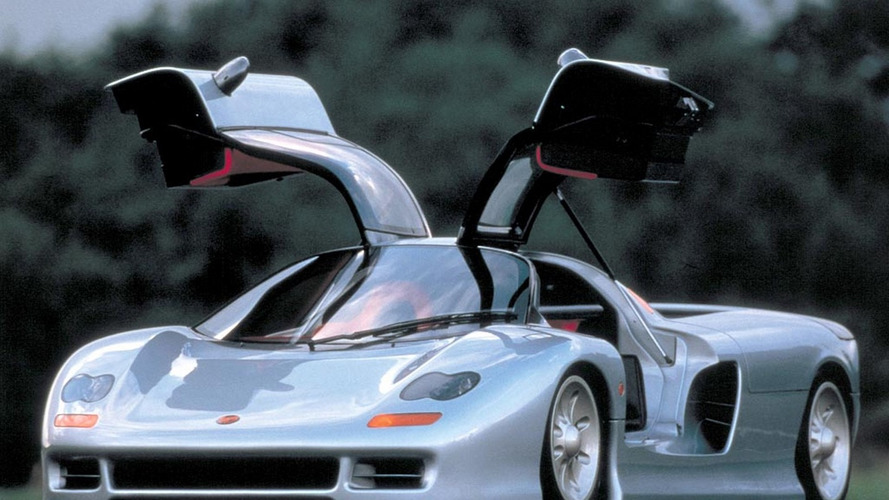 We are pretty sure only a handful of people remember the 1988 Jiotto Caspita which back in the day was billed as being a Formula 1 car for the road.

We are pretty sure only a handful of people remember the Jiotto Caspita which back in the day was billed as being a Formula 1 car for the road.

The project dates back to 1988 when Yoshikata Tsukamoto and Minoru Hayashi came up with the idea to develop a brand new supercar. The former was president of Wacoal Corp, a company manufacturing women apparel, while the latter was president of Dome, a race car manufacturer and developer from Japan.

Wacoal Corp initiated the project and Dome was in charge of research and manufacturing while Jiotto Design took care of the supercar’s styling. The main idea was to create a mid-engined vehicle with rear-wheel drive benefitting from a lightweight construction and an aerodynamic body.

It was developed with an electrically-retractable rear spoiler and combined aluminum with carbon fiber reinforced plastic (remember it was the late 80s) to achieve a low weight of only 2,734 pounds (1,240 kilograms). It was envisioned with gullwing doors and it even had a hydraulic lift suspension system raising the car by 2.3 inches (six centimeters).

The reason why it was labeled as a Formula 1 car for the road is because the original version came with a Subaru-sourced 12-cylinder engine co-developed with Motori Moderni and derived from an F1 car. The 3.5-liter, flat-12 motor was detuned to 450 horsepower (335 kilowatts) and 268 pound-feet (363 newton meters) of torque delivered to the rear axle through a six-speed Weismann gearbox.

In this configuration it made its public debut at the 1989 Tokyo Motor Show where it generated a lot of buzz and the plan was to launch a production car with an estimated price of $700,000 (¥100,000,000). Production was supposed to start in October 1990 and only 30 units were scheduled for assembly over the course of five years.

For the 1990 Formula 1 season, Subaru supplied that twelve-cylinder engine to Scuderia Coloni team, but the partnership came to an end because Subaru wasn’t happy with the car’s results. Consequently, the Jiotto Caspita was left without an engine, so the engineers had to look elsewhere for a heart. It was in 1993 when a second car was made using a Judd race-spec V10 producing 585 hp (436 kW) and 284 lb-ft (385 Nm) at a mind-blowing 10,500 rpm.

The V10-powered Jiotto Caspita also looked a little bit different and had some pretty amazing performances, running the sprint to 60 miles per hour (96 kilometers per hour) in 4.7 seconds and topping out at 199 mph (320 kph). Keep in mind these figures are just estimations made based on the car’s technical specifications as the developers never actually published any performance stats.

Unfortunately, the updated V10 model failed to reach the assembly line as it saw the light of day right around the time when the car industry was hit by a global recession. As a consequence, demand for high-end automobiles like supercars plummeted, so there wasn’t a viable business case for it anymore.

All in all, the Jiotto Caspita was the victim of bad timing and it’s a real shame it didn’t make it since it had a lot of potential, especially the 1993 variant that looked better and was basically ready for production.

Note: The 1993 model is the one painted in light olive.