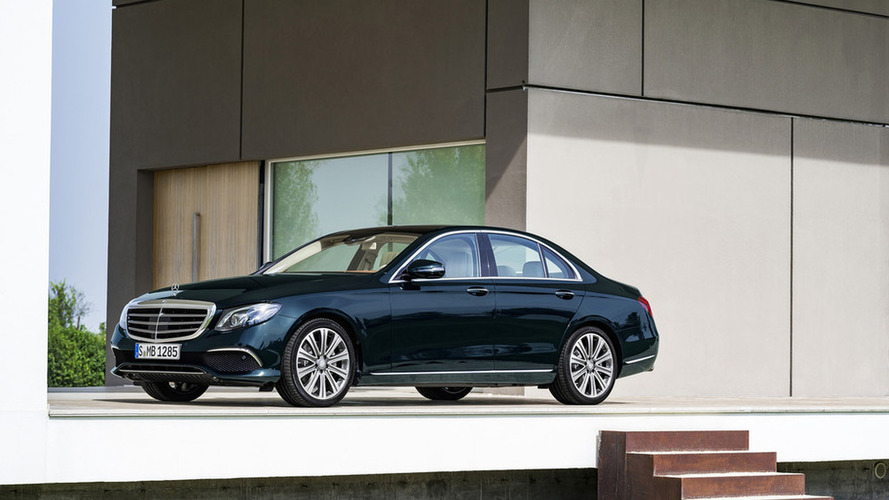 The 2016 Mercedes-Benz E Class made a big splash at the 2016 Detroit Auto Show and now we have some information regarding its pricing.

[update] - Mercedes-Benz has released the full official German pricing information about the all-new E Class executive sedan and we can confirm the pricing we shared over the weekend was correct. The company also confirmed the model is already available to order and deliveries will start from April.

All three models (E 200, E 200d, and E 350d) are equipped with the 9G-TRONIC nine-speed automatic transmission as standard. The model can be equipped with optional multibeam LED headlights ($2,525), Air Body Control system ($2,462), remote control parking system, and many more. Higher-end models will be offered with individually configurable double display ($1,101), and the COMAND multimedia system ($3,562).

The 2016 Mercedes-Benz E Class made a big splash at the 2016 Detroit Auto Show and now we have some information regarding its pricing.

While nothing is official yet, Mercedes-Benz Passion Blog reports the all-new premium sedan will start from $49,436 (€45,303) for the E 200 version with a 2.0-liter turbocharged petrol engine. Interestingly, this price is for a model equipped with a 9G-TRONIC automatic gearbox and we still don't have information whether a 6-speed manual will be offered.

The first Mercedes-AMG version with 402 horsepower is expected to arrive in June and will wear the E 43 AMG moniker. A CNG version is not planned at this point.