No W16 Hypercar For You! Bugatti Chiron And Bolide Are Officially Sold Out

The Molsheim-based marque aims to deliver at least 80 cars in 2022.

It was the end of October 2021 when Bugatti "warned" one-percenters about the time running out to buy a Chiron. At that moment, fewer than 40 build slots were still available, but that's no longer the case as the remaining hypercars have all been spoken for. In total, 150 customers with deep pockets ordered the W16 monster last year, 60 percent of which were new to the Molsheim brand.

Of the 150 wealthy future owners, 40 of them opted for the Bolide aka "the most extreme Bugatti ever." Even though the track-only beast was shown in a production-intent guise at The Quail back in August, the French marque only needed a couple of months to sell all build slots. These were available for a cool €4 million a pop (before taxes) and the cars won't be delivered sooner than 2024.

2021 was a busy year for Bugatti as it kicked off deliveries of the Super Sport 300+ and shipped the one-off $13.4-million La Voiture Noire to its mysterious owner. In addition, all Divo units were handed over during the last 12 months when the company inaugurated four showrooms in Tokyo, Singapore, Riyadh, and Manchester.

As for what Bugatti has in tow for 2022, all ten examples of the EB 110-flavored Centodieci will be finalized and shipped to the owners. Customer deliveries of the Super Sport 300 (without the +) are going to kick off soon as part of Bugatti's greater plan to ship at least 80 vehicles this year.

Of course, 2022 is important for another reason – the newly formed joint company, Bugatti Rimac, will begin work with 435 employees. 300 will be based in Zagreb and 135 in Molsheim, plus 180 from the VW Group's development center in Wolfsburg.

The Many Faces Of The W16 Beast: 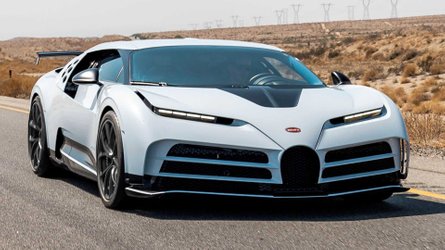 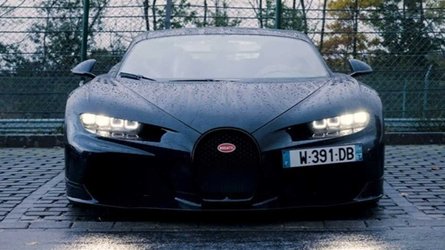 Bugatti Chiron Super Sport Hits The Nurburgring And The Autobahn

As a refresher, the Rimac Group holds 55 percent of the shares while the remaining 45 percent of the shares belong to Porsche. Mate Rimac, founder and CEO of Rimac Automobili, is the CEO of the new company headquartered in Sveta Nedelja. Porsche will serve as a "strategic shareholder," with Porsche chairman Oliver Blume member of the supervisory board along with Lutz Meschke, Porsche deputy chairman and CFO.

Both Bugatti and Rimac promise to deliver "separate and extraordinary vehicles."