EVs are the future, but the company has told us efficient ICEs won't be dropped anytime soon.

During the week between Christmas and the New Year, most of us stayed at home recharging our batteries for 2022. However, that wasn’t the case for Business Korea and The Korea Economic Daily as both newspapers from Hyundai's home country published reports about the automaker's decision to close its R&D department in charge of combustion engines.

We contacted Hyundai right away to confirm or deny the speculations made by the media in South Korea, and we now have an official response from a company representative. In an e-mail sent to Motor1.com, Senior Group Manager at Hyundai Motor America, Michael Stewart, said:

"Hyundai Motor Group can confirm that it is not halting the development of its engines following recent media speculation. The Group is dedicated to providing a strong portfolio of powertrains to global customers, which includes a combination of highly efficient engines and zero emissions electric motors."

There you have it – Hyundai isn't quite done yet with the ol' ICE. The decision isn't all too surprising considering an official announcement made last September about becoming a purely electric brand no sooner than 2035 in Europe. The Old Continent will likely be the first region in the world to drop gasoline and diesel engines in passenger cars provided the EU's proposal about banning conventionally powered vehicles will be favorably voted.

2035 is still a long way to go, and with Euro 7 regulations coming into effect in the latter half of this decade, Hyundai still needs to work on combustion engines to make them cleaner and more efficient. Fast forward to 2040, the Asian brand aims to sell only EVs in most major global markets. In 18 years from now, battery-electric and fuel cell electric vehicles should account for 80 percent of annual sales.

EVs Are The Future: 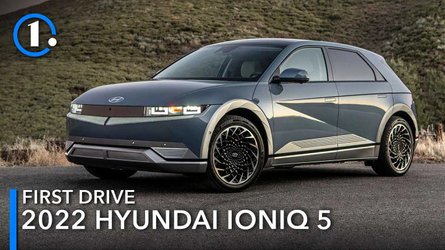 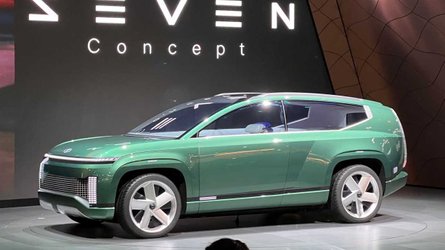 Speaking of hydrogen, a separate report published in the final days of 2021 by The Chosun Ilbo claimed Hyundai had halted the development of next-generation fuel cell technology. However, that also turned out to be false since the business newspaper Maeil Business received an official response from a company spokesperson who refuted the rumor: "The automaker denies the speculation, claiming its roadmap on next-generation fuel cell development and electrification of Genesis fleet remains intact."

In other words, Hyundai is pressing ahead on all fronts by offering a wide variety of powertrains to suit different market preferences. Yes, the combustion engine is living on borrowed time, but it won't simply be dropped overnight.