This looks like an old Top Gear episode, which is excellent.

Older but not necessarily any wiser, the boys are back. Our favorite trio is heading to France to check out some of the domestic cars, which are typically known for being among the quirkiest in the industry. Sending out strong old Top Gear format vibes, the trailer starts off with a "flying" Citroën C3 Pluriel and includes a lot of destruction and mayhem, varying from dropping a 2CV to abusing the hell out of a poor Renault Scenic.

From throwing a Citroën Berlingo off a cliff to racing some old hot hatchbacks – including the original Renault Megane RS, "Carnage a Trois" seems to focus more on cars than any other The Grand Tour special in recent memory. Those wondering what sort of contraption appears at the 0:28, the weird car featuring a large propeller is the rather obscure Leyat Hélica aka "The Plane without Wings."

Have You Seen The Previous Special? 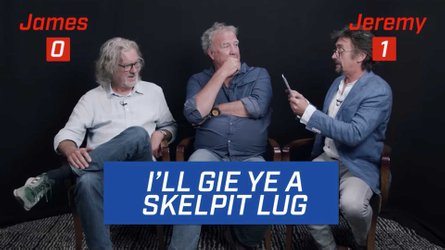 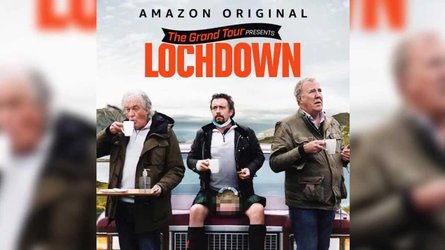 The trailer gives us the impression one of the cars prominently featured in the special is a lovely Citroën SM, which is hands down one of the most interesting cars ever made by the company with the double chevron logo. For whatever reason, it would seem that Jeremy Clarkson, James May, and Richard Hammond are blowing up a BMW 5 Series Touring from the E61 generation. That's obviously not a French car, so we're interested to find out the story behind the explosion.

Aside from visiting the country's beautiful countryside, the boys also head to town where the "Hamster" is not exactly careful while parking the Scenic minivan. He admits he has a soft spot for the SM and would like to own one, and Clarkson is also particularly fond of the oddly designed sports coupe of the 1970s.

"The Grand Tour Presents: Carnage A Trois" will be out on Amazon Prime on December 17.