The idea's peculiar but the execution's superb.

Meet, the Chevy 789. If you think you haven't heard that nameplate before, well, you're right. The truth is, the 789 here from Anaheim, California is only a few in existence, owned by Gene Langmesser and featured on this episode of Ridiculous Rides.

To create this hot mess, Langmesser had to buy a brand new Camaro and strip it off. He then had to use 1,500 pounds of clay on it to design the body, which was fabricated out of carbon fiber composite with layers of fiberglass for a better paint finish.

After 5,000 hours of work, Langmesser finished the build. According to him, he "wanted to create a classic, old school car with today's technology." However, it seems like he's undecided as to which one of his favorite classics he'll be inspired with, so he went for all three.

Not The Usual Type Of Weird: 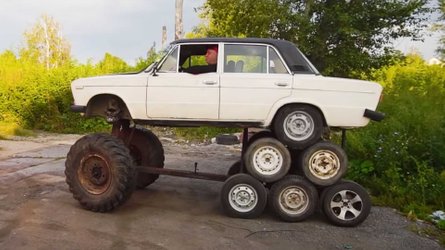 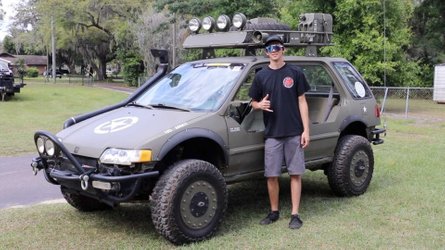 The front, of course, comes from the 1957 Bel Air, the facelifted version, which changes that can be seen on the reworked lower bumper. The middle section, on the other hand, comes from the 1958 Delray Ragtop. The rear-end's probably the most notable, with the iconic "bird in flight" design from the 1959 Impala.

For what it's worth, we think Langmesser's idea was kind of odd, weird even, but the final product shows a high level of craftsmanship and bodywork, which made the whole thing cool in the end. If you like this as much as we do, Langmesser is accepting commissioned work through his company N2A Motors.