It's only a slight bump from the previous generation.

There aren't many new cars left in the world that are affordable (relatively speaking) and dedicated to the sheer pleasure of driving. The Toyota GR86 is among them, delivering the classic front-engine rear-drive formula with three pedals and enough power to be entertaining. The good news for 2022 is the sports car is still affordable, posting just a small increase from the previous model.

Specifically, you'll pay $27,700 for the entry-level GR86. That's $640 more than its predecessor, which was also slower thanks to less power under the hood. The price doesn't include a mandatory processing/delivery fee of $1,025, which is exactly the same fee for the old model. All total, you're looking at $28,725 for a base model 2022 GR86 that still gets the same 228-horsepower (170-kilowatt) 2.4-liter four-pot and slick-shifting six-speed manual as the more expensive model. 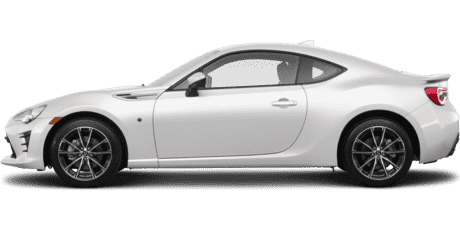 Speaking of more expensive, the GR86 Premium also sees just a small increase from its predecessor. $30,300 is the starting price, which climbs to $31,325 once the mandatory fee is included.

Whether you choose the base model or Premium, opting for an automatic transmission adds $1,500 to the price. But ask yourself this: do you really want a GR86 with the auto? We drove the GR86 in August, and our personal experience says this car with the six-speed stick is fantastic fun. It's also a bit quicker than the automatic, with Toyota stating a 0-60 mph time of 6.1 seconds rowing your own gears.

That said, we didn't mind driving the six-speed automatic, which can be left to its own devices or paddle-shifted should you desire. The gearbox is tweaked for 2022; we were impressed with its snappy shifts and redline-loving nature.

The 2022 Toyota GR86 should reach dealerships in December.