Czinger 21C Sets Another Lap Record, At Circuit Of The Americas

An American supercar setting a speed record at the most American race track.

Czinger continues the promotional activities surrounding the launch of the production-spec 21C supercar. After setting a new record at the WeatherTech Laguna Seca Raceway in California in August, the American manufacturer visited the Circuit of the Americas for another record-setting session. With driver Joel Miller behind the wheel, the 21C registered a GPS-tracked lap time of 2:11:33 minutes, beating the previous record of 2:17:12 minutes by more than five seconds.

Czinger is especially proud of the fact that the new record was achieved with a full production example of the supercar equipped with all the features required for legal street use. Or, to put it in a different way, the machine from the video at the top of this page had full interior, lighting, and was running on Michelin Pilot Cup 2R street tires. Basically, you’ll be able to buy the exact same car and wait for a delivery in early 2023.

“Czinger Vehicles is an American company. This company designs, manufactures, and assembles in California. We own all the IP, America owns all the IP, but we also represent the American attributes and spirit of inclusion and opportunity. Our team has come from all over America and the world to join us,” Lukas Czinger, VP of Operations at Czinger, commented.

To achieve a lap time that is more than five seconds faster than what the McLaren P1 was capable of at the Circuit of the Americas, the Czinger 21C used a twin-turbo 2.88-liter flat-plane crank V8. The engine is supported by two electric motors, one for each front wheel, giving the American supercar all-wheel-drive capability and a peak output of 1,250 horsepower (932 kilowatts).

The Magic Behind The 21C: 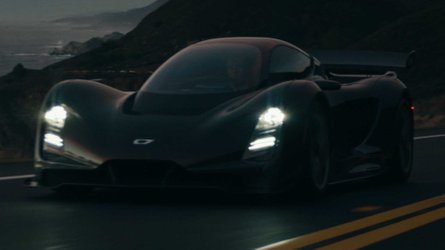 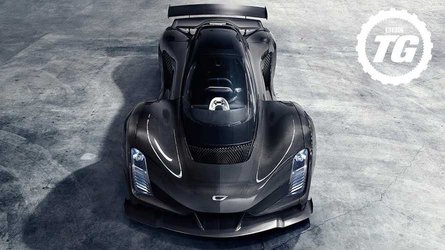 In an era of crazy Bugatti and Koenigsegg hypercars, that number might not sound shocking, though it’s more than decent when you consider the car’s weight of just 2,734 pounds (1,240 kilograms). Czinger will produce just 80 examples of the 21C supercar. An even more powerful version is under development.