Inside, there's a big bed.

After the recent revival in interest in campers and RVs, it seems like 1970s style custom vans might be the next roadtrip-loving vehicles to gain popularity. As an example of what could become a more common sight on the road soon, check out DragonHeart.

Jeff McCasland's family purchased this Chevrolet van new in July 1976. His father was an upholster and proceeded to customize the interior in a dragon-themed motif. Jeff took over the van in 2000 when his parents upgraded, and he added the wild exterior.

The heavily altered van has an overhauled front end with a dual-panel clamshell hood, new grille, and Pontiac Bonneville headlights. The revised bodywork on the nose, including the splitter, is metal. 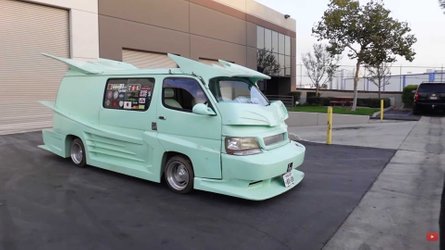 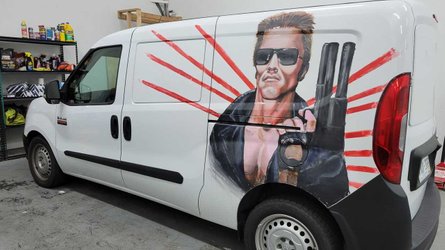 The customizations also include bits like the fender vents coming from a Chevy Camaro and front door handles from an AMC Matador. The running boards are cherry wood planks from a tree on his grandparents' farm. A gullwing-opening door is on the passenger side.

The custom paintwork is especially impressive for the quality workmanship, even if it doesn't fit your personal style. McCasland hired someone to do all the pinstriping by hand. The artist decorated the body in swirls and dragons, including a massive mural covering the rear.

The interior shows the downside of a van versus a camper or RV. While there's a small sink, a person is missing out on amenities like a toilet, shower, or full kitchenette. On the other hand, a van is generally smaller, making it much easier to maneuver.

DragonHeart has a fairly large bed and carpeted floor. In proper 1970s fashion, there's a CB so you can converse with truckers during a trip. Above the bed, there's a cassette player, and it's just in time for enjoying the growing resurgence of that audio format.

At the end of the video, McCasland wins second place in his class for DragonHeart.